Coach Duggs took a tough loss last night. Whatever, shit happens. His season is far from over. He has a big game on Friday night against....The Connecticut UConn Huskies.

As the resident UConn football fan, I was excited by this news. Probably the most excited I have been about UConn since they beat Houston in 2015 or when they were in the real Tostitos Fiesta Bowl in 2011:

The excitement of UConn playing in a big, albeit virtual, game left my body pretty quickly as I remembered the 2011 Fiesta Bowl. It was truly the day UConn Football died.

I forgot to mention that Edsall forced RB Jordan Toddman to tell the team after the loss that he would be leaving for the NFL. Just hours later he took the Maryland job without telling anybody on the team.

UConn hasn't had a winning season since 2010. They're 23-78 against FBS competition since the 2011 Fiesta Bowl. They went to the AAC, did nothing, and are now an independent. If you go to their #1 forum, The Boneyard, the top thread right now is asking the question "would we save money if the season was canceled:" 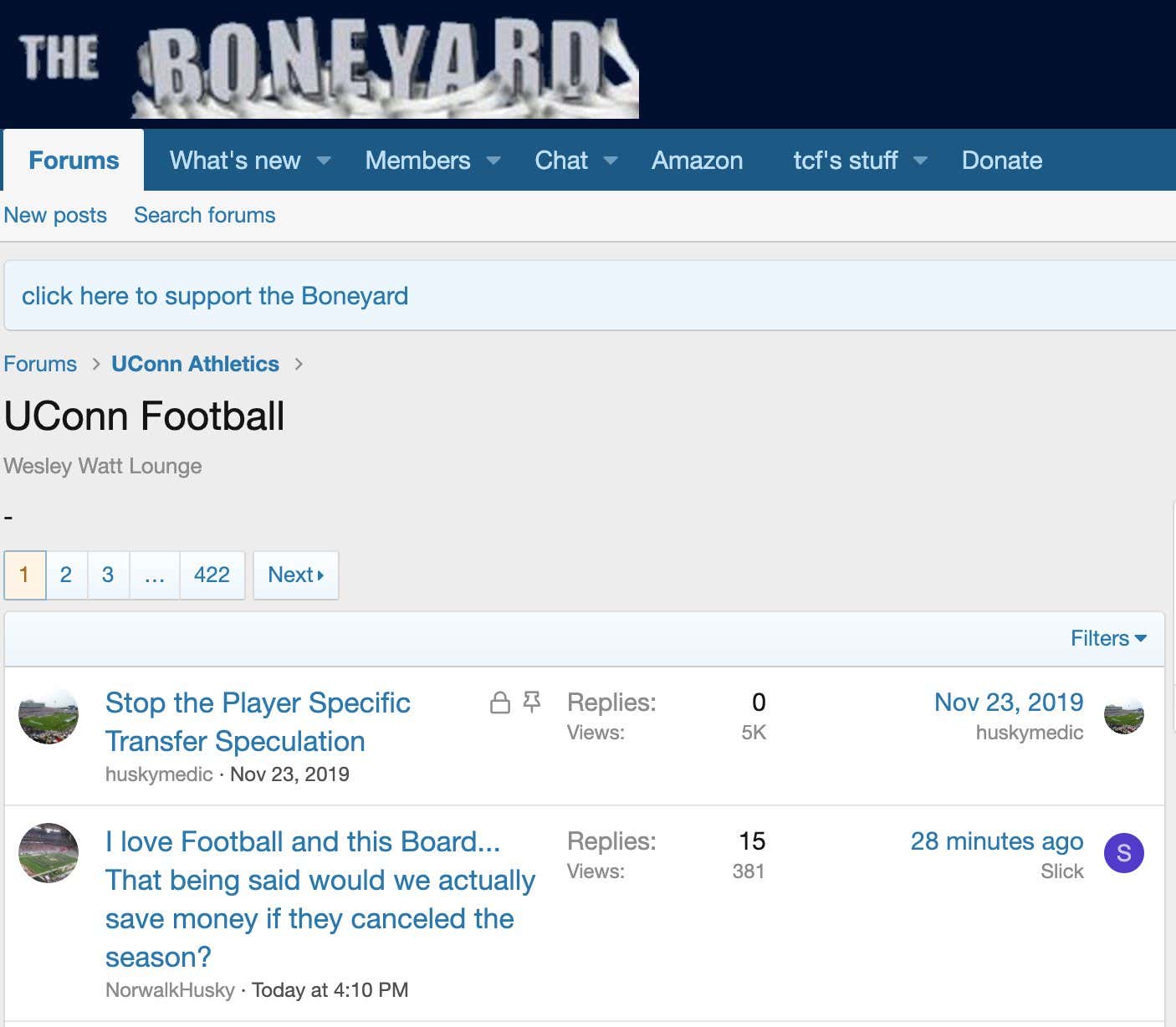 So, what's next? I'm glad you asked. Time to get excited for their biggest game since the 2015 Bad Boy Mowers Gasparilla Bowl! It may be virtual, but hey, at least it's something?