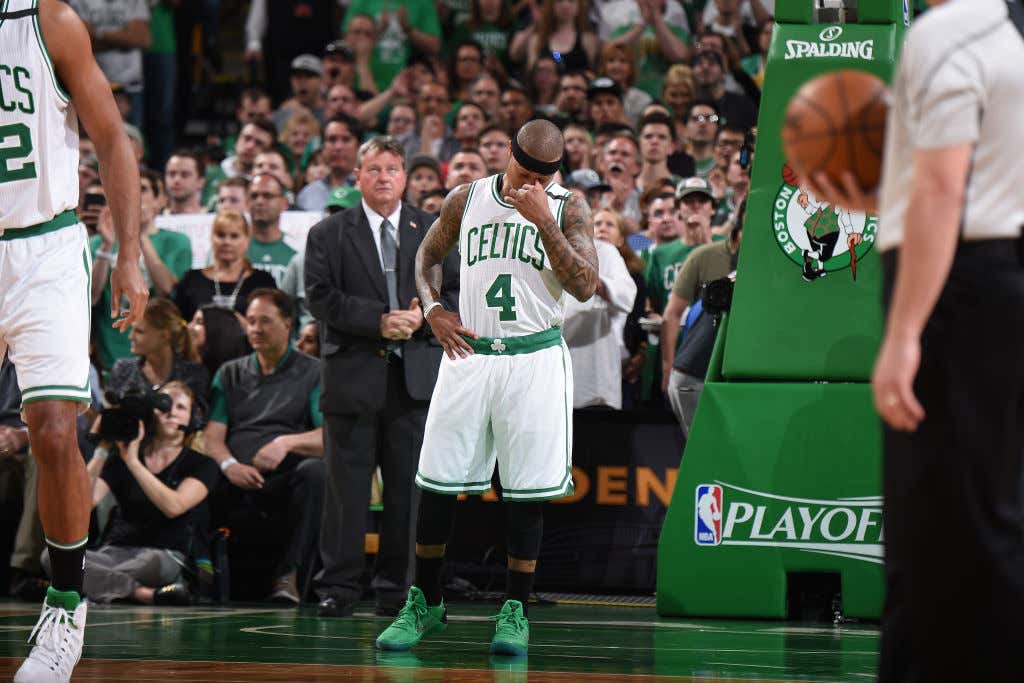 Isaiah Thomas had a lot of legendary moments during the 2016-17 season. It was one of the best offensive seasons by a point guard in Celtics history. That's not really debatable. But I'm not sure there was a more impressive feat than what he did three years ago today. Just one day after his sister passed away in a tragic car accident the Celtics were slated to start their first round series against the Bulls. I don't think anyone would have faulted Isaiah for sitting out that game, I don't know how he had the strength to even play. I remember when I almost lost my brother in an auto accident in high school, it fucked me up for a long time. To this day I don't know how Isaiah did it.

Well, not only did he play, but he was fucking awesome.

Somehow he found a way to drop 33/5/6 on 10-18 shooting in 38 minutes. Yeah they lost the game, but in no way does that take away from what Isaiah did that night. I tend to get emotional from time to time watching this team play, but nothing compares to that night. The entire city and fanbase went through everything together with Isaiah. It felt like we all lost someone as weird as that sounds but that's what the 2016-17 Isaiah experience was like. The bond between him and the city during that year was pretty rare and something I still don't think we've seen since.

Isaiah accomplished a lot during that 2016 season. All NBA, top 5 in MVP voting, Celtics offensive records left and right, but to this day for me at least that performance in Game 1 was the most impressive thing I watched him do. You'll never convince me his sister wasn't looking down on him during that run because how can we also forget the time he dropped 53 on her birthday a few weeks later against the Wizards.

I can't even imagine everything he went through that postseason run. From the loss of his sister to all that dental surgery before the Wizards game, that's a level of strength I know I definitely do not possess.