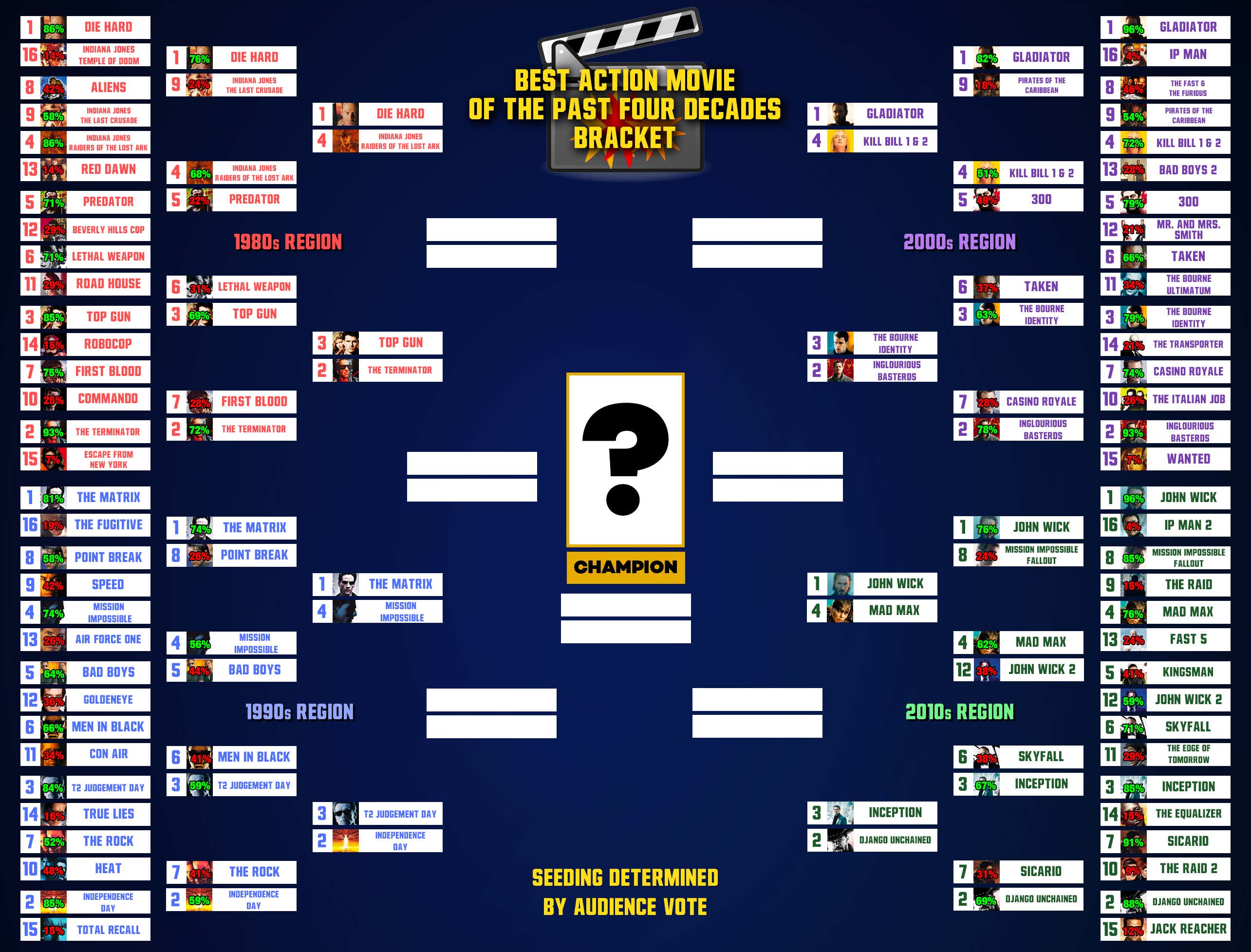 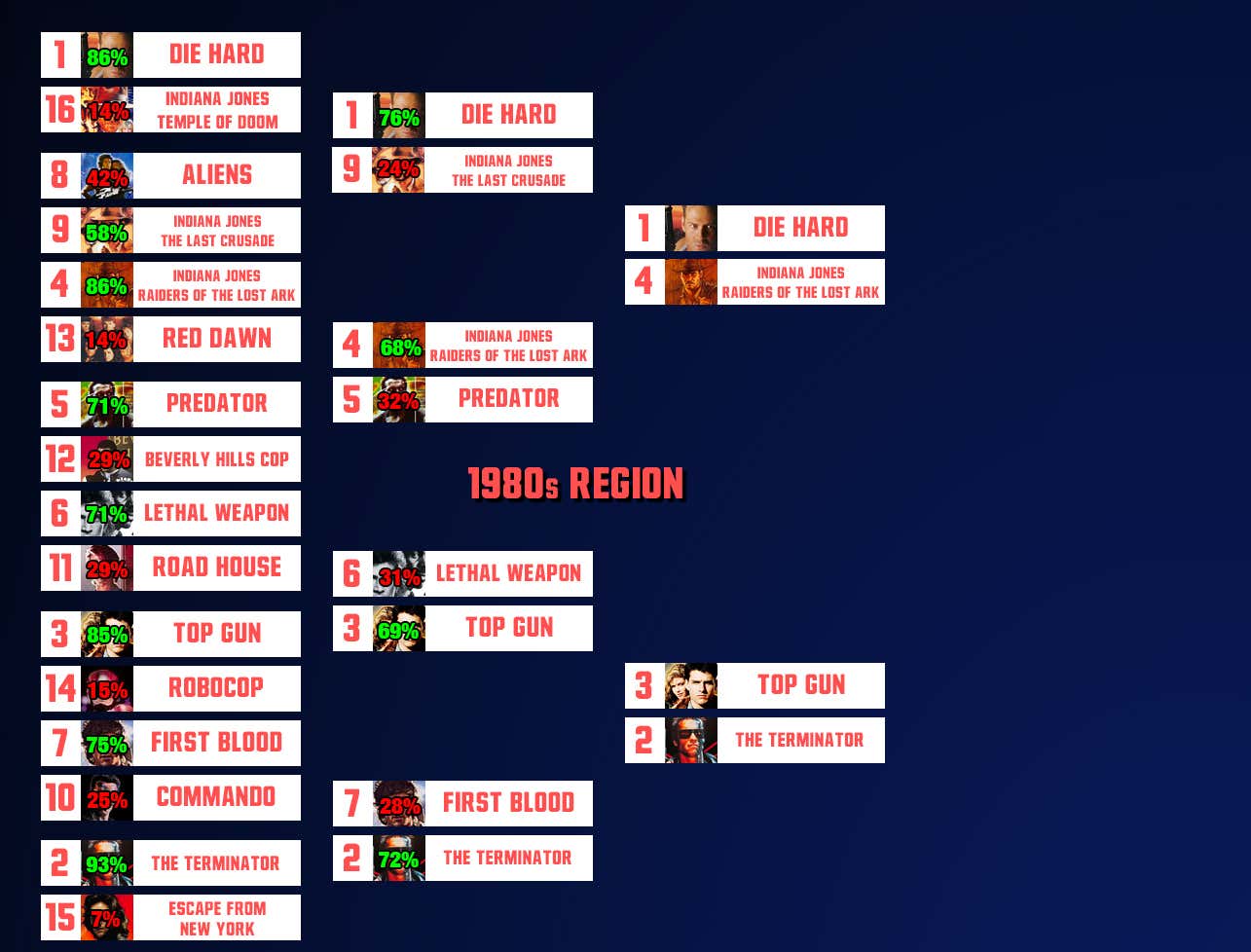 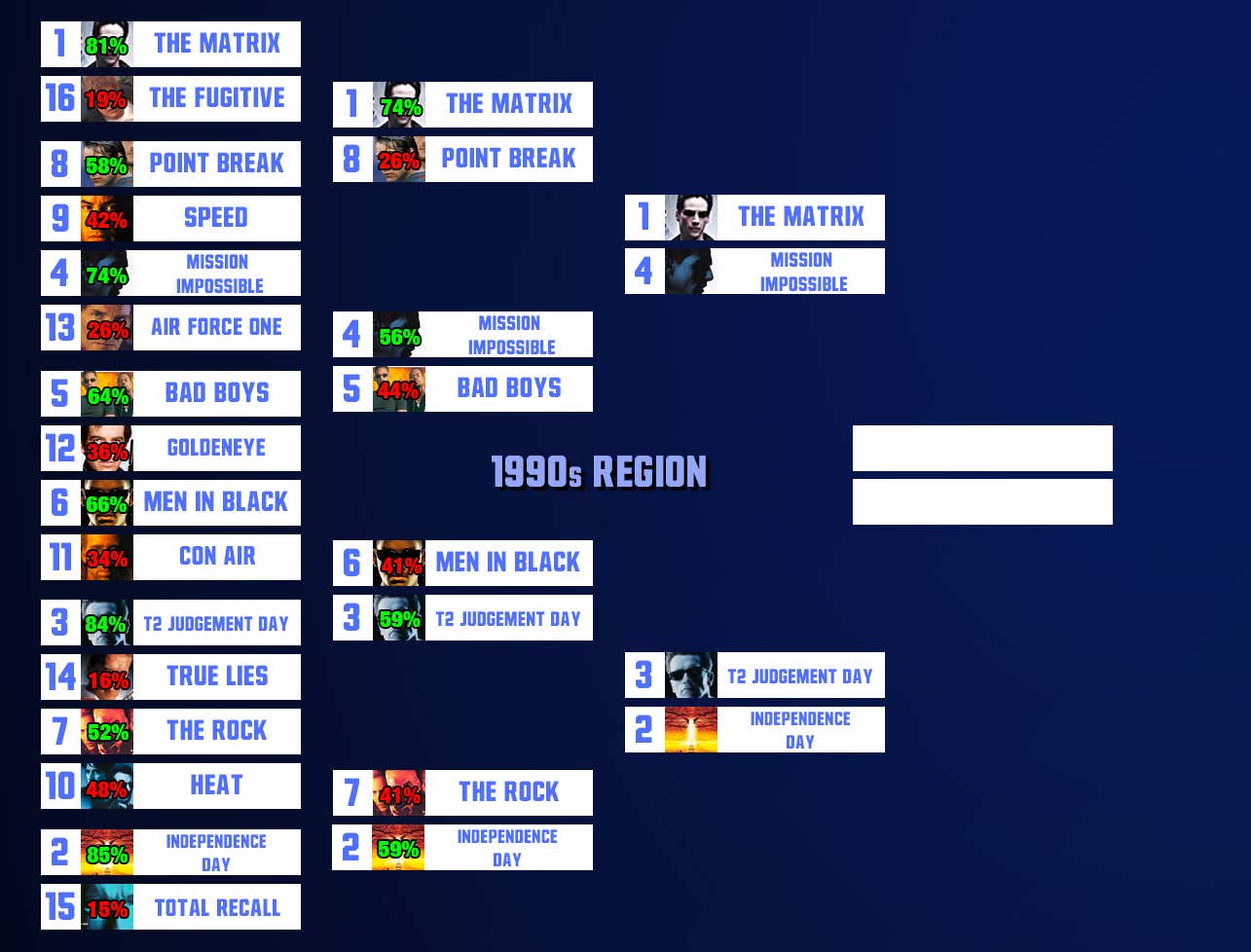 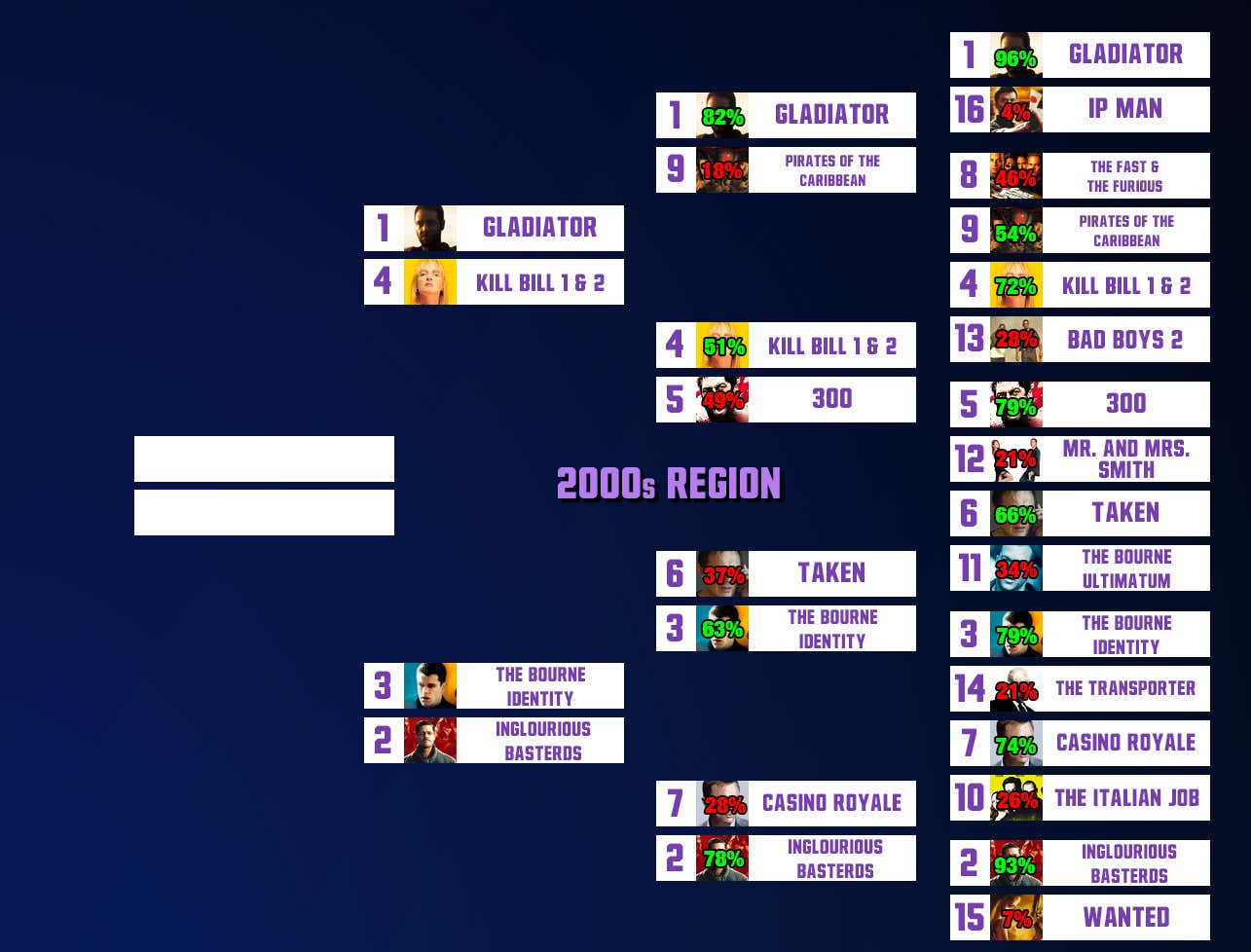 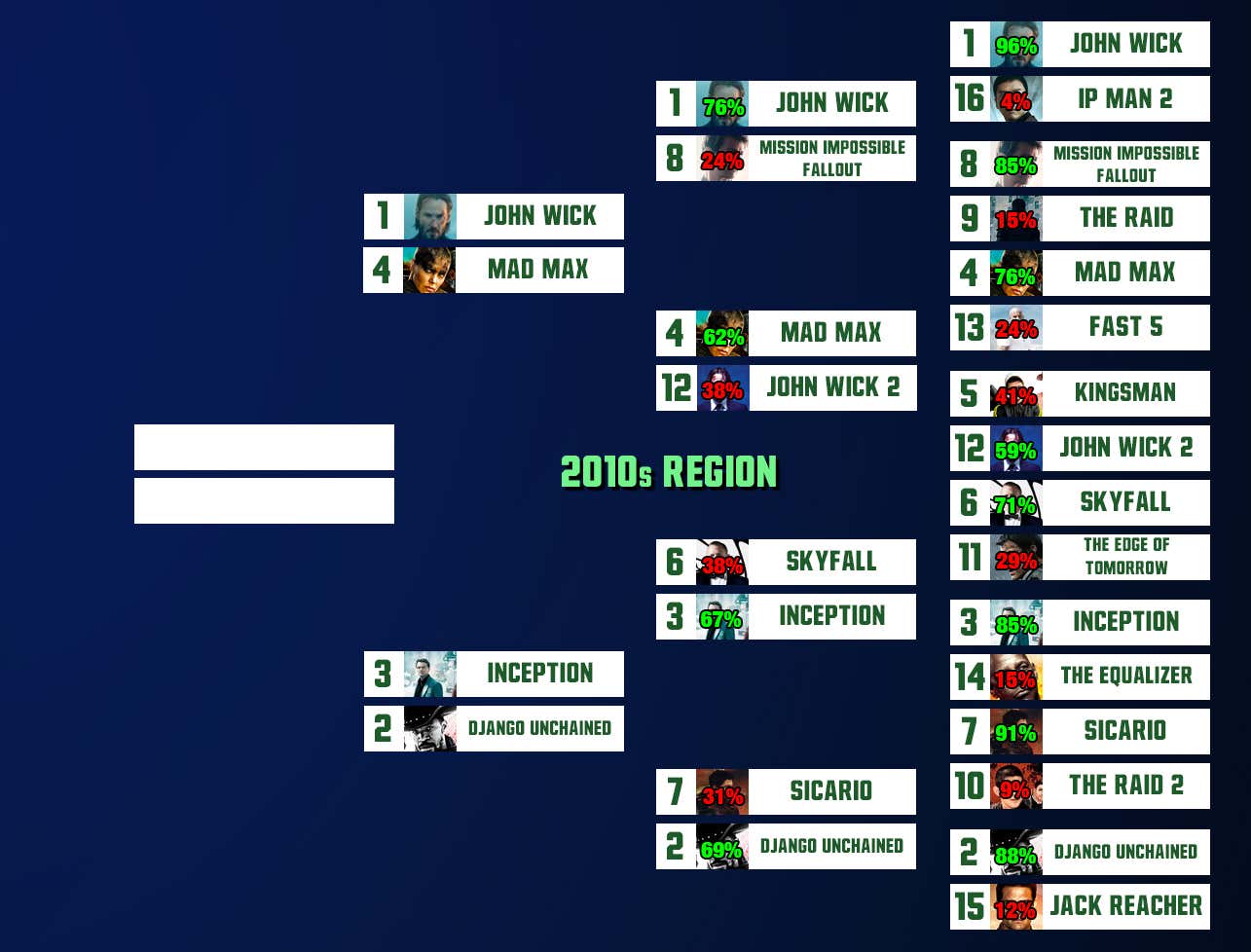 I LOVE Indiana Jones, but the Last Crusade is a decent amount better than Raiders IMO. And Predator is a bona fide CLASSIC, so for it to barely break 30% was a little frustrating. I'm also mad at myself for allowing John Wick v MI Fallout to happen this early, because those two could compete for the title if we were doing open seeding. Anyway, onto the sweet 16.