And there we go. This was one of most discussed rumors this past season. Jalen Green deciding to go to the G League instead of play at Auburn or Memphis. Why is this important? Well first Jalen Green is really fucking good. This isn't just a random 5-star deciding to go overseas. Green can flat out play. He's the No. 3 recruit on 247 for this class but you talk to people and they say he's by far the best.

Second, he becomes really the first high school player to jump straight to the G League. He's taking advantage of the select contract, which was put in place a couple years ago and has been revamped. He's getting a base salary of $300,000 with incentives and sponsorships that could pay him between $500,000-600,000 (cue the he's taking a paycut doing this instead of Memphis jokes I know you want to make). That's not chump change for a year. That's serious money.

Now let's get into the two major moving parts here. First is the ripple effect this will have on college hoops. The G League (remember Nike is a sponsor of the league) is serious about getting this sort of talent in the league - even for a year. It gives Nike a year for sponsorships with them, it also provides more eyes on the G League. People will want to see how a guy like Green (or other big names) will do against this sort of competition, staying at home.

So here's an important part. He's not going to be playing real games in the G League:

Green is committing to become part of a year-long developmental program with G League oversight that will include professional coaching, top prospects and veteran players who will combine training and exhibition game competitions against the likes of G League teams, foreign national teams and NBA academies throughout the world, sources said.

The season could include 10 to 12 games against G League teams that wouldn't count in standings, sources said, but the primary objective will be assimilation and growth into the NBA on several levels -- from playing to the teaching of life skills

That's from this report and that's a key thing here. It makes even more sense for Green to skip college for this. He's going to get to play against a bunch of different competition without having to deal with G League life. Why wouldn't you skip college to get that NBA training and 500k? Seems like an absolute no-brainer. Oh and you still get a scholarship?

If Green and/or Todd end up being successful here, we could see more guys put their name in for the G League vs going to play in China or Australia. It will (hopefully) also force the NCAA's hand along with all the legislation in place to let college kids make money on their name, image and likeness. You can bitch and moan all you want about the one-and-done rule (NBA rule) but it's been helpful for college hoops. There is more individual talent than ever going to college. We wouldn't have guys like Anthony Davis, Zion, etc without that rule. Call me crazy, but I enjoy watching the best talent play college hoops, even if just for a year.

This was always the biggest competition for NCAA when this was announced. Now that we know what a layout in terms of payment and benefits looks like - they become even tougher. This is going to force the NCAA's hand, because if Green is successful here, doesn't hurt stock and gets all the benefits we're going to see way more guys go this route.

We'll see how this changes stuff going forward, but this is a major decision. Like I said, we could see this force the NCAA's hand (hoping for). And look at how important Green is already to the G League:

I can't stress how important this decision was from a strictly business standpoint. 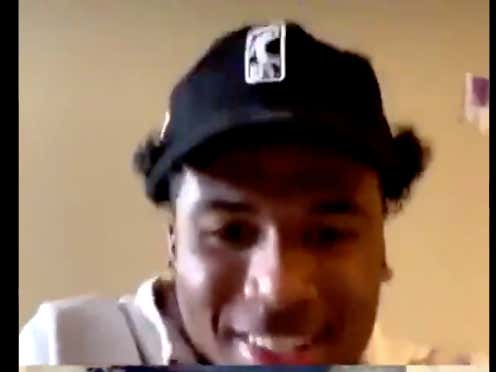