April 15, 2020 is almost in the books, and I'd be remiss to allow it to end with just a single morning wakeup mentioning Jack Roosevelt Robinson on Barstool SPORTS.

Today is a day we should have all been enjoying baseball played in honor of Jackie Robinson.

Every player and manager donning the number 42 (driving official scorers crazy), ballparks showcasing the number 42 on their fields, telecasts showing dazzling highlights of player, and current and former players remarking on the man.

Robinson is best known, obviously, for breaking down the color barrier in Major League Baseball, on this day 73 years ago in 1947.

Stealing home, getting thrown at and spiked by dirtbag racists, spit on by fans, death threats, day in and day out and taking it all in stride is how Robinson is remembered by all.

Because his story being is so great, what gets lost is how incredible a baseball player, and overall athlete in general, this man was.

For starters, when Robinson got the official and controversial call-up at age 28 he went from playing SS/2nd his whole life to all of a sudden having to play first base for his rookie year.

In 1953 he assumed a utility position playing every position in the infield but remained one of the best players in baseball. He had a 14.7 WAR despite not having a regular position.

He won MVP in 1949, 6 League Championships, and won a World Series in 1955 with the Dodgers beating the Yankees in 7 games.

That was all accomplished in a career shortened due to segregation and being drafted into the Army during World War II.

What most people don't realize is that Robinson was also a professional football player.

While at UCLA Robinson lettered in 4 sports. Think about that. This wasn't your D3 high school where you lettered in a fall and spring sport. This was UCLA when those letters meant something. He was the first athlete in history (black or white) to ever accomplish this.

He played guard on the basketball team, was a long jumper in track and field (winning a national championship in the event in 1940), baseball of course, and played both ways on the football team starting at QB/RB and safety. (He also played tennis winning state championship throughout high school but only for fun while at UCLA.)

While in school he excelled on the diamond but struggled at the plate. On the football field he dominated on both sides of the ball.

Watch these videos and keep an eye on #28

He could juke and lay the lumber.

And get this. His senior year Robinson was forced to leave school because he couldn't afford it anymore due to his family struggling financially. The man was a star 4 sport athlete for the school and he wasn't on scholarship! They let him leave!

He moved to Honolulu, HI to play semi-pro football with the Honolulu Bears for a season before being drafted.

Only after serving his country, did Robinson decide to pickup a glove and give baseball a shot again. He was good enough to land a spot in the negro-leagues and catch the eye of Dodgers President Branch Rickey. He signed a deal with their farm affiliate in Montreal (also all white) and the rest as we know is history.

Some awesome facts about Jackie -

- Robinson caught a TD against the Chicago Bears on August 28, 1941 in a game featuring the Nations best college players vs. pro-football's best team. (Can you imagine if this happened today?)

There's even grainy footage of it here-

- Jackie's brother Mack won a silver medal in the 200 Meters at the 1936 Berlin Olympics. The same Olympic Games Jesse Owens made famous for shoving it up Hitler's ass in his own backyard. Owens won gold. Jackie was on track to follow in his brothers footsteps and appear in the 1940 Olympics but they were cancelled due to the war. (One day I'll have to write about Jesse Owens, the greatest pure athlete that's ever lived and the only person who you could argue trumped Robinson in terms of racial imperative) 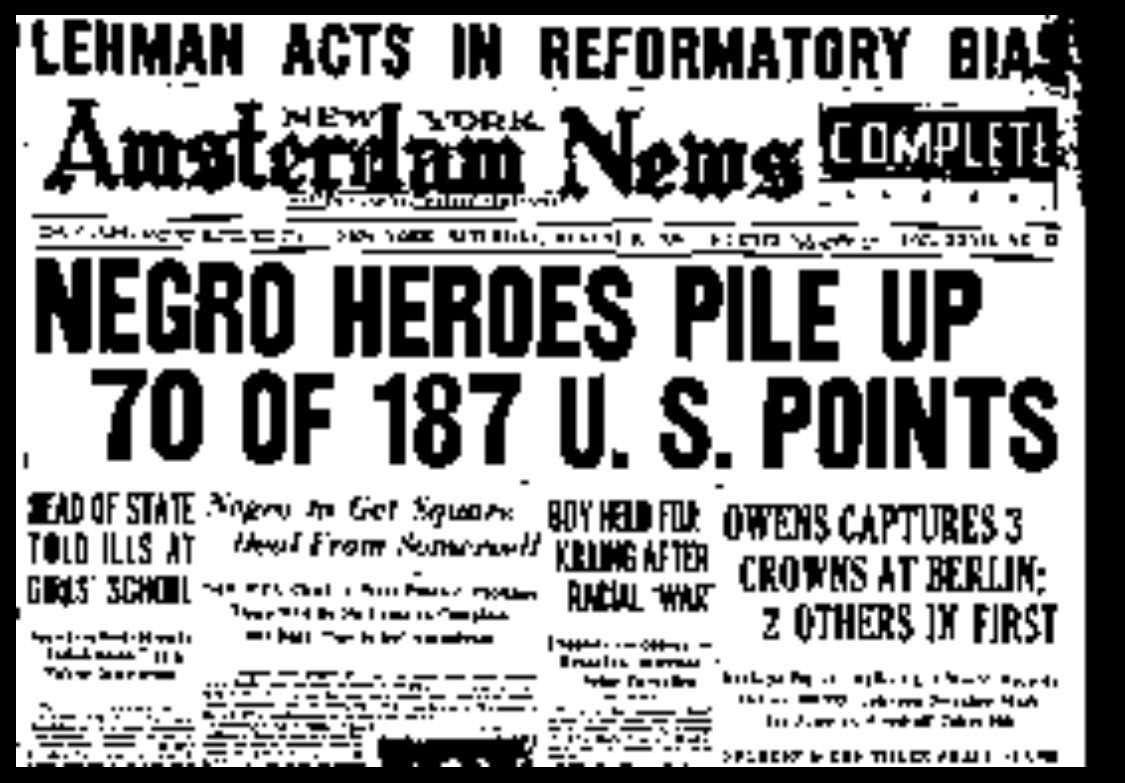 - In high school Robinson played on an all-star baseball team with in Pomona, CA with Ted Williams and Bob Lemon.

- As mentioned above Robinson won a National Champion in Long Jump in 1940. That same year he was ranked fourth in the world with a jump of 25 feet. He had three of the top seven jumps in the world at the time.

- In 1940 and 1941 Robinson led the Pacific Coast Conference in scoring for basketball. 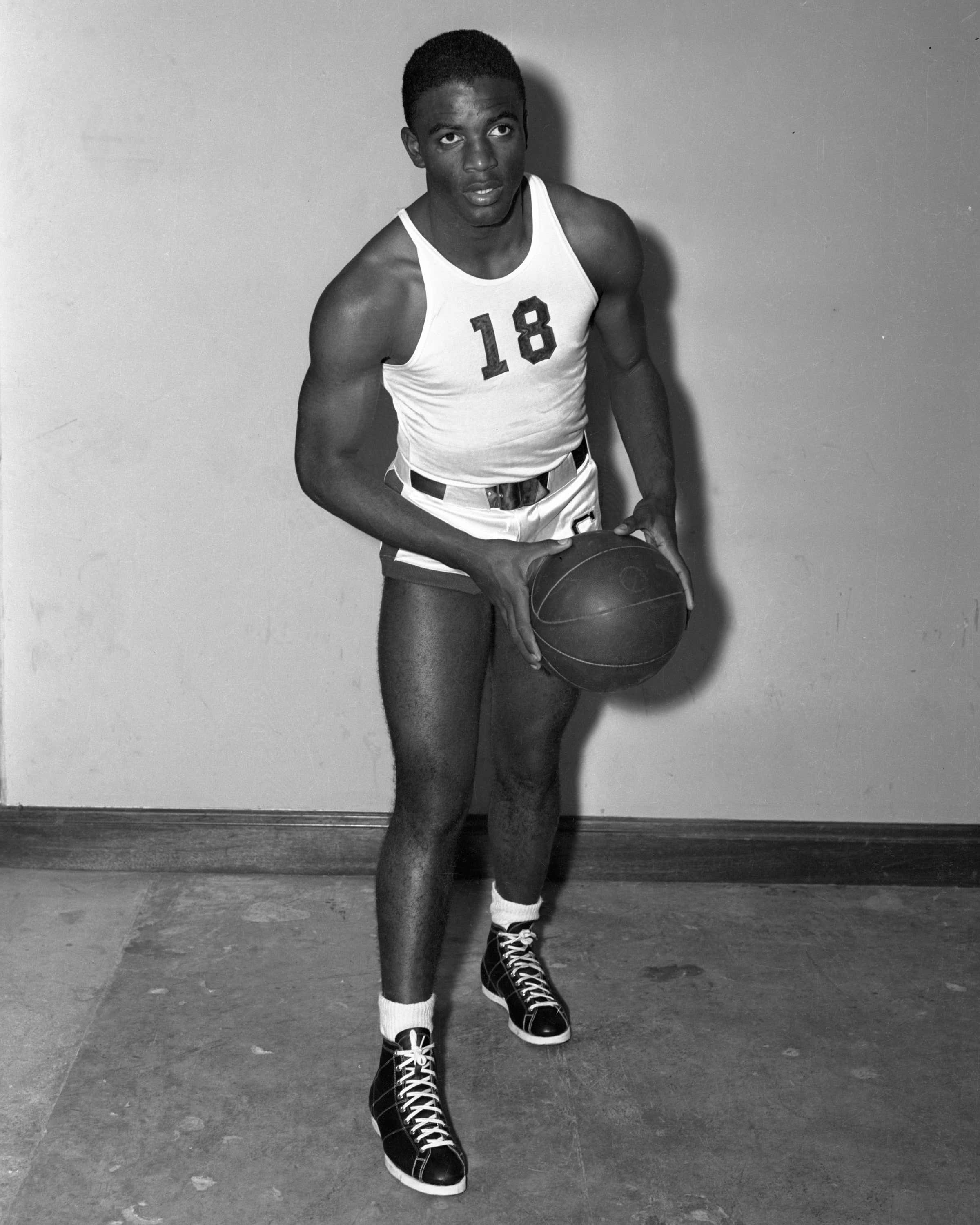 - Legend has it that at times Robinson would compete in the broad jump while waiting for his turn to bat during baseball games.

- In Robinson's first semi-pro football game with the Honolulu Bears he took one to the house for 41 yards from scrimmage.

- In his baseball off-season's Robinson would make more money for speaking engagements than for his baseball contract that same year.

- He was standing in center field for Bobby Thompson's "shot heard round the world." (and Willie Mays was on deck)

- His middle name, Roosevelt, was in honor of our former President.

Rest In Peace to one of the greatest men to ever live. 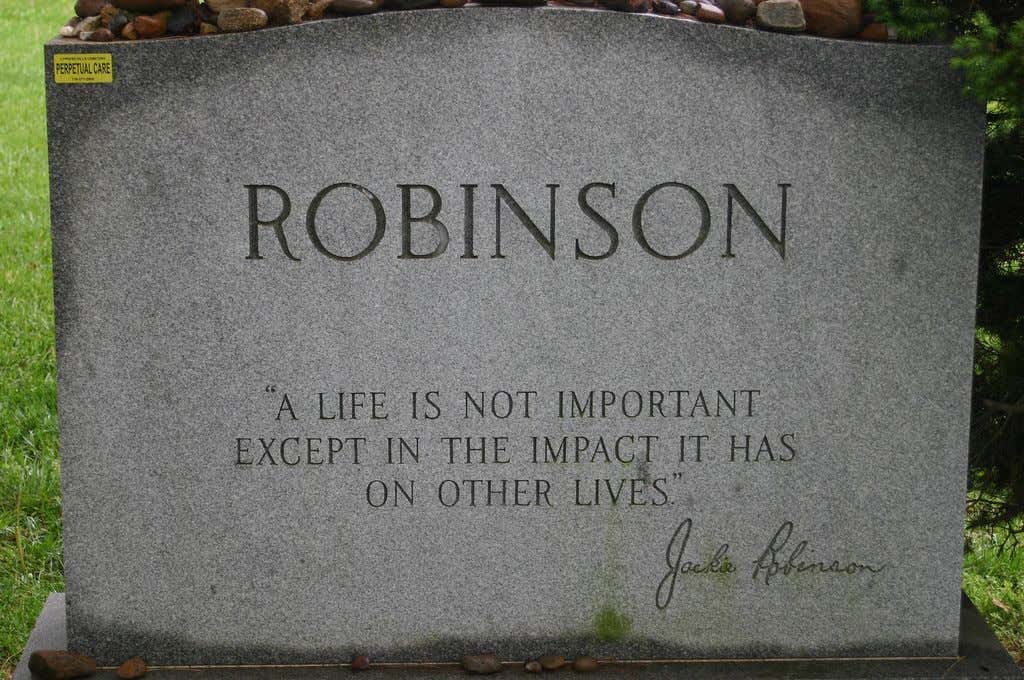