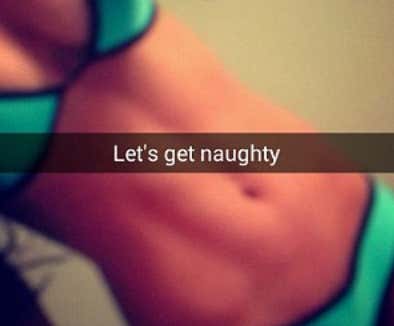 Forbes - According to a new study, you’ve so far managed to increase use of the egg plant and peach emojis while ramping up the proliferation of nude photos cross social media.

New data provided via press report from private social media management firm Khoros shows that tech-savvy singles are tweeting the terms “nudes” and “dick pics” alongside the term “Coronavirus” at a pace 384% higher than just 30 days ago. Now, it’s fair to say the likelihood of “nudes,” “dick pics” and “Coronavirus” appearing in any tweets before the virus was a national crisis were low, but the size of the increase clearly hints at an “idle hands, devil’s work” scenario.

Along similar, if more artistic lines, use of the peach and eggplant emojis (common symbolic representations of female and male genitalia, respectively) continue to rise into April, with the peach seeing its tree shaken at a 46% higher clip.

You can, and people are, shooting their shots left and right. And now the data backs it up. The talk about sending nudes is up an astonishing 384% compared to just 30 days ago. 384%! And where there is smoke there is fire, which means obviously people are sending tits and dicks across the internet and assorted apps like never seen before. The NSA is probably up to their ears in nudes they will later use to identify us with at airports. I cannot imagine what they are seeing in Langley right now.

And there is absolutely nothing wrong with it. We're all in this together. If there was ever a time to shoot your shot, it's right now. And it doesn't matter where the person lives, because if they are down the block or across the country you can't see them anyway, so the world is completely open. No borders to the nudes game whatsoever. Sext consensually to your heart's content without consequences.

History will remember this time period for a few things- we started paying more attention to washing our hands, bars were shut and we all became alcoholics drinking at home, and nudes were flying at a rapid pace. Everything else will fall between the cracks, but history will remember the dick pics forever.