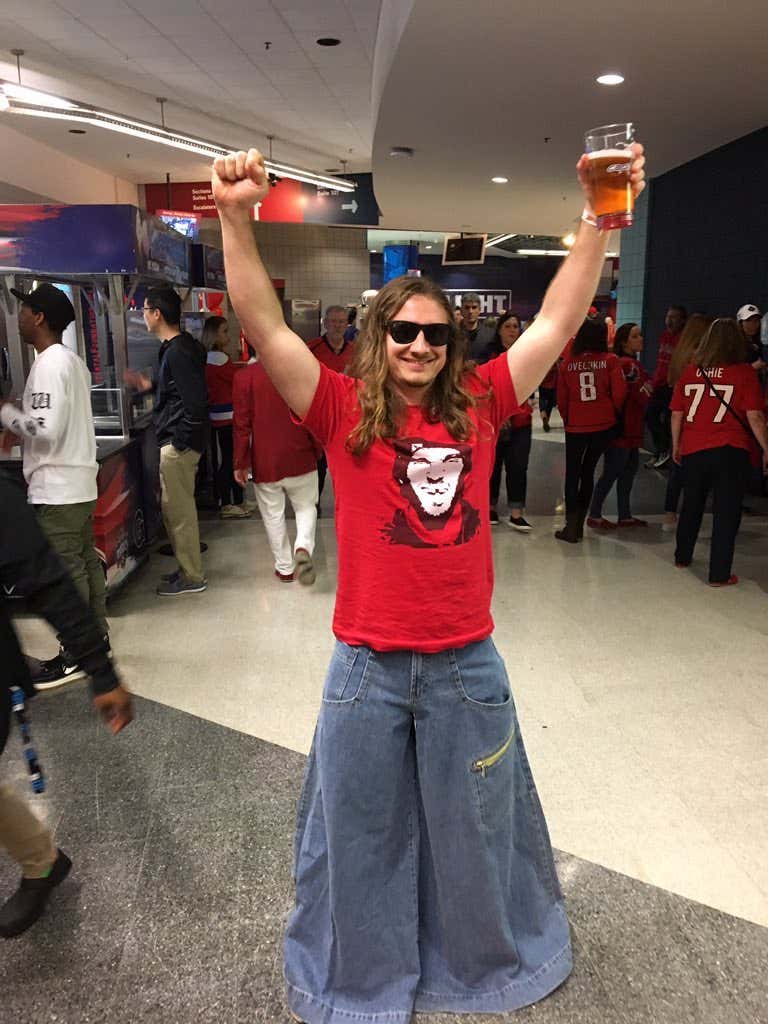 Three years ago, in the middle of the Washington Capitals playoff run, Mr. Commenter created his own version of a playoff beard: the clutch jeans. The "Clutch Jeans" weren't just any jeans, they were JNCO's.

Founded in California in 1985 and standing for "Judge None Choose One," JNCO's signature cut was an obnoxiously wide leg denim made most popular in the 1990's. JNCO jeans basically look like if you were trying to win a baggiest pants contest at the 2003 NBA Draft. 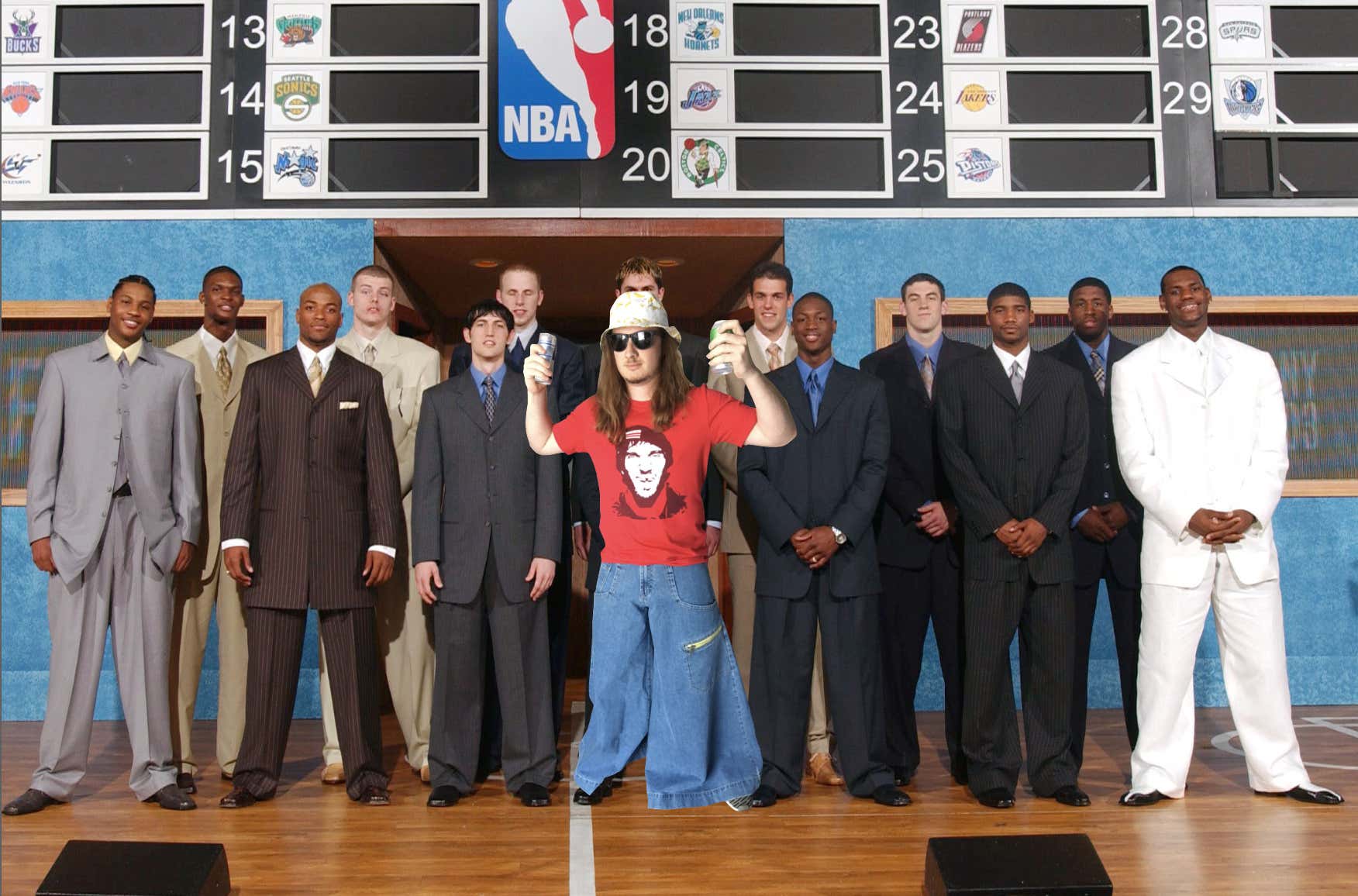 After winning the President's Cup in 2017, the Caps were matched up against the Toronto Maple Leafs in the first round of the Stanley Cup Playoffs. After several years of playoff disappointment for Caps fans, Mr. Commenter created the "clutch jeans" as a potential cheat code to bring Washington to glory.

Heading into Game 1, the clutch jeans had officially been activated.

And the clutch jeans worked. Off to DC for Game 2. 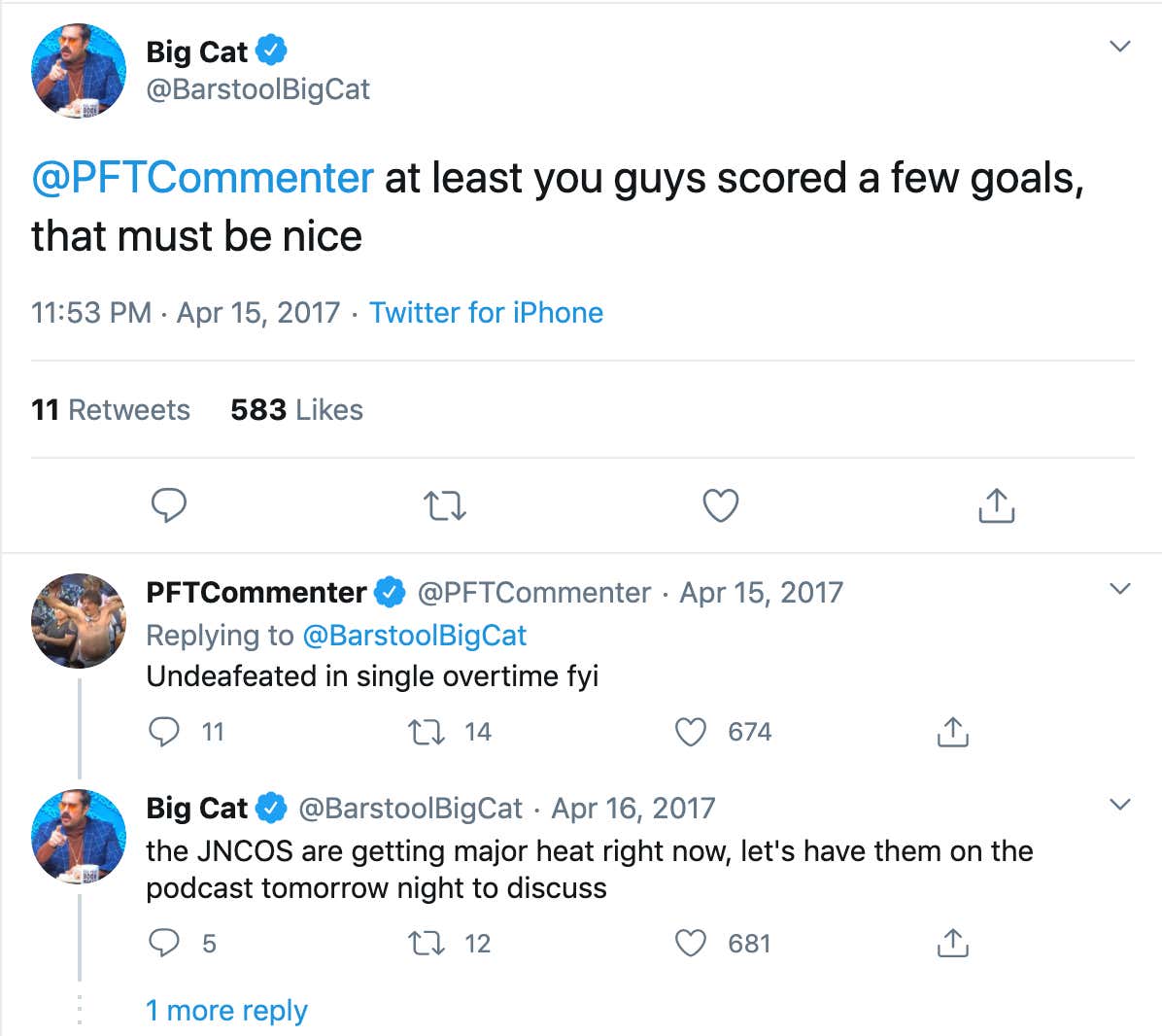 Although the clutch jeans didn't pull through in Game 2, Mr. Commenter was on to the next one, and yet again, another overtime.

….. and another overtime loss for the Caps.

In the words of Michael Scott, "I'm not superstitious, but I am a little sticious." RIPIP to the clutch jeans.