The other day I woke up and treated myself to a nice lightly buttered then jellied English Muffin.

My mood was immediately elevated.

I started thinking, "why don't I have one of these everyday?"

"Why just during quarantine or when I go to a diner or breakfast restaurant?"

Tell me one time you've been disappointed by an English Muffin.

Like a good samaritan/idiot I took to social media and was greeted with some extremely knowledgable suggestions and friendly affirmations. We English Muffin fans are definitely not alone. 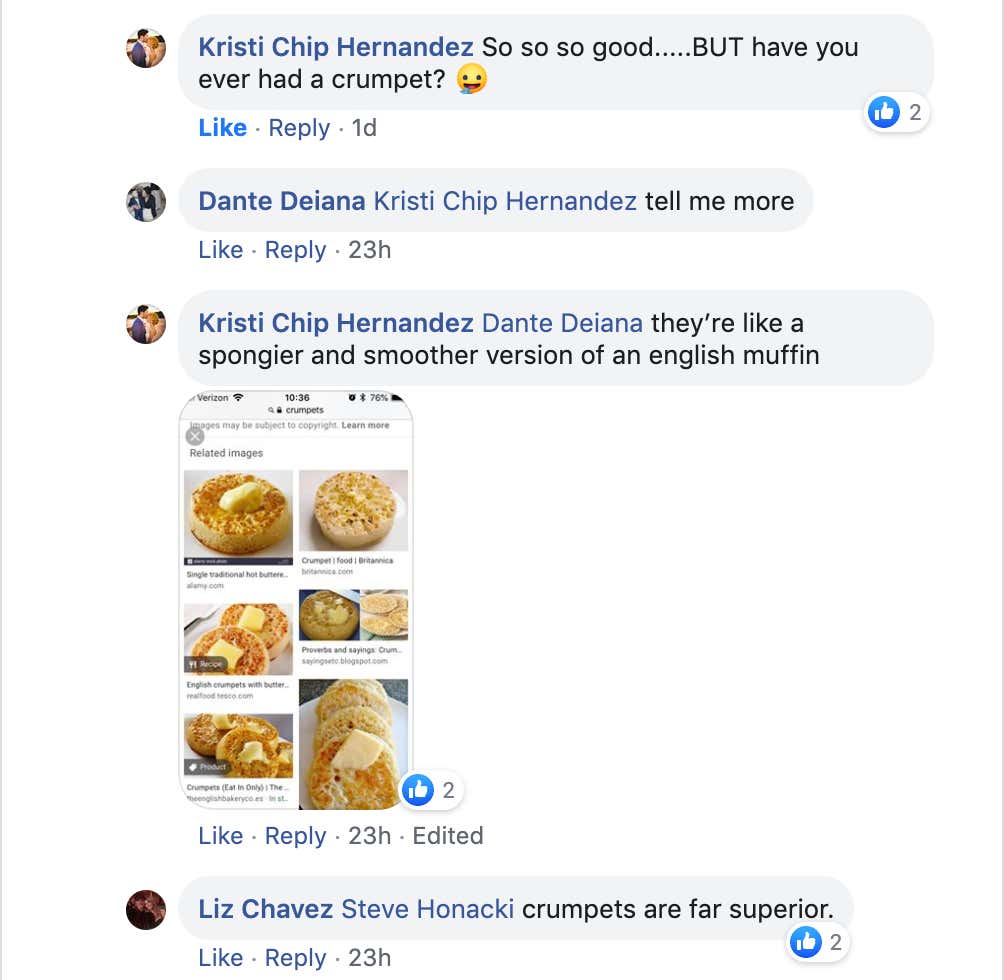 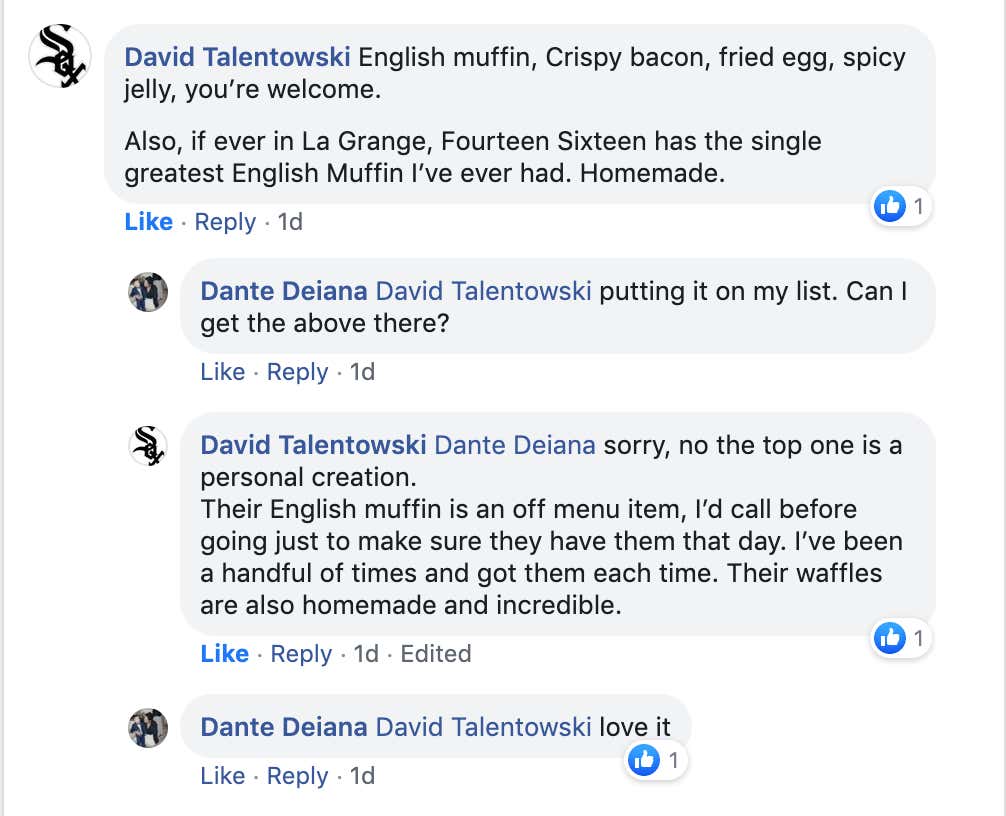 Was even introduced to the "preeminent authority on them".

There's an entire world of English Muffin variations, toppings, and cooking styles I had no idea about.

You know what makes me sick?

Back when people used to go to diners and breakfast restaurants and places wouldn't feature, nay, not even bother listing the English Muffin whatsoever, on their menu.

Without fail though, when you'd ask your server, "Instead of shitty toast, may I please have an English Muffin", they'd reply, "why of course", and their face would light up.

Because they knew immediately you were a man/woman of class and their service would undoubtedly be appreciated and recognized with proper manners, and tip.

But the catch here is that if you don't have the respect to include mention of this upper-echelon breakfast item on your menu, you don't deserve to serve them.

I'll go so far as to say when we're allowed eat at public places again, and not our coffee tables or kitchen islands, I'm planting my flag in the ground on this. To all the Kanela's, Yolk's and other fancy breakfast only spots in Chicago this is your heads up. You guys are too good for this.

I mean look at this blatant slap in the face by Yolk on their sides menu. 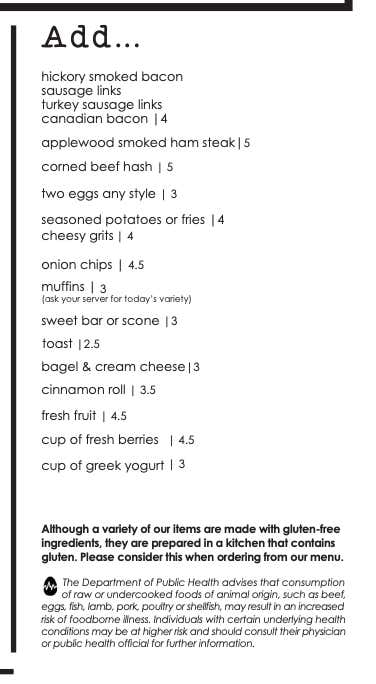 Fuckin "Scone" makes the cut? Are you kidding me?

Unless Larry David's scone connect is personally baking these scones for you get them off this menu line, take sweet bar along while you're at it, and add English Muffin. Don't make us work for it, or "ask your server for today's selection" and hope they've been working there long enough to know the difference between a superior muffin from a bran muffin.

Now for the fun facts-

- Did you know English Muffin's were actually invented here in America? In New York City in fact, In 1874, Samuel Bath Thomas emigrated to the United States from Plymouth, England. He invented "toaster crumpets" at his bakery "The Muffin House" in New York City. They were a smash and so began the term "English Muffin". Thomas trademarked the name in 1926 but it states the name was first used in 1894 so that's when Thomas' English Muffins were "officially" born.

- In the UK they're referred to as regular muffins, American Muffins, or "Yankee Doodles".

- There are only 7 people on the planet who know the recipe for Thomas' English Muffin and a gang-war almost broke out in the 80s between Thomas' and KFC's ride-or-die Entenmenns's. According to the NY Times:

All English muffins are not created equal. And the bakers at Thomas's aim to keep it that way. The nation's leading muffin maker is going to court to prevent three former employees from revealing a 102-year-old secret - how to make muffins with lots of yawning nooks and crannies to hold the melted butter, as the advertisements say.

Turns out those snakes at Entenmann's hired away 3 of Thomas' guys in hopes they'd divulge the recipe. Problem for Entenmann's was Thomas' momma didn't raise no fool.

He had each part of his recipe duties segmented and broken up by ingredient and task.

So the flour guy only knew what kind and how much flour was used. Same for the salt guy and all down the line.

There was a quality control guy but all he did was make sure whatever was coming off the griddles held up to Thomas' standard.

- There was another crazy lawsuit in 2010 involving an attempt to steal the recipe. This time by "Bimbo" and "Hostess" brands.

Bite into a Thomas’ English muffin and, it turns out, you are about to swallow one of the most closely guarded secrets in the world of baking.

The company that owns the Thomas’ brand says that only seven people know how the muffins get their trademark tracery of air pockets  marketed as nooks and crannies  and it has gone to court to keep a tight lid on the secret.

That leaves one of the seven, Chris Botticella, out of a job  and at the center of a corporate spectacle involving top-secret recipe files, allegations of clandestine computer downloads and an extreme claim of culinary disloyalty: dumping English muffins for Twinkies and Ho Hos….

Within minutes of hanging up the phone, Bimbo’s lawyers say, Mr. Botticella used his laptop computer to access a dozen company files containing confidential information and apparently copied them onto a flash drive. The company said that a search of computer records revealed other activities in the weeks before his departure in which he appeared to have copied sensitive files.

Mr. Botticella said in a deposition that he was merely practicing his computer skills in preparation for his new job. But R. Barclay Surrick, the federal judge who in February granted the injunction barring Mr. Botticella from going to Hostess, concluded that his behavior demonstrated “an intention to use Bimbo’s trade secrets during his intended employment with Hostess.”

- Frank The Tank is also a big English Muffin guy.