This topic came up last night during our Lights, Camera, Barstool live watch of Disney's 2001 Best Picture Nominee "Motocrossed." One of the characters dropped the word "rad." I posited that I don't think I've ever used the word "rad" in a serious fashion. Ironically? Sure. But seriously? No way. Jeff D Lowe, Ria, Fran, and Ellie all agreed, as did over 70% of Twitter.

This got me thinking of a list of words that I don't think I've ever used seriously. I've pretty much only used these words ironically to mock people, whom I am better than, that would actually use these words.

As mentioned, the word that started this list. I think the word "rad" has a very low usage among people with an IQ in the triple digits. It's also probably somewhat regional, as I'd imagine the most common use comes from west coast teenagers describing skateboards tricks. And also fictional dodgeball announcers on ESPN The Ocho. I'd also put the word "gnarly" firmly in this category.

I will admit I've been using the word "epic" a lot in quarantine, but only ironically with my roommate.

"I picked up a Pink Island Sunset candle from CVS. On sale."

Awesome. Great. Fantastic. All words that I use before wonderful. As a matter of fact, I don't think I've ever used the word "wonderful" seriously. Like probably zero times.

Louis CK has a funny joke about how it's one word that straight guys just can't get away with saying.

Disclaimer: I do not support or condone Louis CK's treatment of women. I just think this is a funny joke.

Legend (when the person is very clearly not a legend)

There are times when you can use the word legend seriously. Like when a person is very obviously a legend.

"Derek Jeter is a Yankee legend."

"Tom Brady is a football legend."

All are fine and accurate.

You cannot, however, use it to describe someone in your personal life, who just very clearly cannot be considered a legend.

"Blake, you're a fucking legend for throwing that rager. Best high school party I've ever been to." 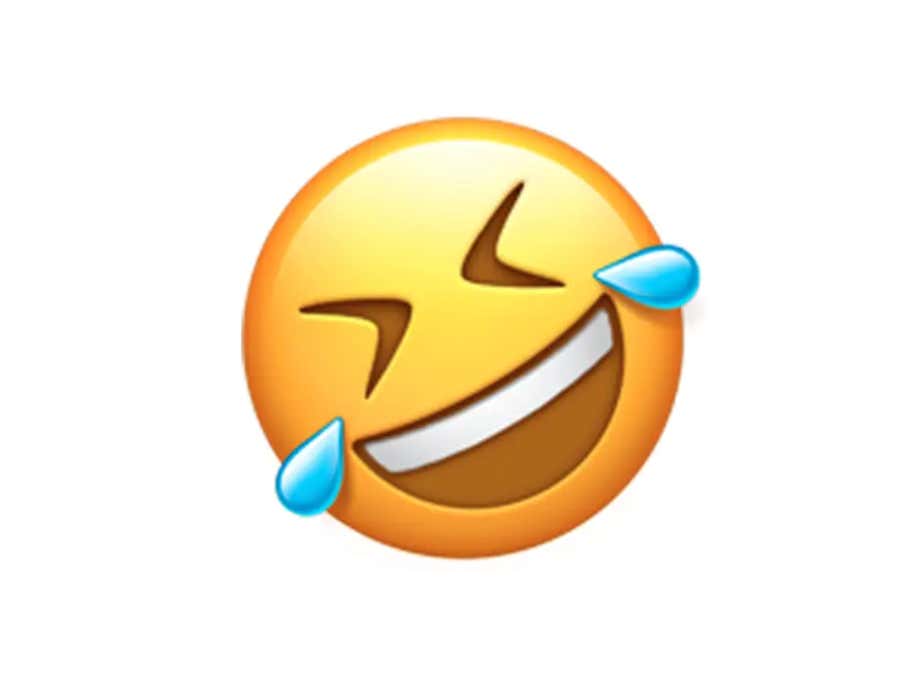 Honestly, I very rarely use any emojis seriously. I may occasionally use one if I'm chatting with the fairer sex, but I try to minimize my overall use of emojis to almost nothing. I definitely don't use laughing emojis though, and especially not this one. I'll only use this in a group chat with guy friends after making an "epic" joke.

(This was shortly after I moved out of my parents' house and into an apartment).

Similar to the above laughing emoji, I strictly use ROFLOL ironically for very clearly bad jokes. As I once posited on an old version of Tommy's Thursday Thoughts, the only people that can use ROFLOL are olds sharing a meme on Facebook and serial killers.

I don't mean the noun that refers to someone who ends lives. I'm referring to when people use it as a positive adjective to describe something.

"My Uncle Sylvester makes a killer chicken piccata dish. You HAVE to try it."

"That's a killer man cave set up you got there."

Can't see myself ever using that seriously.

And that's all I have for now. What did I leave off the list?