THAT'S MY (former starting and future Hall of Fame) QUARTERBACK. What a fucking stunt by Elisha Nelson Manning! For those that don't know, the #AllInChallenge is a viral challenge where athletes are challenging each other to auction off stuff in order to raise money for food banks to help less fortunate people get meals during this pandemic, especially the elderly, the kids, and the extremely rare elderly kids.

Eli's zillionaire brother Peyton offered up a round of golf with some buddies along with a dinner for the cause, while Eli's zillionaire two-time Super Bowl rival that went 0-2 against Eli in the Big Game™ Tom Brady put up a private workout OR a private dinner (likely with no food that tastes good because of the TB12 method) along with four tickets to a Bucs game, which must be hard to come by after they were *checks notes* 2nd-to-last in NFL home attendance by percentage last season.

Meanwhile all Awww Shucks Eli donated was a Corvette Grand Sport Convertible Centennial Edition with less than 6000 miles on it that he won by taking home a Super Bowl MVP the second time he beat the greatest dynasty in sports history. Pretty decent I suppose. I'm not much of a car guy, but I imagine gear heads view that whip the same way football fans view this throw.

I know the haters will say Eli has no use for a car like that because he's such a lowkey dad and his giant balls can't fit inside a two-seat car. But having a car that can get you far away from your family in quarantine in 10 seconds flat is worth its weight in gold. Then because he is such a gentleman, Eli offered to hand deliver that car along with taking the lucky winner to a lunch date (I imagine Eli will be ordering a grilled cheese with no crust) AND even asked to be included in the Giants #AllInChallenge package that he challenged them to, with that challenge being delivered perfectly by Danny Dimes like countless passes he threw last season. 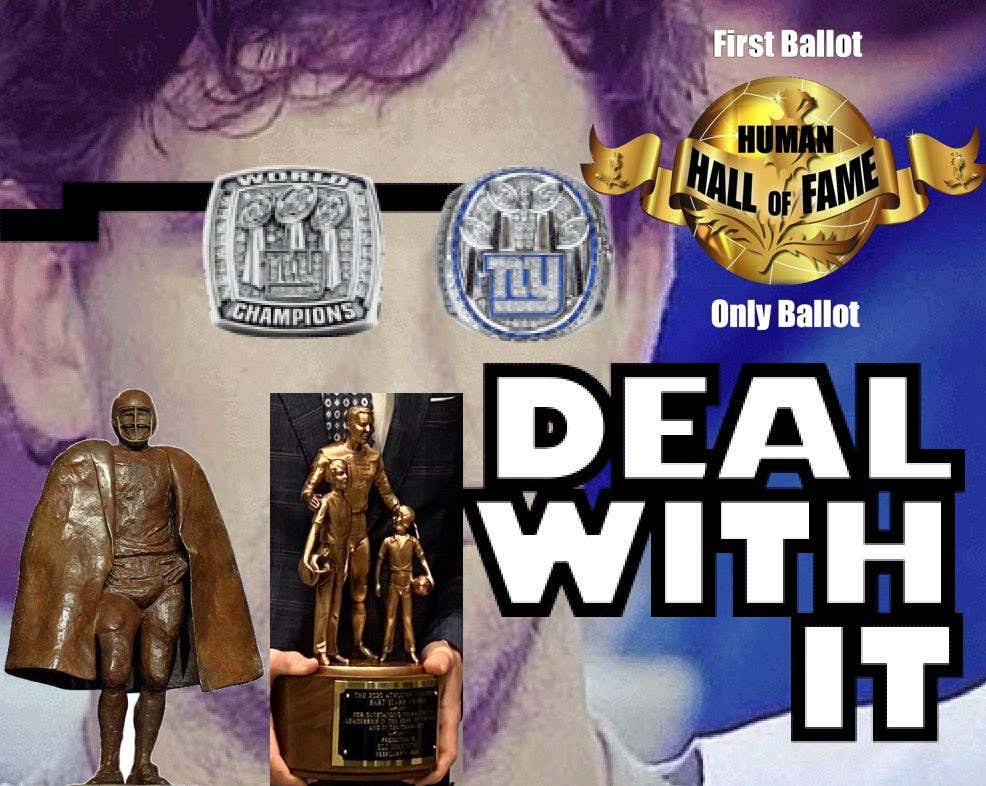