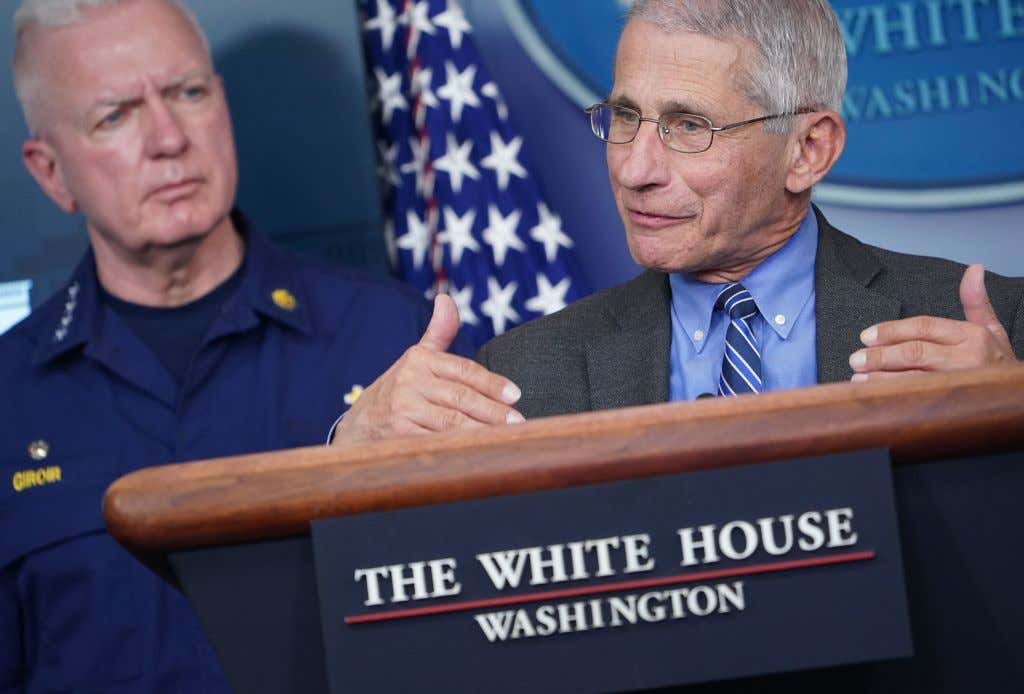 Dr. Anthony Fauci, the nation's top infectious diseases expert and one of the faces of the United States' fight against the coronavirus, says the only way professional sports will happen this summer is by holding events without fans in attendance and by keeping players in hotels.

"There's a way of doing that," Fauci told Snapchat's Peter Hamby as part of a weeklong interview series. "Nobody comes to the stadium. Put [the players] in big hotels, wherever you want to play, keep them very well surveilled. ... Have them tested every single week and make sure they don't wind up infecting each other or their family, and just let them play the season out."

FAUCI!!!! If there's one man's voice that I trust right now it's Doctor Anthony Fauci. When he speaks I listen. If he tells me sports aren't possible until 2021 then sports are dead. If he says sports in the summer without fans are a real possibility then I'm all ears. He speaks the truth and today he said that he believes sports in the summer without fans can happen! Here's the full quote from his interview on Snapchat with Pete Hamby.

You know, regarding sports, I believe, and I think this is going to be implemented by the initiation and the initiative of the people who own these clubs. If you could get on television, Major League Baseball, to start July 4. Let’s say, nobody comes to the stadium. You just, you do it. I mean people say, “Well you can’t play without spectators.” Well, I think you’d probably get enough buy-in from people who are dying to see a baseball game. Particularly me. I’m living in Washington. We have the World Champion Washington Nationals. You know, I want to see them play again. But there’s a way of doing that because there have been some proposals both at the level of the NFL, Major League Baseball, National Hockey League, to get these people tested, and to put them in big hotels, you know, wherever you want to play. Keep them very well surveilled, namely a surveillance, but have them tested, like every week. By a gazillion tests. And make sure they don’t wind up infecting each other or their family. And just let them play the season out. I mean, that’s a really artificial way to do it, but when you think about it, it might be better than nothing. -Vanity Fair

That means the Arizona plan is not just some fairy dust hope for baseball. It's real and can actually get done. The NBA in Vegas, the NHL in North Dakota, the NFL in God knows where, golf, tennis. Fauci says they have a real shot!

Inject these quotes right into my veins. I have a reason to go on with my day. Just tell me sports are back in the summer and I can gain the will to live. Just tell me I'll have stuff to legally gamble on in a few months and I'm back. Tell me I can actually watch Gerrit Cole pitch for the Yankees in July and oxygen can return to my body. All I need is hope.

RIGHT NOW HAVE HOPE! Now everyone go wash your hands and clear your schedule of sleeping through the summer.