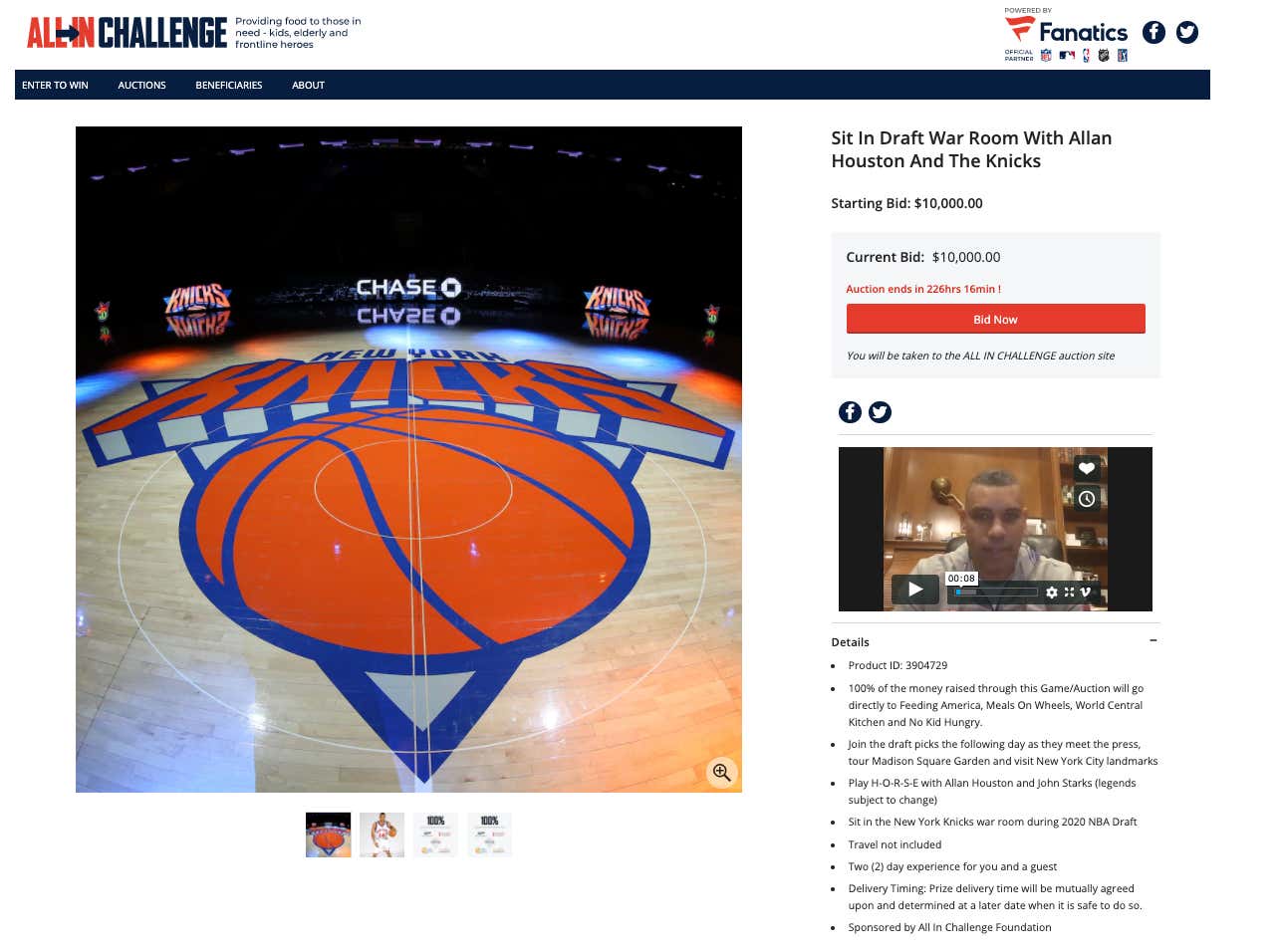 Welp, I guess it's time to have the 2nd hardest discussion a smut blogger will have with his wife (the 1st obviously being when you tell her that you are going to become a smut blogger) and tell her I'm taking our stimulus checks and whatever scraps are left from my retirement fund as well as my kids' college funds to pay thousands upon thousands of dollars sit in a room with Leon Rose, Allan Houston, and whatever professional buffoons from the previous Knicks regimes keep their jobs for a few hours. Not because I want to but because I have to.

I may not bring a lick of college hoops knowledge to the table since I watched about 40 minutes of minor league basketball this season, with more than half of that being the end of Siena games so I could know when to tweet this gem of a video following every Saints W.

Blogger's Note: Siena was 9-0 once I started tweeting that video nbd

But lets be honest. Any college basketball knowledge the braintrust at MSG has had this century has resulted in zero (0) players being re-signed after their rookie deal was up since Charlie fucking Ward back in the 90s. I guess you can say that Tim Hardaway Jr. technically signed a massive deal here after his rookie contract ended with the Hawks following the Knicks trading him to Atlanta. But I'd rather suck coronavirus' dick to completion before reliving that nightmare which resulted in the Knicks trading the best player they've drafted since Patrick Ewing to get Hardaway off the books. Since I get to bring a guest, I'll let Reags educate them on who to draft since all that sick puppy does is watch hoops and crank out roughly a dozen blogs a day. Plus lets be honest, he honestly can't do worse.

The reason I have to get in that war room is because Knicks fans finally need to have a presence in the war room. It may just be me yelling and hissing at execs who weren't with the franchise 6 months earlier by begging them not to mortgage the future for whatever star is on the trade block with a massive red flag next, stop kicking out beloved figures of the franchise, and stop using the Knicks PR Twitter account as little jimmy dolan's personal propaganda machine. But we need our voices to be heard other than the annual SELL THE TEAM chants. If James Dolan just so happens to be there, it is my promise to you that I will do whatever I can in my power to finish the job Charles Oakley tried to do a few years ago, which is slap the kazoo out of his mouth and maybe chokeslam him through a table. And since this is for charity during a pandemic, I'm pretty sure it would be against the law for them to throw out a paying customer for once.

I also think I'll raffle off my chance to play HORSE with John Starks and Allan Houston because I don't know if I can look in the eyes of the man that had a shot at my one chance to see a Knicks championship get partially blocked by Hakeem Olajuwon and then went 2-for-18 in shots the next closest time along with Allan Houston going from my favorite Knick to watch shoot the basketball to a guy who chewed up wayyyy too much of the Knicks cap space for years and has now seemingly become the Anakin to James Dolan's Palpatine.

Instead, I'll just remember Starks, Houston, and the rest of those 90s Knicks by listening to this song and allowing the 8000 CCs of dopamine to flood my brain.