And let there be no doubt. The Kennedy fucking blows. I had no issue putting I-90 #2 on the list of worst highways in Chicago saying this:

2. 90 Kennedy: 3 lanes for the most populated part of the state. Mind blowing shit. Worst part is sitting in traffic watching the Blue Line race by you while you’re doing the mental math to figure out how much faster those blue line passengers will get to their destination than you. Northsiders see it as a point of pride – the view is pretty damn nice coming in, they say. But it comes with a cost. The traffic boils down to people not knowing how to exit in the Loop, and that makes its way all the way back to Rodgers Park. It’s not the people on 90 as much as it is the basic layout. How anyone thought we could be smart enough to navigate the exits on the Kennedy will always be beyond me. We were set up to fail with 90 and thanks to decades of poor infrastructure decisions it appears that tune isn’t changing anytime soon. For the commuters, take the blue line or the metra. You’re a savage if you hit 90 in/out every single day.

The only thing preventing it from being #1 on the list is the overwhelming lack of gun violence. For all intents and purposes it's dead last in every other metric and that's long before we mix in a 50 car pile up at literally the worst spot you could pick on the map for north siders. So consider this today's geography lesson too. 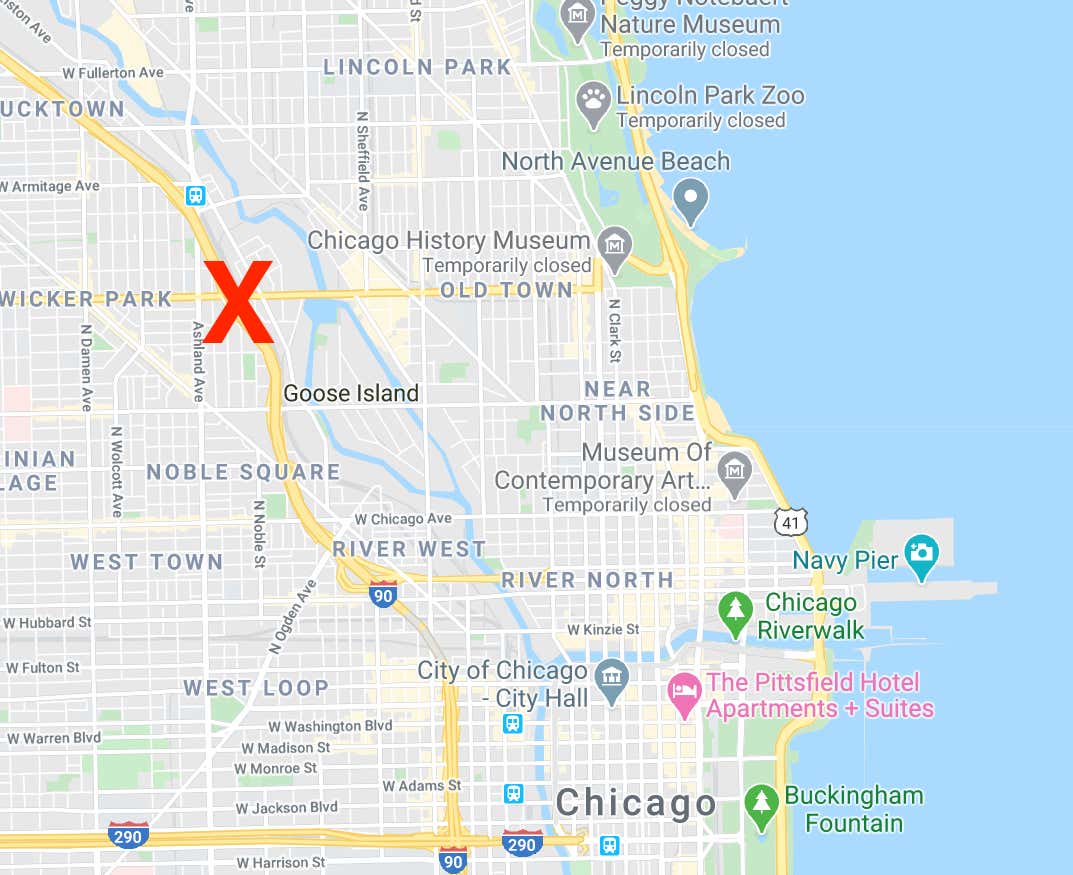 Stay safe out there guys. Even if you're just sitting on the couch today getting loaded in an April snowstorm. I need you guys to be safe, especially if you put a case of beer on the porch. Lots of twisted ankles and sprained MCLs to be had in wet socks on hardwood so think ahead and put a rug down. Otherwise, by all means, please get after it responsibly.

PS - I was going to complain about this the other day but it didn't feel appropriate because we are in a global pandemic, but the roads are notably more reckless. The other day I did about 3 miles in 44 minutes on 290 and was nearly at the point of just leaving my car and walking home. I'm not sure how to complain about things though because of general sensitivities. Some guidance would be really helpful. Like the other day I had BRUTAL chicken parm. Am I allowed to complain about that because it sucks or would people be like YOU'RE FUCKING LUCKY YOU GET TO EAT BAD CHICKEN PARM. It's hard to tell in this climate so I'm going to pass on complaining about both. I just want you guys to know I had these experiences and I'm a tougher man because them.