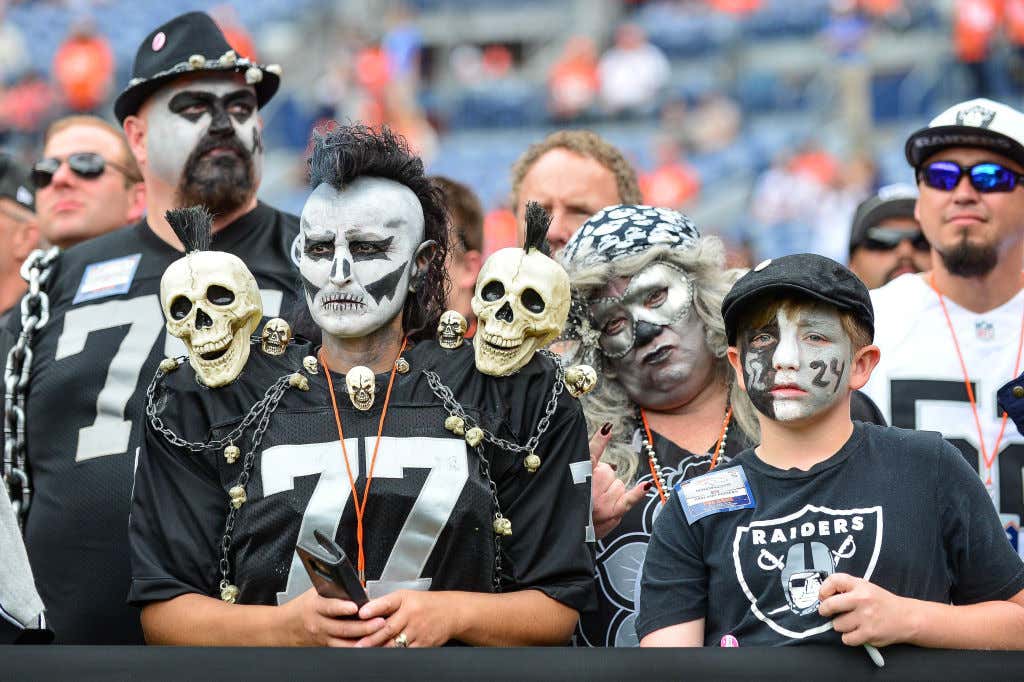 Las Vegas Review Journal- If the coronavirus crisis were to delay the completion of Allegiant Stadium, the Raiders have contingency plans that could include finding a temporary place to play. Before signing their final lease with the Oakland Coliseum last offseason, the Raiders investigated options that included playing games in Salt Lake City, Phoenix and San Diego, and it is realistic to think that all of those options could be resurrected. A person close to the situation, however, indicated that scenario remains the most unlikely and would only be triggered in an absolute worst-case scenario.

If there is a delay that creates a significant setback, a more likely solution is using the preseason and early part of the regular season as the means by which the Raiders and the NFL can buy back the necessary time to complete the stadium in time to host a normal eight-game home schedule. All of which would be predicated, of course, on the NFL beginning its season as scheduled. And with COVID-19 casting some doubt on that happening, the entire dynamic could change as a result. At the moment, Allegiant Stadium remains on track for the Raiders to host two late summer preseason games and an eight-game home schedule. The roof is scheduled to be completed within two weeks, leaving the bulk of the remaining work in the interior of the facility.

Nope. Uh uh. Absolute NOT! There is no scenario in the millions of potential outcomes from all this covid bullshit that we can allow the Raiders to end up playing one home game in Salt Lake City, let alone an entire season. If that happens, not only does the coronavirus win but every person that cares about the history of the NFL loses and I'm pretty sure it would kill Al Davis again.

The state of Utah and the Raiders franchise go together like gum and peanuts or Portnoy and Boeing. It's just doesn’t work. I know that Utah somehow was able to keep the Jazz nickname after they swindled the franchise from New Orleans despite it making less than zero sense and a perfectly good NBA team back in Nawlins that could use it. But throwing the Raiders in a town like Salt Lake City is just wrong. The Autumn Wind is a raider, pillaging just for fun. He'll knock you 'round and upside down, and laugh when he's conquered and won. If you recited the lyrics to that song or even wore silver & black together anywhere in Utah, I'm pretty sure they'd arrest you on the spot. Plus this seems like a pretty poor place to put an NFL team (Not a bad place to put a Chick-Fil-A though)

I'm not sure if Utah deserves another sports team based on the reputation of how some Jazz fans act during Jazz games, which is saying something considering the history of Raiders fans. But that's another blog for another time.

While we're here, I'd also like to dismiss the San Diego Raiders as being a possibility because it would be fucked up to tease the NFL fans who lost their team for no good reason by giving them a rival for one season or even a few games and it would probably kill Bolt Man, who clearly has moved on and has bigger fish to fry.

I can't really find a hole in the Phoenix argument other than Arizona having two NFL teams feels really weird.

Which is why I vote we just throw the Raiders back in Oakland for one more year. Yeah, this would be like the 10th time in Raiders storied history the they were a lame duck in the Black Hole. But football just feels right in Oakland. The shitty stadium, the crazy fans, the goddamn baseball diamond on the field. Everything is perfectly quirky NFL like the neighborhood surrounding Lambeau Field or the savages throwing each other through tables in quiet Orchard Park. If the Vegas Raiders can't be a real thing, please let it be the Oakland Raiders, Phoenix Raiders, or literally anything in the world except for the Utah Raiders (no offense to any Utah Stoolies out there if the state hasn't blocked Barstool as a whole).

P.S. While I was looking for a thumbnail for this blog I stumbled upon this gif and it's my favorite thing in the world despite the fact I despise cigarettes. Everything about that gif just feels right and is exactly why the Raiders shouldn't even be allowed to enter the state of Utah for any reason ever.