Okay, maybe a "champaaagne showwwwer" is a bit of an exaggeration. But getting a quick spray of champagne during quarantine is like getting doused with a bottle of bubbly during regular times since I know most girls are happily not washing their hair while in lockdown, which I will always find crazy. I personally wash the peach fuzz atop my head every single day. May even rinse and repeat if the mood catches me right (Usually because I forgot I washed my hair the first time because my brain is mush). Girls happily passing on washing their hair will never make sense to my dumb brain since they are always clean.

Okay, I'm rambling. Whatever. I won't criticize Olivia for not washing her hair because apparently drying and brushing it every single day is a nightmare. But maybe next time, don't pop the cork directly at the guy with the $64 million deal unless you know all that cash is guaranteed. Because while a running back could probably still play with one eye, his field vision and ability to catch will almost definitely take drastic hits, which could hurt whatever future earning power running backs have and downgrade the brand of champy that can be popped.

That being said, how awesome would it be if Christian McCaffrey became an eye patch guy after losing that eye, signed with the Las Vegas Raiders because that's the exact type of team that would buy low on a one-eyed super athlete, and Olivia Culpo became the First Lady of Raiders Nation? I can see the silver and black RUN CMC jersey and shirts with the obvious tie in to the Raiders logo. 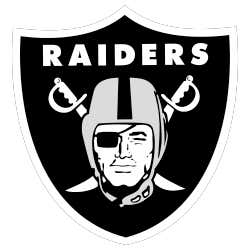 Now to the reason you clicked this blog in the first place.