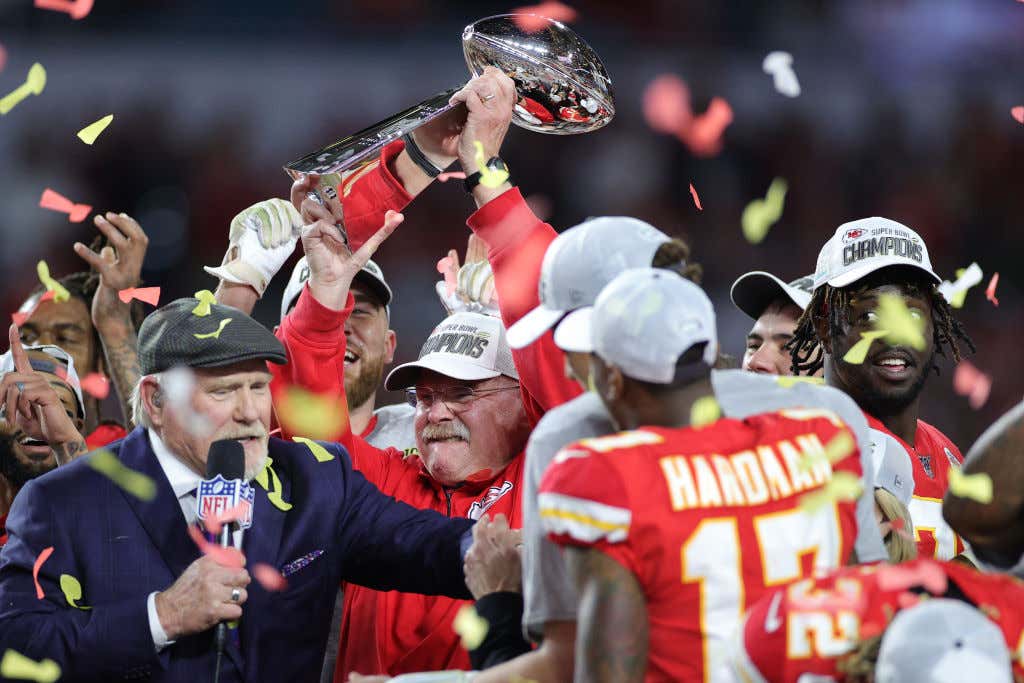 SI- It’s been a little more than two months since the Kansas City Chiefs came back from a 10-point deficit in Super Bowl LIV to defeat the San Francisco 49ers. It was a huge win for Kansas City. Now, according to one Coronavirus expert, it may have been a victory for the whole country. Dr. Niraj Sehgal, a professor of medicine at the University of California San Francisco and co-leader of UCSF’s COVID-19 command center, said that the novel Coronavirus would have likely experienced a widespread transmission if San Francisco had held a Super Bowl parade. He explained his reasoning in more detail in a Zoom call the school shared on YouTube.

“People may not remember this that well, but Super Bowl weekend, in some ways, with apologies to the 49ers’ fans, the gift we may have been given was the 49ers losing,” Sehgal said.

As the Chiefs were victorious, the streets of Kansas City were packed with fans, leading to Union Station. If the gathering was held by the 49ers, Sehgal said, our situation could be worse. San Francisco was one of the first places in the country with an outbreak of Coronavirus. As the city begins to flatten its curve, Sehgal says they, in some ways, have the Chiefs to thank. “It’s a date that I will never forget, because the Super Bowl Sunday was actually the night that we stood up formally, our command center,” Sehgal said. “And the reason for that is another — again, it’s funny to call it a gift — the gift of [having] two of the first patients in the country that required hospitalization.”

While I am no Dr. Fauci, I think we can agree that a giant parade being thrown in a landlocked state like Kansas Missouri is better to prevent the spread of a super-infectious disease than a giant parade being held in an international coastal city where the streets are paved with shit and homeless people that also happens to be a destination for the country that got this whole pandemic started.

Which takes me to my point. Did Andy Reid and Patrick Mahomes save the world by coming back against the 49ers? Because based on that data, it feels like shit would somehow be much worse if those two didn't bring their A+ games for the last 9 minutes or whatever. If so, does Mahomes get a Medal Of Freedom to put alongside his Super Bowl MVP while the story of Andy Reid is added into every text book 10 years from now, with February 2nd being known as Andy Reid Day around the globe where everyone wears Hawaiian shirts and hammers down cheeseburgers in honor of Earth's greatest hero? Good luck negotiating those contract extensions now, Mr. Hunt.

If you wanna really get down in the details, we can #EmbraceDebate and start asking questions like:

- Was Jimmy G's overthrow of Emmanuel Sanders the Sliding Doors moment of the coronavirus like if Archduke Ferdinand's assassination never happened?

- What would Andy Reid have eaten after the Super Bowl if he had known he just saved a bunch of lives?

Again, based on strictly what we know, the answers are Yes, Yes, and still the biggest cheeseburger ever.

I know 49ers fans don't want to hear this, but sometimes when you lose, you really win. Rosie Perez said that in "White Men Can't Jump", so you know it's true.

*Also me after seeing Big Cat blogged this, likely a million times funnier, right when I did