Sportsnet just re-uploaded "Defector: The Alex Mogilny Story" to their YouTube page. The special is originally from November '14 so don't yell at me for blogging an old video because I clearly know that it's not new. But with that being said...the Alex Mogilny defecting story is easily the sexiest story in NHL history and I feel like we still don't talk about it nearly enough. I mean this story had everything. You've got Soviets, you've got part spy movie, you've got part sports movie, and you've got the good ol' US of A coming out on top in the end. The fact that Hollywood hasn't turned on their brain and made a movie out of this yet is insane.

The only reason why I wouldn't want a movie out of this is because I don't think there would be a better actor to play the role of Mogilny than Anton Yelchin and unfortunately he's no longer with us. But other than that, I don't see what could possibly hold this up. Sports, Soviets, spies. The only thing its missing is sex but I'm sure that Hollywood could write a little romance into the movie and give Mogilny a lady back in the USSR who makes the decision to defect a little more difficult to him. All I'm saying is that the story was made to be a movie, even if that means I need to write it myself because Hollywood has been asleep behind the wheel for too long.

Sidenote: I have no idea how Alex Mogilny isn't in the Hockey Hall of Fame yet. 1032 career points in 990 games. Was a 76-goal scorer in '93. Part of the Triple Gold Club (Olympic gold, World Championship Gold and Stanley Cup). And he was also the first Russian to defect to the NHL. The man was nasty.

Oh and he was an absolute beauty too. The setup he rocked in Toronto was all time. 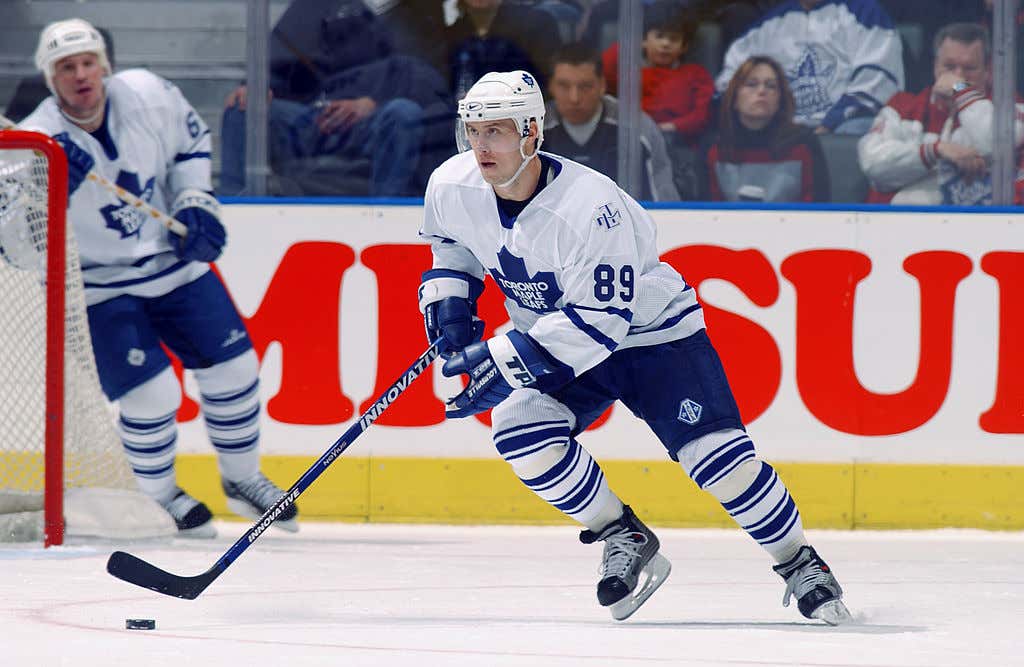 Bauer Vapor XX skates. The TPS gloves. Nike bucket with a curved visor. What. A. Look. Just so goddamn clean.