You will have to look long and hard to find a better man cave than what David Wells has in his house. It's basically Cooperstown Jr. I originally thought this was some old video of a museum Wells once visited. Nope, that's his man cave in his home and it's fucking awesome.

Major League Baseball has to be FURIOUS that Wells refuses to give up any of these artifacts. The Babe Ruth statue. The Babe Ruth jacket and jersey. All of his game worn stuff from his perfect game. The autographed jerseys of Nolan Ryan, Roger Clemens, Rickey Henderson, Guidry, Ted Williams, Larry Walker, Sosa, Frank Thomas, Barry Bonds, Hank Aaron, and more. All of those signed balls. Dude even has some game worn cups in there. 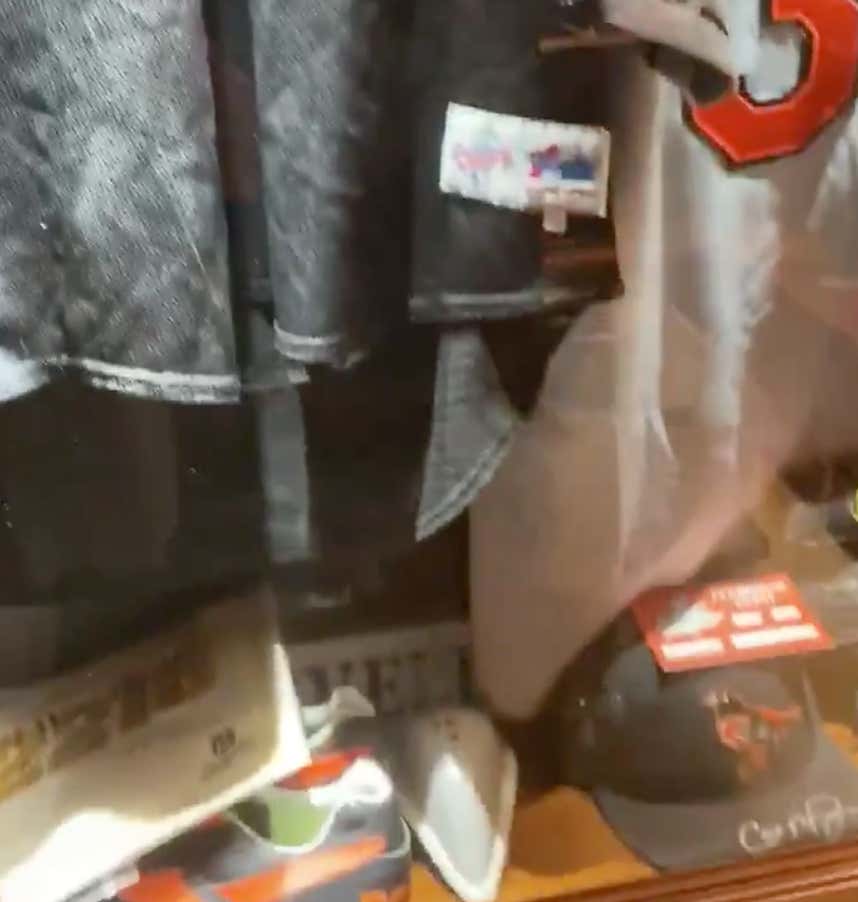 Well is such a legend and I expect nothing less than this. Dude was out partying until 5am the night before he tossed a perfect game. He was hungover as balls in the Yankee Stadium sun just trying to get the game over with. His best plan of action was to retire 27 guys in a row to get that shit over with ASAP. Genius.

Overweight. Hungover. I wish David Wells pitched in today's game because he'd be the most popular player in the league. That's not to say he wasn't a legend back then, but Twitter would have anointed him a hero in 2020. Glad to see he's doing well these days and having fun on Twitter.

Take a few minutes out of your morning and watch the end of his perfecto. Old Yankee Stadium was unreal.