Quarantine aside, we’re currently stuck in this bizarre era where dating seems to be becoming increasingly harder despite the fact that it’s overwhelmingly easier than ever to meet and communicate with new people and potential partners. With the ubiquity of dating apps and social media, it should almost be impossible to not be in some type of serious relationship unless you’re actively avoiding one. If you’re in your twenties and live in a decent size city, it’s almost mindblowingly impressive if you’re unwillingly single and not severely deformed. For the women who don’t want to continue to fall into that category, here are the top three worst things a guy can do on a date to prove to you that’s he’s a waste of time.

1. Suggest a restaurant with a feminine name 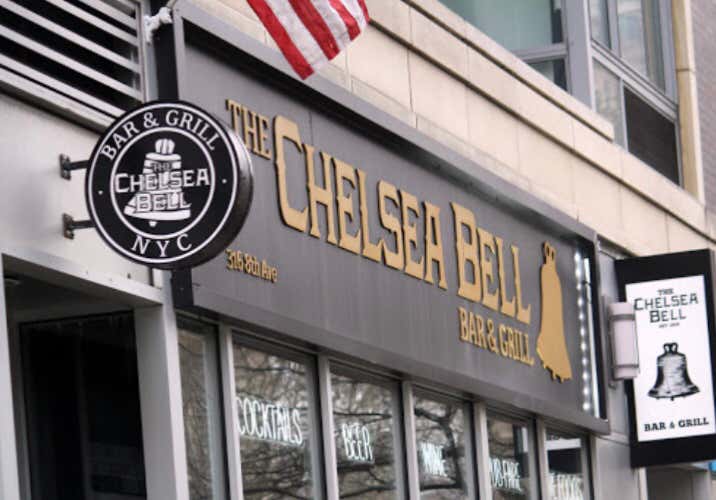 Ladies, just play it safe and avoid any guy who wants to take you out to a place with a name that sounds even remotely unmanly or suspicious. Besides, imagine thinking that a “man” who says something like “how about Chelsea Bell?!” or “let’s do Ruth’s Chris” or “I’m craving Peter Luger!” will also be capable of satisfying a woman sexually. Forget about it. Stay far away from any dude who’d even hint at eating at a place with a feminine name like “Eleven Madison Park” or “The Spotted Pig” or “Petite Boucherie.” That’s a dude who’d be more “in his element” at a little girls’ playground or French petting zoo.

If you’re looking for a guy who actually wants to fuck you until you’re fulfilled (hand up), then maybe, just maybe, pick someone who at least has their masculinity in order. I’m talking about a man who likes things like lifting weights, using power tools, punching people square in the face, starting gigantic fires, and being a lawless cowboy. That’s why I typically take my dates out to places like Boxers, Hardware, Gym Sportsbar, Flaming Saddles Saloon, REBAR, and The Toolbox. Hell, I‘ll even do some solo grubbin’ at some of those spots from time to time. That’s the beauty of living in the Big Apple.

The only thing more feminine than having a “full belly” or being “stuffed” is finishing your meal and still “having room” for dessert. It’s nearly impossible to even say the word “dessert” without sounding sassy and flamboyant. That second syllable skips off the tongue like a caffeinated thespian. If he willingly waits an extra 10 to 25 minutes at the end of your date for something like a “butter pecan blondie” then imagine what else he’d do to delay or refrain from having sex with you. Run away. Fast. Maybe it’s just me, but I can’t even fathom craving a creamy confection or sugary treat over a big old slice of pussy.

The only thing more embarrassing and girly than having a “sweet tooth” at the culmination of a dinner date is feeling the need to “nibble on something small” at the beginning of a dinner date. If he’s prioritizing “poppers” or “pinwheels” over wooing a woman with his words, then he’s NOT the one for you, or any female for that matter. And that’s that on that. Imagine thinking you’re about to have an unforgettable night with the man of your dreams, only to find yourself sitting across from a zesty little man with a mouth full of itsy bitsy bacon bites and melted mozzarella.

Imagine meeting a guy, immediately falling head over heels for him, truly believing he’s “the one,” being smitten that he finally asked you out on a date to one of the top steak houses in the country, spending hours getting ready and texting your friends about how excited you are, and then finally sitting down for dinner with him, only to witness him genuinely ask the server for something like a “Bloomin’ Onion” to “hold him over”? Imagine the crushing defeat of realizing you’re now face-to-face with an effeminate fairy who requires a blossoming pink vegetable to keep his little tummy from rumbling too hard.