To be fair, my brother-in-law isn't a big sports guy. He's too busy working at NASA trying to shove satellites into outer space. And considering that, it's not that bad of a set of guesses. There are some teams that simply spell out their team name in the logo, which are kind of a layup. (I also had to explained to him what a layup was.) There are others where he was completely off, but in such a way that he might have out-thought the actual team names. 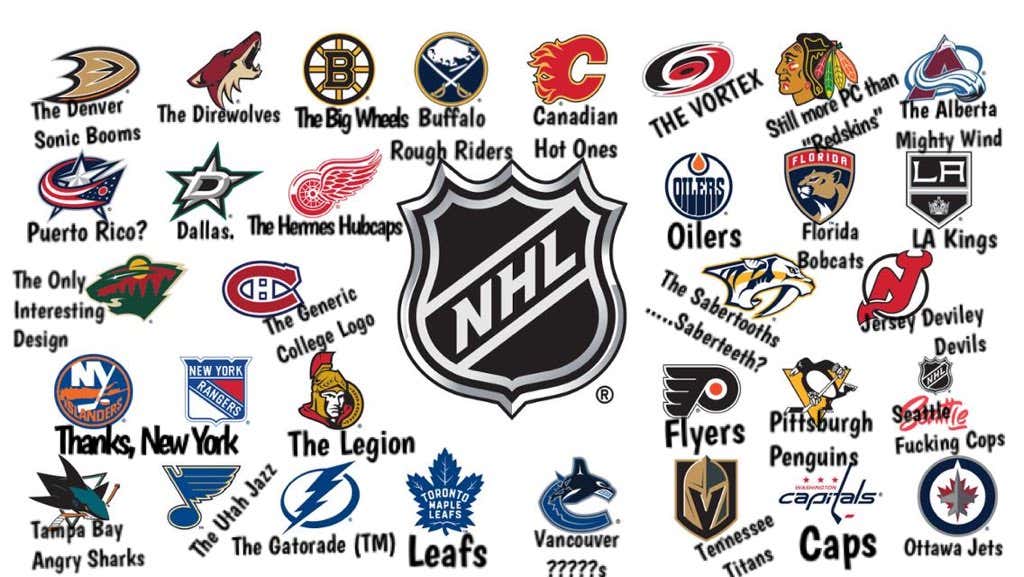 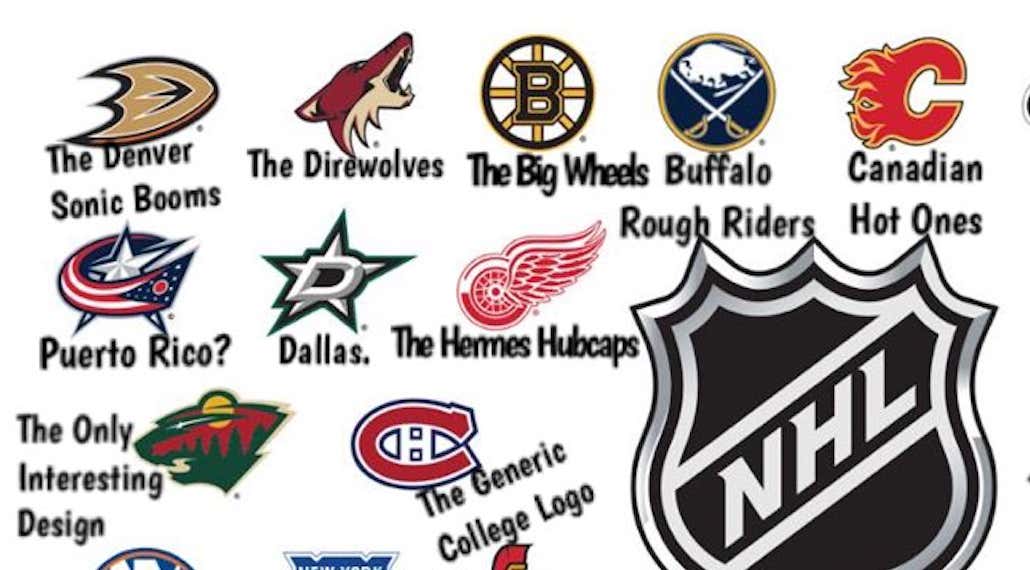 This first region kicked his ass, I'll be honest. He got 2 cities right (Dallas and Buffalo) and not much else. This image does include three of his master strokes in team-naming. The Calgary Flames should change their names to the Canadian Hot Ones post haste, as should the Detroit Red Wings be reassigned as the Hermes Hubcaps. Similarly, the Columbus Blue Jackets shall hereby go as "Puerto Rico?" Honestly, I had to double check that this was their logo, because after seeing it as the Puerto Rican flag, it's hard to understand the original logo. Kind of like one of those ambiguous images that simultaneously depict a young pretty woman, but when you look at it a different way, it's the Puerto Rican flag. I also don't know what a Direwolf is, but I'm sure it's some erudite literary reference and my ignorance of it just makes me feel small.

This region was filled with more hits. Both New York teams shove their team names down your throat. Same with Toronto. Credit to him knowing that Vancouver was Vancouver based on their whacky art design. He also could identify a shark. And I really can't fault him for not knowing the "Jazz" were actually the Blues. Is St. Louis even famous for blues? Is Utah even famous for jazz? Why are we even naming teams after music genres? What's next, a basketball team named the Toronto Rap? His best work is with the Tampa Bay Lightening rebranding in a cross-promotion with sports drink giant Gatorade. The pairing seems to make sense, until J.K. Rowling gets involved and it evolves into a menage-et-trois of lawsuits that end up with Martin St. Louis playing Harry Potter and Daniel Radcliffe hawking Riptide Rush. 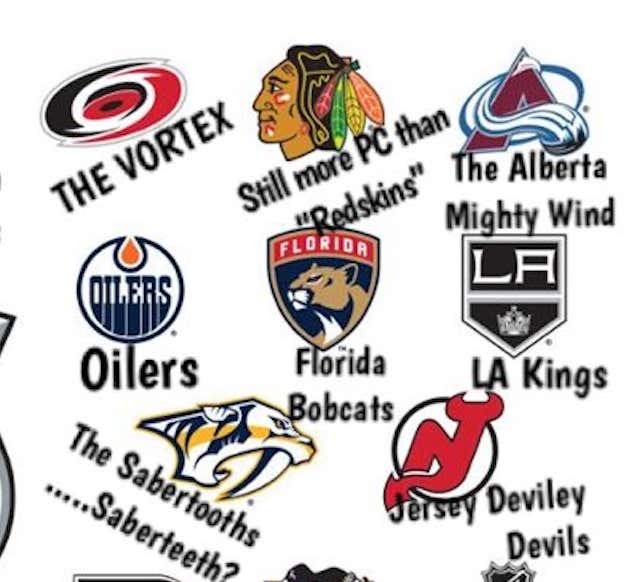 He does even better here, with correct answers in 50% of the guesses. He mistook a Bobcat for a Panther and a Sabertooth for a Predator, but did admirably with the Devis and Kings. The "Oilers" call made me laugh too. How did he know? And while the Redskins make the Blackhawks look like an NAACP initiative, it is probably puzzling for the non-sports fan to see such jarring iconography. I think it might be best to keep Chief Wahoo out of his cone of knowledge. The NHL also has a lot of weather-based names. The Hurricanes might as well the The Vortex, but the Colorado Avalanche have to be kicking themselves for not coming up with the Alberta Mighty Wind. God, does that sound regal. That franchise needs to be relocated immediately. 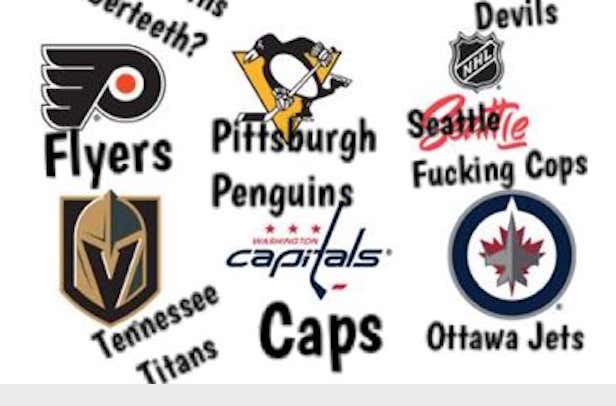 Another commendable effort. Pens, Flyers, Caps, no problem. Guessing that the Jets are from Ottawa and not Winnipeg makes sense too, the jet is in the middle of a big fucking O. The Tennessee Titans guess is pretty bad. Just like the Utah Jazz, he knows they are a real team, but the big V has to play into the design a little, no? That said, I guess Titans wore helmets? His final offering was for the unnamed Seattle franchise, but if they are still taking submissions, the Seattle Fucking Cops should be on the table. A team name in spunky cursive and then WHAM the official NHL badge. It screams authority.

If any of these teams are looking for a naming/branding consultant, please reach out and I can put you in contact with my brother-in-law. He clearly has a knack for this.