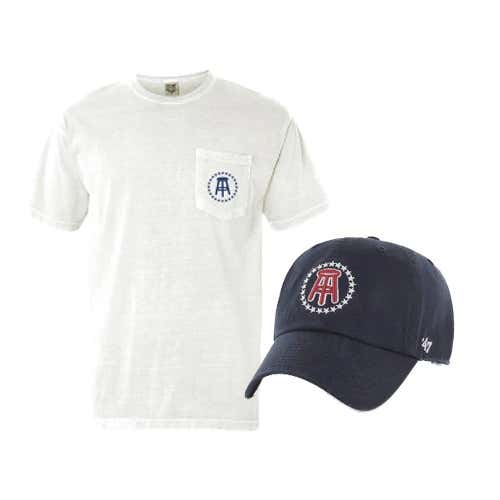 A big thanks to everyone who took the video tour of my Man Cave and named the athletes and celebrities in the 25 pics. There can only be one winner, and the winner is... Tim Cadman! Tim was the second one finished and the first one to get them all right. Congrats Tim!

Here are his answers as he submitted them: (as a former teacher I was impressed with the numbering)

As a result of his speed & accuracy, Tim wins a Barstool Bundle that includes a Stool Star Cap and Pocket Tee! The bundle is valued at $58, but available for a limited time in the Barstool Store for only $48! You can check it out here: