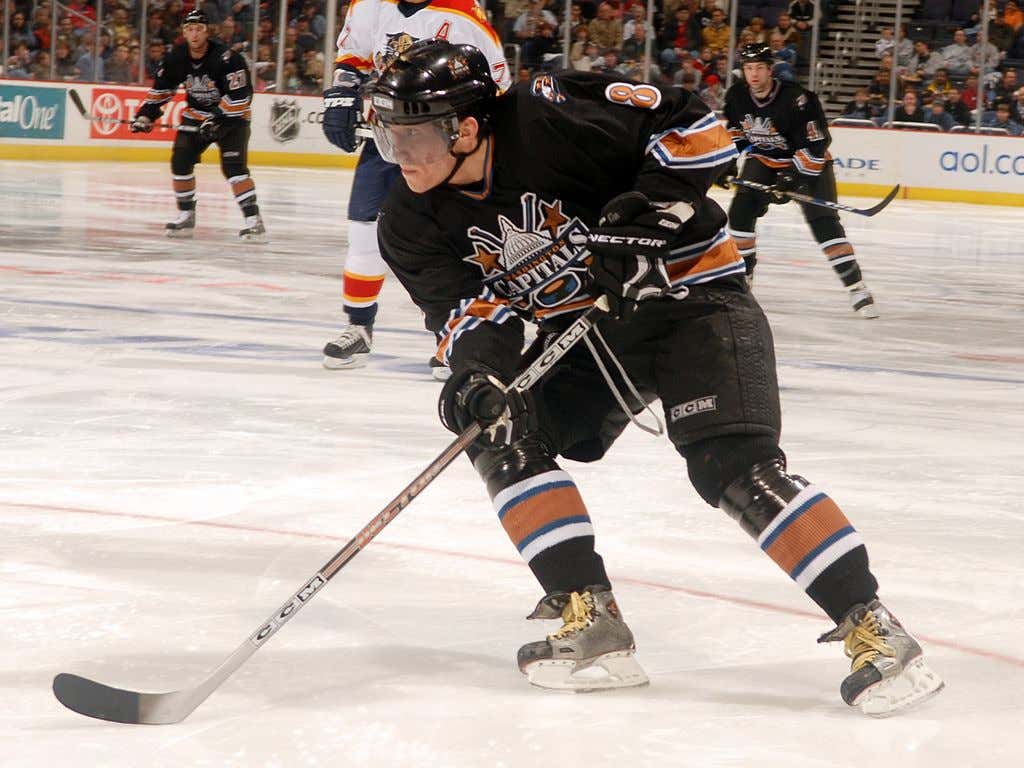 Okay so this isn't breaking news or anything, and there's a chance that some of you have probably already heard this story before. But it's new to me and since I'm the one currently typing away on the keyboard, that's all that matters.

Anyway, rewinding back to the 2003 NHL Entry Draft held at Bridestone Arena in lovely Nashville, TN. It was a pretty solid 1st round filled with plenty of future franchise players and Cup winners like Marc-Andre Fleury, Eric Staal, Ryan Getzlaf, Corey Perry, Mike Richards, Dustin Brown and Brent Seabrook. Brent Burns and Zach Parise were also 1st rounders in that draft. So overall, not a bad crop of prospects to choose from and it ended up working out beautifully for most of those teams. But the draft still lacked a generational superstar. There wasn't a potential "greatest goal scorer of all time" to choose from in that draft. And that's because teams would have to wait until 2004 to draft Alexander Ovechkin since he was born 2 days after the cutoff date for the '03 Draft.

But with the 3rd pick of the 2003 NHL Entry Draft (originally had the 1st overall pick but traded it to Pittsburgh) at Bridgestone Arena, that wasn't about to stop the Florida Panthers.

Post-Gazette - An indication of the eagerness with which Ovechkin alreayd is coveted was the Panthers' strange ploy last weekend to try to take advantage of this close-call birthday.

Florida General Manager Rick Dudley attempted in four different rounds to draft Ovechkin, arguing that, if leap-year dates were taken out of the equation, Ovechkin actually would turn 18 four days before his recognized birthday and thus have been eligible for 2003. The NHL rejected the Panthers all four times, but the league did comply with Florida's request to make the final one in writing. This way, if it is ruled that the Panthers were in the right, they could justify a claim on Ovechkin.

Julius Caesar. That pumpkin pie hair-cutted freak. He's the asshole who came up with the leap year in the first place. And without Julius Caesar, the Panthers don't trade away that 1st overall pick in 2003 and they take Alexander Ovechkin who goes on to become the 2nd greatest Russian to ever play for the Panthers organization behind only Pavel Bure.

Instead, the Panthers haven't won a single playoff series since they got swept in the '96 Final to Sakic, Forsberg and Roy. Not a single playoff series win in over 20 years. Hell, they've only been to the Stanley Cup Playoffs 4 times since then. This organization is absolute dog shit and it's all Julius Caesar's fault. What a piece of shit that guy was. It's just not right.

Sidenote: Simon Gagne was born on a leap day. So if we take away leap days and that means we never get Simon Gagne, I don't think I'm in for that trade off.