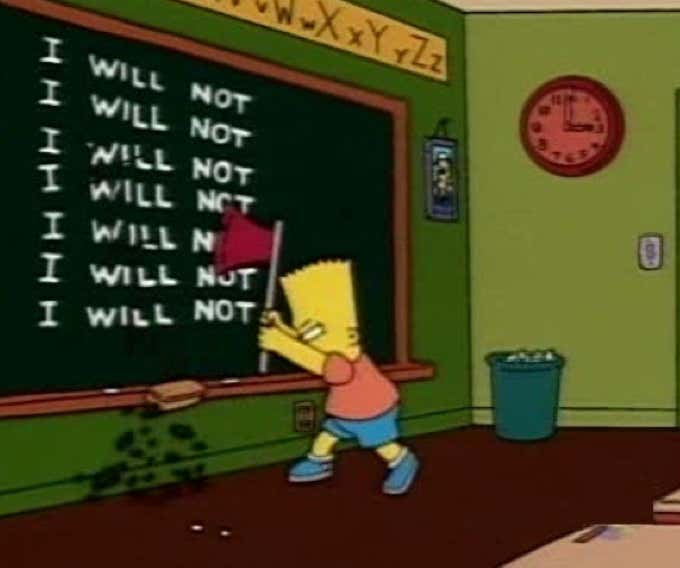 NEW DELHI: Ten foreigners who broke a coronavirus lockdown in an Indian town made famous by the Beatles, were forced to repent by writing "I am so sorry" - 500 times, officials said on Sunday (Apr 12).

Local police officer Vinod Sharma said they were each made to write "I did not follow the rules of lockdown so I am so sorry" 500 times. More than 700 foreign tourists from the US, Australia, Mexico and Israel staying in the area had flouted the lockdown rules, Sharma said, adding the unusual punishment was handed out to teach them a lesson.

Police in India have really tried to think outside the box when it comes to getting the public to stay inside during their quarantine. Initially they had cops rocking these bizarro world corona helmets.

Then they started driving around these corona cars.

Now anyone who is caught will be forced to dip the quill and write out "I did not follow the rules of lockdown so I am so sorry" 500 times. This may very well be the straw that breaks the camel's back. 500 is a lot of times. That's enough to cause a serious hand cramp, maybe even trigger some arthritis.

The real question here is if this is in pen or pencil. I could handle pen, but if you give me a shitty pencil to do this with I'll lose my mind. I'll never set foot outside ever again. I HATE pencils. If you were a teacher in grade school who demanded pencil-only use I'd freak out inside. Did I ever complain vocally and challenge the teacher's decision? Of course not I'm a pussy, but inside my blood was boiling. One of my biggest fears growing up was writing in pencil and needing to erase with basically no eraser left. I'd rather fail the test than endure that hardship. I blame my shitty 1710 SAT score on pencils and pencils alone.

Back to the story, I thought it was hilarious how they buried the lead in this article. The headline and first half are all about police officers being nice and forcing these violators to write as punishment. Later on they get into a recent incident where a pedestrian pulled out a fucking SWORD and chopped off a policeman's hand. I mean Jesus Christ India what are we doing here?

The group were stopped in a vehicle at a checkpoint and - refusing to turn back as ordered - hit the accelerator and smashed into steel barricades, officials said. During the clash, one of the group pulled out a sword, slicing off a policeman's hand. Six more officers were injured in the attack, police said.

I imagine asking that guy to write out "I'm sorry" 500 times won't do the trick.