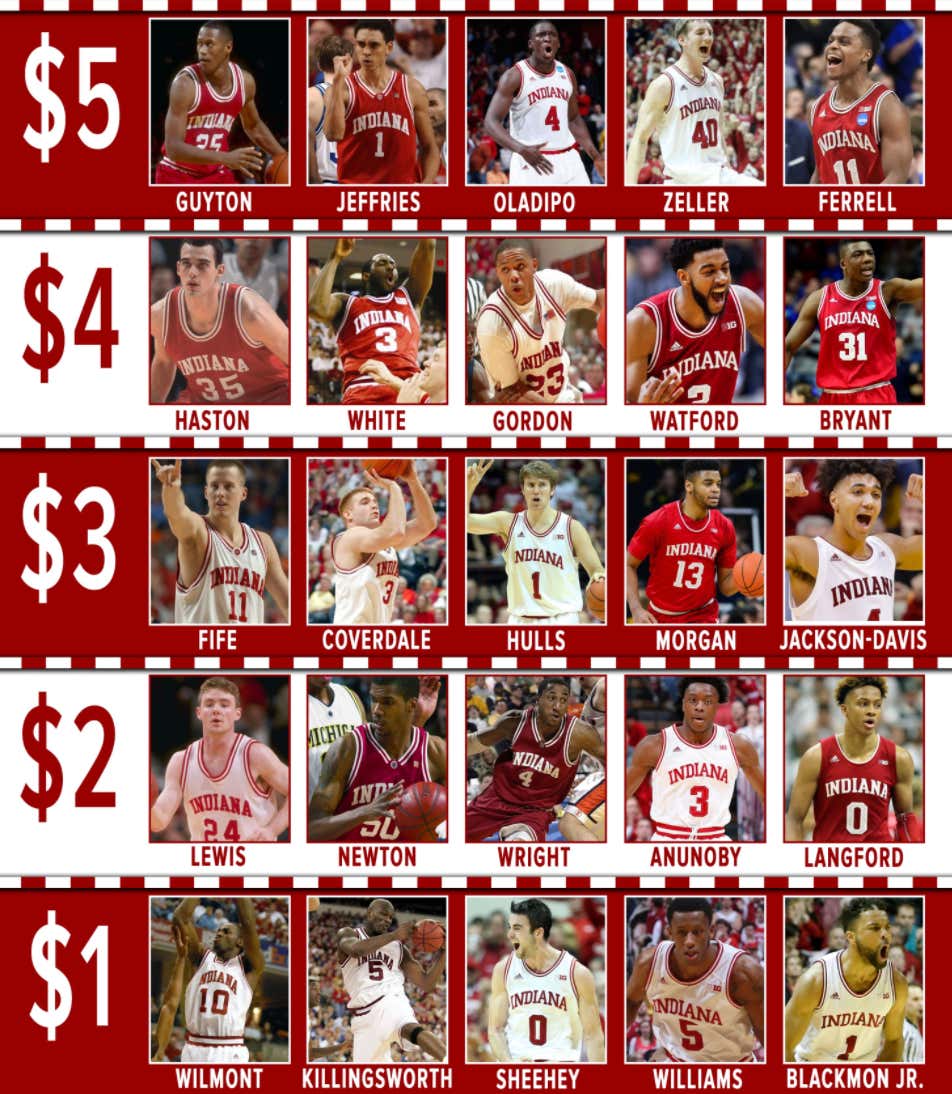 Nothing better than a pick your starting 5. The team that I WANT to pick has Dj White as the starting center with Marco Killingsworth running the point, but the team that is set up to win for $15 goes as follows ...

Gordon was still averaging 20 pts a game with a broken wrist as a Freshman.  I watched Ej get triple teamed in high school and still put up 30 in a tourney game. Eric Gordon is the best high school player I've seen play in person.

Coveradle is a hick from Noblesville, Indiana that lives and breathes basketball. He was the heart of the 2002 Runner up team. Yogi is too expensive, and Langford is too raw.

The only reason Newton is $2 is because he is over shadowed by other talent on the Hoosiers roster.

At $1 I wish I could take 5 Sheeheys, then pocket the $10 to recruit future players to my program. Sheehey is such an incredible athlete that his Vo2 max is at elite cross country runner levels. So not only can he hoop, but he is a mental warrior as well.