It was an Easter Sunday to remember for a little, brown horse residing at the Cat household. 27 races into the event that has taken the world by storm over the last month, the Cat Cave Derby, Spiral Ham finally won his first race on the track this evening.

And folks, this wasn't just a win, this was an absolute DOMINATION.

An impeccable performance from what had previously been a struggling horse: 16.27 seconds from start to finish, by far the quickest race EVER at the Cat Cave.

Spiral Ham has been on the receiving end of some harsh words over the last month, as owner Mr. Cat has really rubbed in the "Dumb Bitch" nickname. But even he was in total shock after the underdog crossed the finish line on Sunday evening.

"For 10 seconds of Spiral Ham's life, he decided to be elite," the host of the No. 1 sports podcast said. "The Ham Fam has witnessed history tonight, it finally happened."

Despite crossing the finish line before the other three horses, it wasn't a perfect night for Spiral Ham. After the win, the horse basically died on the track. All of the guts, effort, and hard work were used up in those 16.27 seconds. But none of that matters. An Easter Sunday we will never forget. Spiral Ham is the winner at Race No. 27 at the Cat Cave Derby, and he did it in record-breaking style. 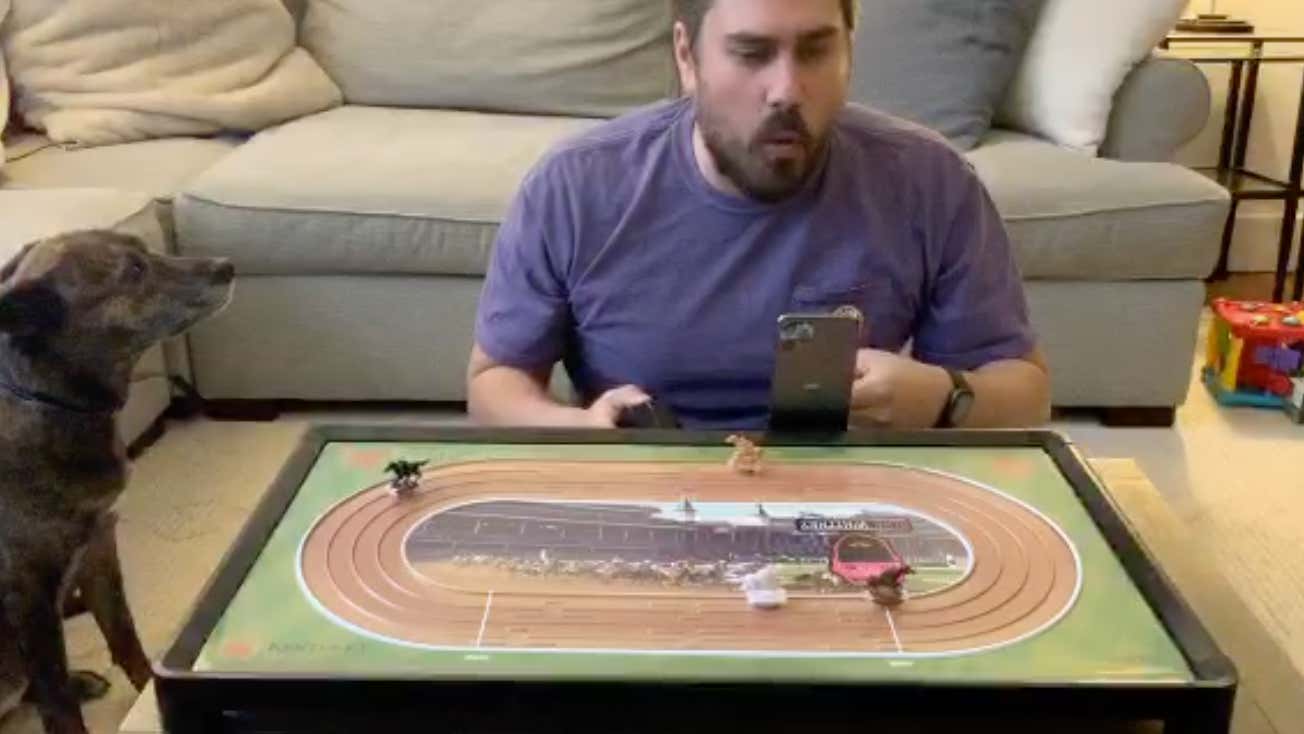 Thanks to everyone who submitted blog post headline submissions. Here are some of the best: