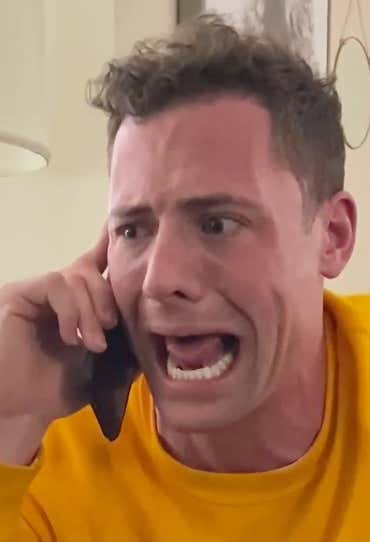 NYP - A new study from Alcohol.org shows that people stuck working at home all over the country may be pounding down cold ones in between Zoom conference calls with the boss.

States leading the plastered pack are Virginia and Rhode Island. Half their citizens reported drinking on the job while working remotely.

Nebraska, Kansas, Oklahoma, Iowa, Idaho, Nevada and Montana staggered in second at with about 40%.

I was just thinking about this exact thing this morning. We're in week...5 I think of working from home? Is it 5 or 6? I can't really remember. But I was wondering what the majority of the country does on an every day basis.

I can only talk for myself but I'm eating way more, way unhealthier, and around the clock. Meals don't exist. I just keep eating. If I grocery shop half the food is gone in a day. If I get pick-up (don't forget to tip even if you're picking up, it's important!) I'm not getting a salad, I'm getting a ginormous cheesesteak with fries and a milkshake. I have never had a streak of unhealthy eating quite like we're seeing now. Oh and of course the candy. I never stop eating M&Ms. Ever.

And then of course, the alcohol. When it's night time and it's time to start dealing with the existential dread of quarantine and the crippling loneliness, alcohol is the only solution. A bottle of wine per night has been my drink of choice, but I've also mixed in some beers along the way as well. Keep myself humble, ya know? Don't want to forget my roots.

So then back to the first point, I always wonder if it's like this everywhere. Is this how everyone is coping? Are people who live in, let's say, a suburb in Minnesota doing the same things as people who live in cities like New York? I assume people who have yards and nature and fresh air to breathe have an easier time adjusting than us that live on crowded streets in Manhattan. Are we drinking more because our situation sucks more? Or is it all an equal playing field and everyone's situation sucks equally as much? I'm wondering if there's a way to measure that.

There's a map over at Alcohol.org that shows what % of employees are drinking from home during quarantine. I figure you can add 15% to each state because people always lie to feel good about themselves. Plus pretty much everyone I know who has a "real job" has been having a pick me up cocktail around 3 every day while on some bullshit Zoom meeting or conference call. Even Utah is clocking in at a cool 29%, that's when you know it's real.

I have decided though to try and turn my diet around. I sort of hit a wall last night where I realized maybe I should cut back on the junk and alcohol during the week. Enough of the eating and drinking out of boredom thing, waking up every morning feeling like garbage certainly isn't going to solve anything. So starting tomorrow (we're in a transition period today) I'm going to start doing my best to eat like an adult. We're in a pandemic, not an apocalypse. Maybe I'll have some fruits and veggies for the first times in weeks, who knows! Get more than 15 steps in per day? Maybe! And stop drinking a bottle of wine every night. Maybe just a few glasses. We're not cutting it out completely though, let's not be ridiculous.

So hey, if you're coping the same way I've been and want to turn it around, I'm here with you. I can be your internet sherpa. I can't promise I won't relapse though. Oh and weekends don't count. We're not trying to be superheroes here for goodness sakes.