On the one hand that beautiful makeshift Magnolia Lane at Tiger's house makes me incredibly happy. Because it shows that he cares just as much as we do about the Masters and probably way way way way more. He wants to be playing sooooooooooooo badly today, to the point where he's constructing parts of Augusta National on his own property, and that makes me love him even more.

He wants to be down in Augusta, Georgia so badly that he had a fake Champions Dinner at his house on Tuesday

And now he's built a fake Magnolia Lane at his house on Sunday. This man wanted nothing more than to defend his green jacket today.

On the other hand it makes me sad because TIGER WOODS HAD TO MAKE A QUARANTINE-STYLE MAGNOLIA LANE AT HIS HOUSE. Holy shit man. Holy shit. Anybody wake up every morning during this coronavirus madness and hope it was just a nightmare? Because I do. I'm sure everyone does. It's supposed to be Masters Sunday today and yet today feels no different than the previous 30 days. We are truly living in a nightmare and missing Masters Sunday in April is just one small part of it.

But for real, that Magnolia Lane he built is actually awesome.

One year ago today by the way 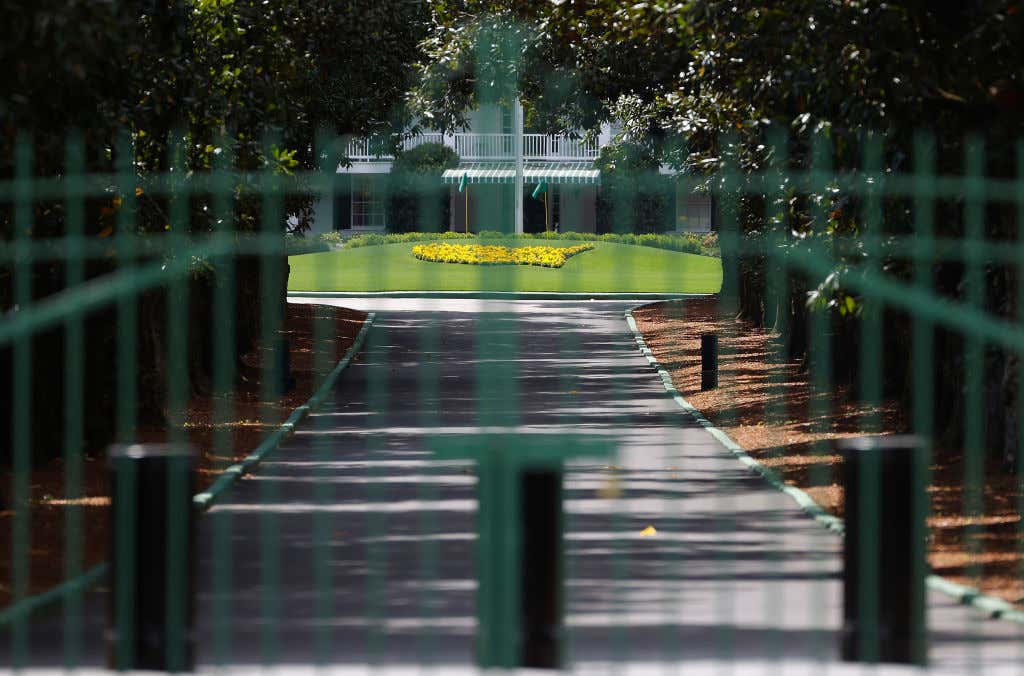