TMZ - Ezekiel Elliott and Dak Prescott are partying like it's NOT 2020 in the middle of a pandemic -- hanging together for a celebration that appears to violate the Texas "safer-at-home" order.

The turn up went down Friday night at the Dallas Cowboys QB's crib in Prosper, TX, and his star running back was there as a guest. We're told it was a birthday party for one of Dak's friends, and at the height of the bash, there were about 30 guests.

I think we can all agree on one thing here and that is that no player is bigger than the shield. Players come and go but the NFL is forever. I mean I hate the Cowboys more than Frank hates hummus, but I still respect them because they play for that almighty shield. But for some godforsaken reason, Dak Prescott has been galavanting around the past few weeks as if he's the most important human on the planet.

And it disgusts me. So much so that it's about time for Roger Goodell to step in here and do what's right not only for the NFL, but for America. Which is a little redundant because the NFL is America, so let's just say he needs to do what is right for the world. Roger Goodell needs to kick Dak Prescott out of the league effective immediately. 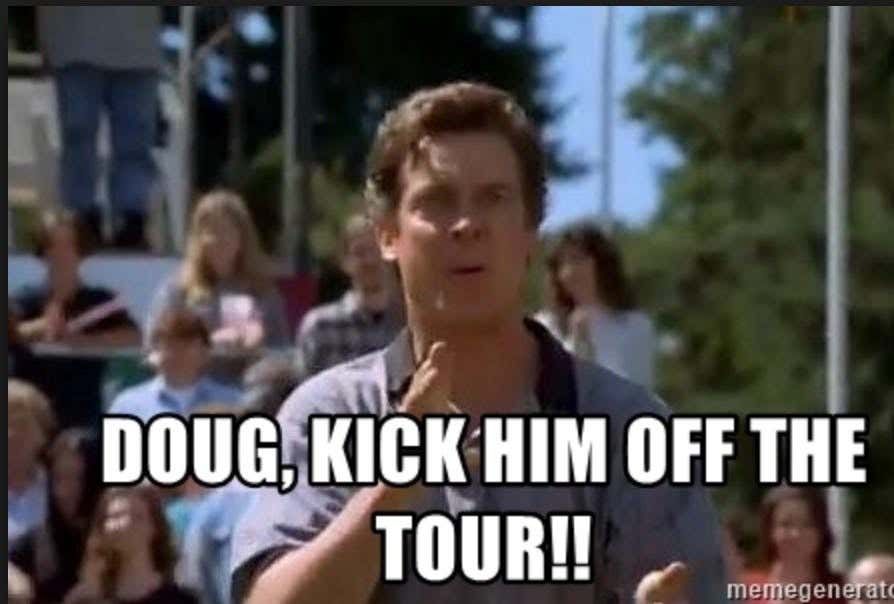 I'm just sick and tired of seeing Dak (and the entire Cowboys organization for that matter) constantly putting themselves ahead of the league. I mean this wasn't even an Easter brunch or anything like that. It was a birthday party for one of his pals. A birthday party. Buddy,,,,,you're 26-years-old, nobody has birthday parties anymore. Especially not during a pandemic when everybody is supposed to be staying at home to slow the spread of the virus. This couldn't wait? You couldn't just pretend like your bud's birthday was a few months from now?

Personally, I blame Mike McCarthy. The man clearly can't run a tight ship. We didn't see any of these issues when Jason Garrett was in charge. So you either kick Dak out of the league or you force the Cowboys to re-hire Jason Garrett as the head coach for as long as Dak's career lasts. Those are the only two options for Goodell at this point. His hands are tied.

I'm just glad my quarterback is taking this pandemic seriously and capable of thinking about anybody besides just himself right now. Tough, but fair, shot from the main account.