The Twitch chat was rocking. The 49,000+ fans inside the Carrier Dome were going crazy. The Slider Police was on the lookout.

But in the end, none of that mattered. No. 2 Florida State, led by Offensive Coordinator Gus Duggerton, took the trip to Central New York to face a hungry Syracuse team and escaped with a 31-24 victory.

After beating down Notre Dame last night, Coach Duggerton and company truly had to grind for this victory. Tonight's win marks four straight road wins for the Seminoles, and Mr. Cat let the Twitch viewers know that.

Up by a touchdown with three seconds to go, Mr. Cat realized he had the game in the bag. So, instead of taking a knee, Coach Duggerton attempted one last shot at a big play downfield. QB Jameis Winston connected with WR Brad Harris for a 42-yard gain.

"Even when I'm fucking around, I still win," said Mr. Cat, after completing the Hail Mary. "Shout out to everyone at Duggs Nation!"

While that play certainly attracted some eyeballs, the biggest takeaway was "Blind Play No. 2," which led up to the game-winning touchdown. Coach Duggerton debuted this new trick up his sleeve last week in South Bend, and it failed miserably. That was also the case on the first try tonight. But for this one? Not so much.

Should that play have been a touchdown? Absolutely. But you have to tip your hat to Coach Duggs for risking it all during a crucial moment in the game. If "Blind Play No. 2 failed," the Carrier Dome most likely would have ended up looking like this: 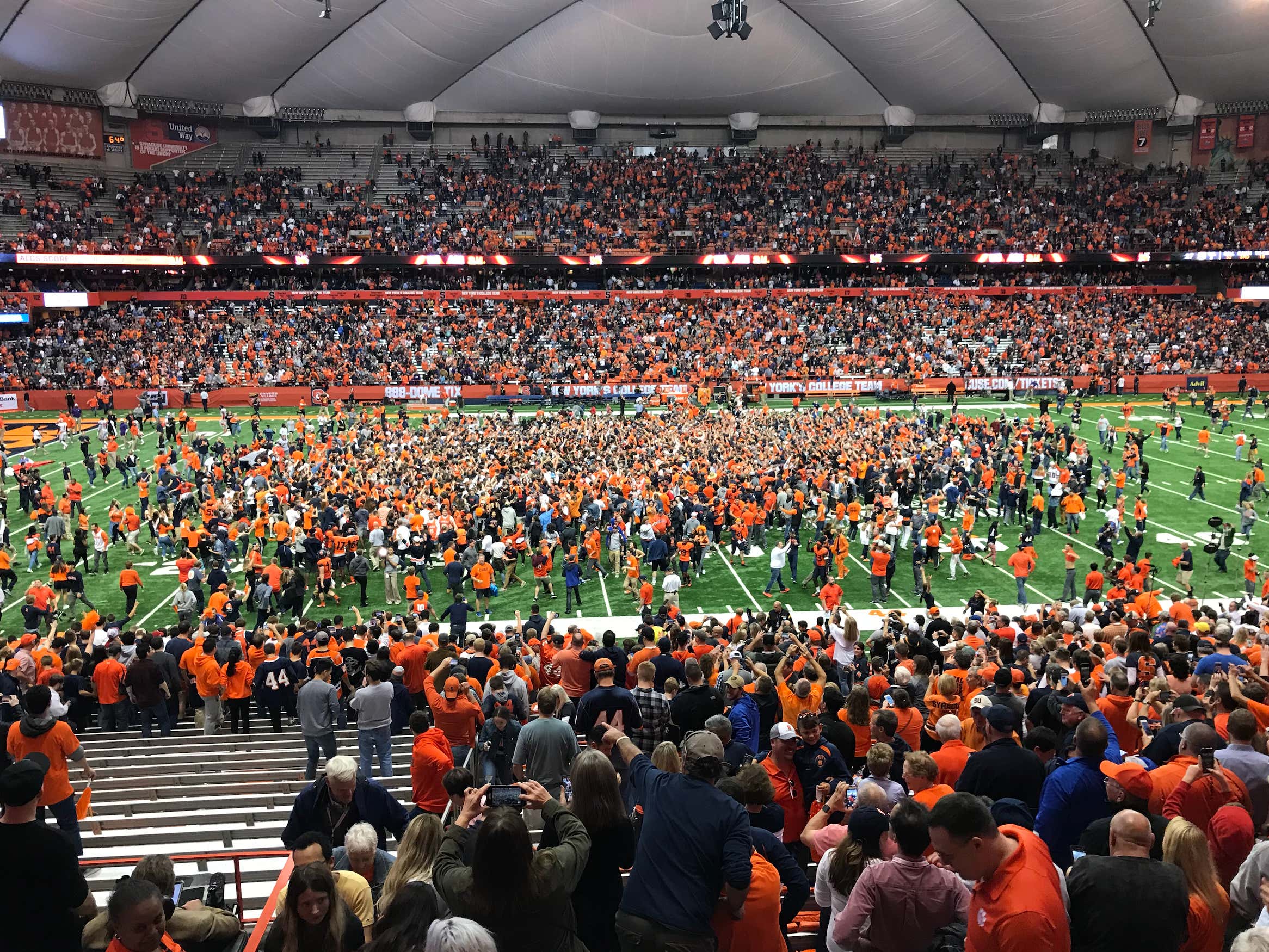 Instead, the dejected Syracuse fans are now off to the bar of their choice on Marshall Street, and their night will end with a drunk Calio's calzone at 2 AM. And that NEVER ends well.

Be sure to follow/subscribe to the Pardon My Take Twitch channel right here.