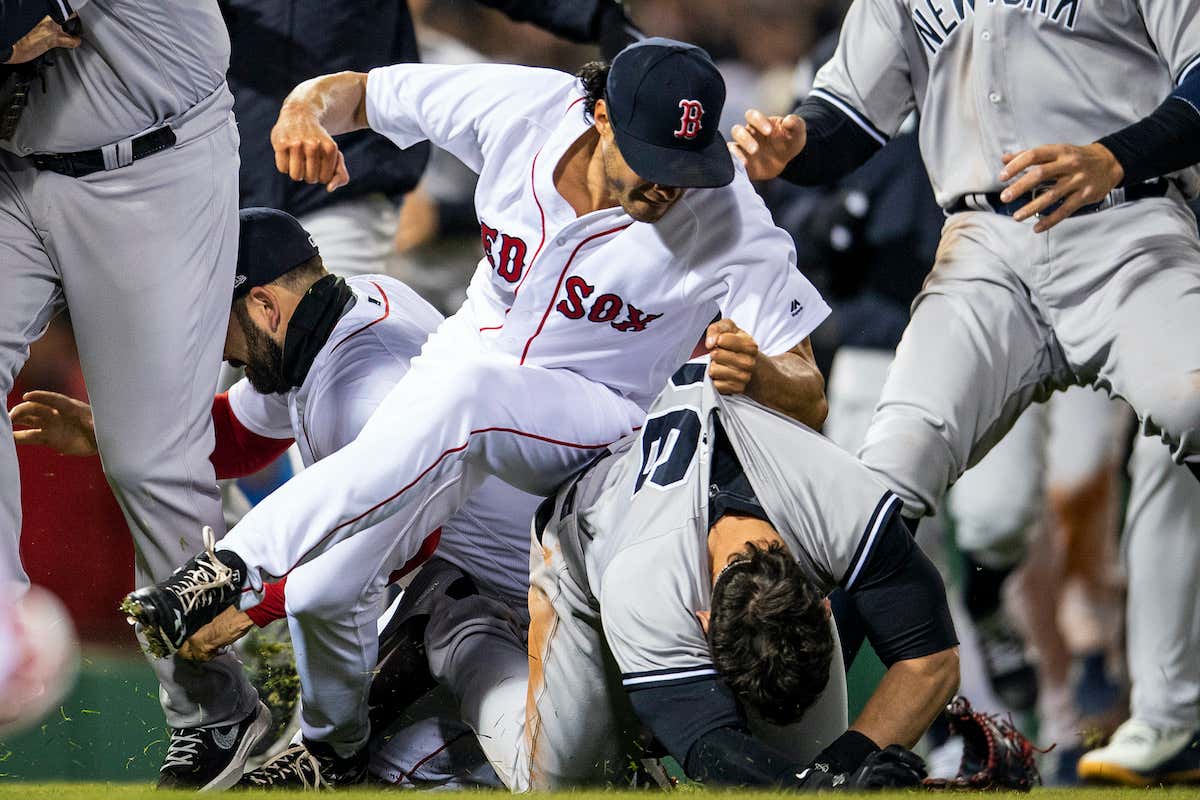 Two years later, and there are still hard feelings over this one. Oh well.

In a year full of great memories, this was one of the first. Tyler Austin slid into second base and spiked Brock Holt, one of the most if not the most popular guy on the Red Sox. That didn't sit well with Holt at the time, nor did it sit well with any of his teammates. Later in the game, Joe Kelly took it upon himself to exact revenge on Austin, lighting him up with 98 in the ribs. Austin huffs and puffs, while Kelly doesn't back down, inviting him out to the mound to throw hands and off we go.

I will say this -- shout out to Aaron Judge and Giancarlo Stanton for not murdering anybody, because they easily could have. The Yankees are fucking huge and the Red Sox simply were not. The average height of a Red Sox outfielder had to be 5'9" at the time, and then you've got the Monstars running out to defend Austin. Regardless of who "won" the fight, the lasting image will be Kelly on top of Austin covering up, while Kelly had his left hand full of Austin's jersey and his right hand cocked, ready to decapitate him.

In a long rivalry between these two teams, there have been many brawls. The last two notable brawls between the Red Sox and Yankees have resulted in a World Series title for Boston. That's probably what I enjoy the most about them.