Before digital tickets, invisible enemies, and the Harry Potter series was wrapped up; I used to keep tickets from every live event. I'd toss the ticket in a plastic art box, and forget about the contents. While cleaning up my workspace, I dug up the plastic time capsule and found an assortment of THE most random movie tickets from the last decade. I've decided to rank the movies accordingly from worst to best  .... 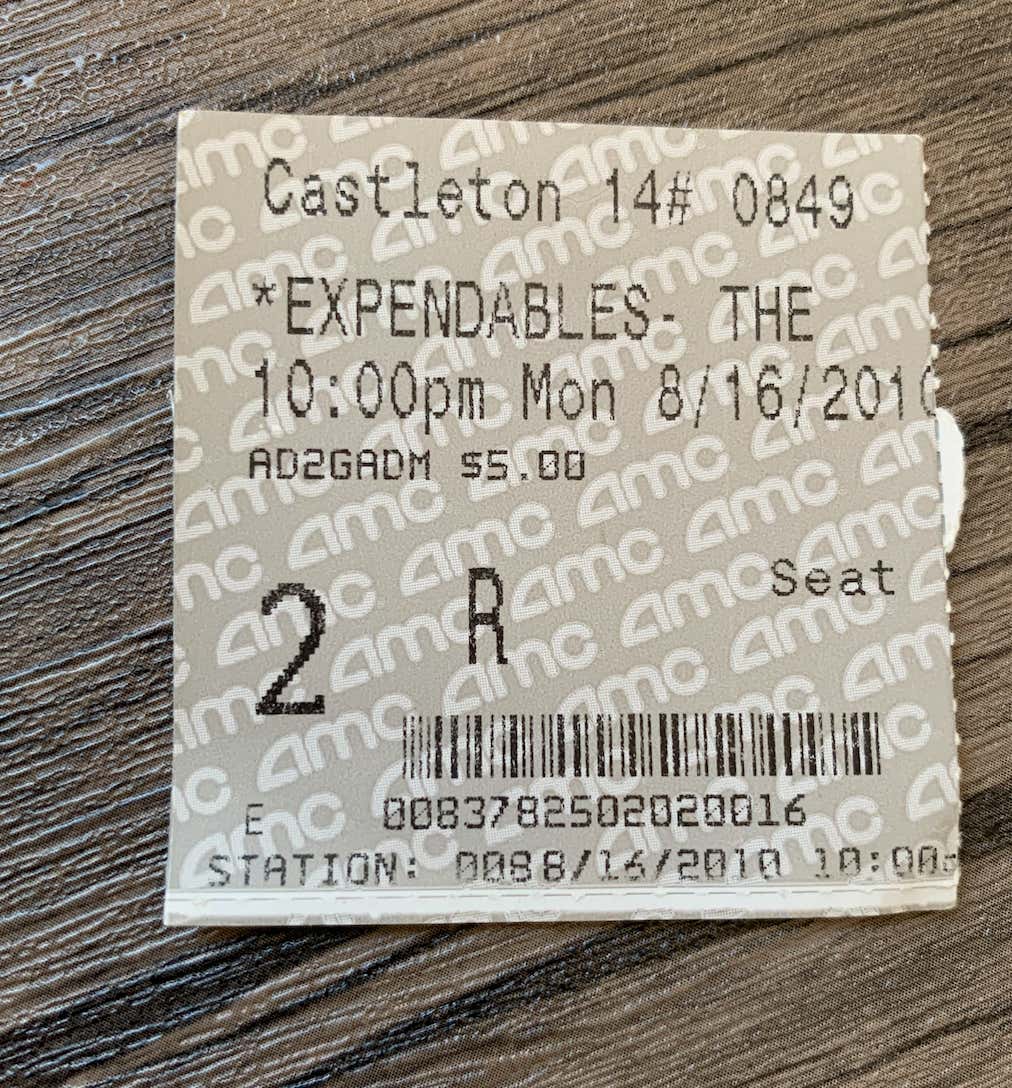 18. The Lorax (2012) Short and hairy Danny Devito is better in person than animated. 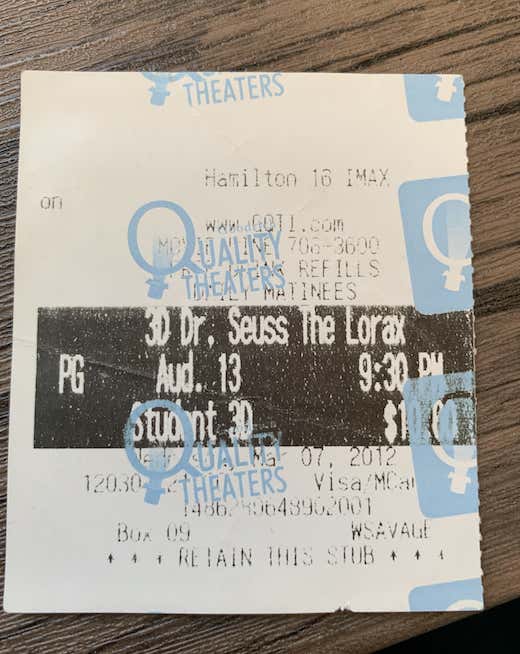 17. 30 Min or Less (2011): With the cast of Danny McBride, Jesse Eisenburg, Aziz Ansari, and Nick Swardson I'm not sure how I don't remember ANYTHING about this movie. Will revisit this pick. 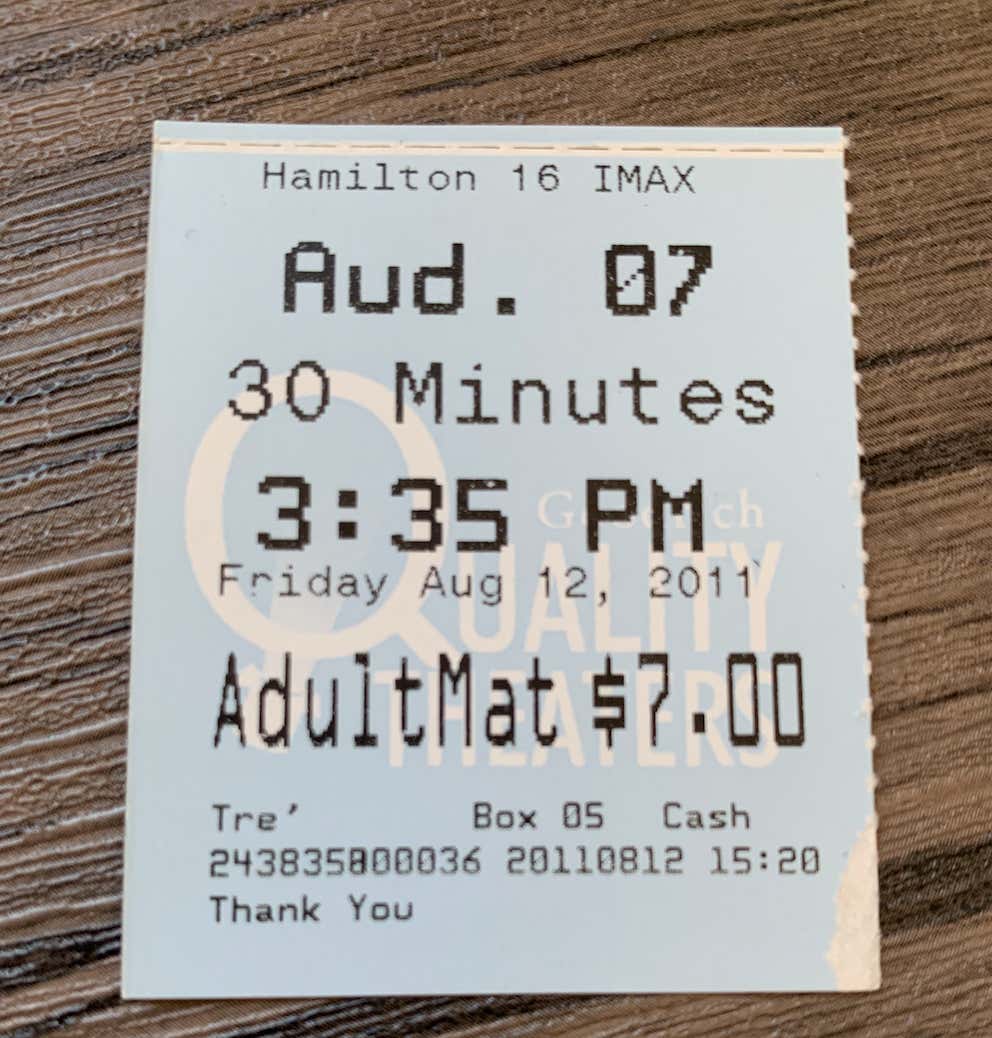 16. Sherlock Holmes (2013) nothing like a Christmas day movie the whole family can agree on. 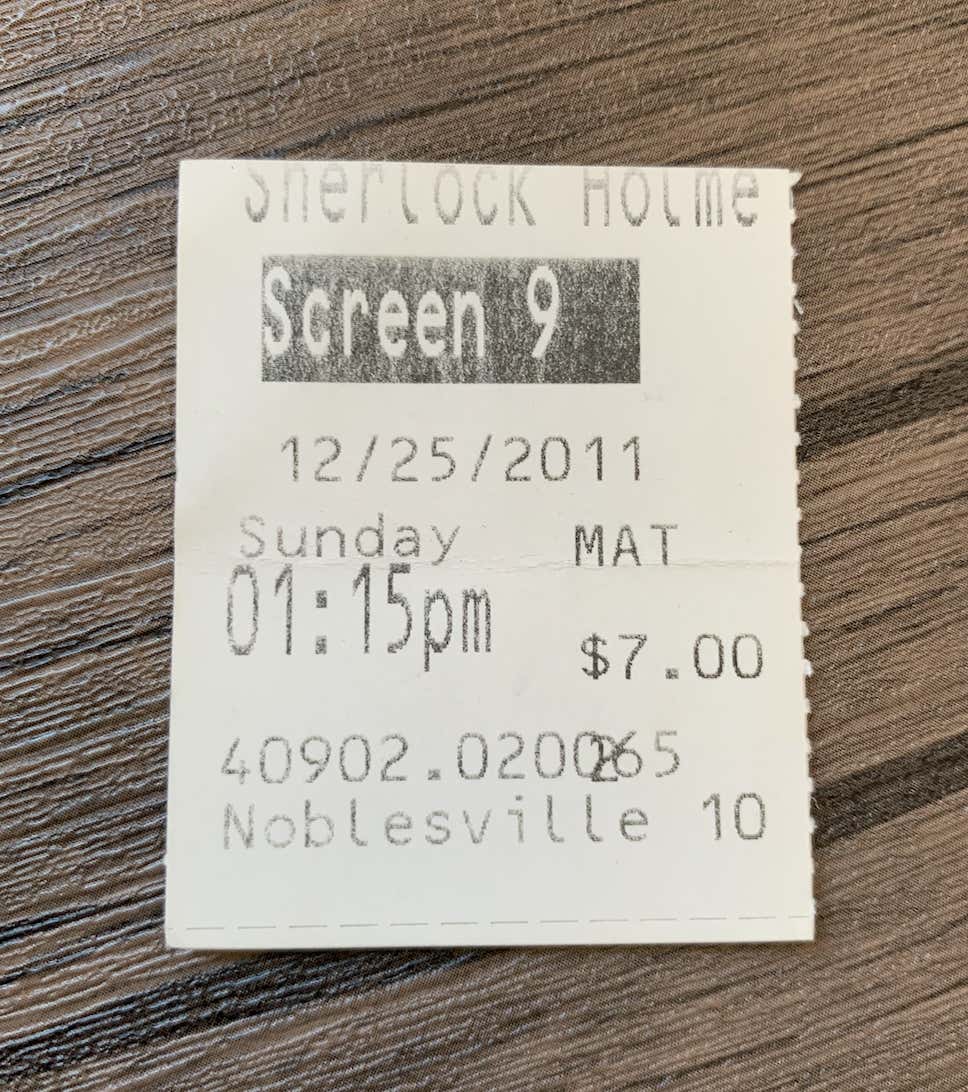 15. Split (2011) The Shyamalan "twist" at the end credits made the movie worth watching, but could have been so much better. Never saw the sequel and I pray I'll never be in a spot where that's an option. 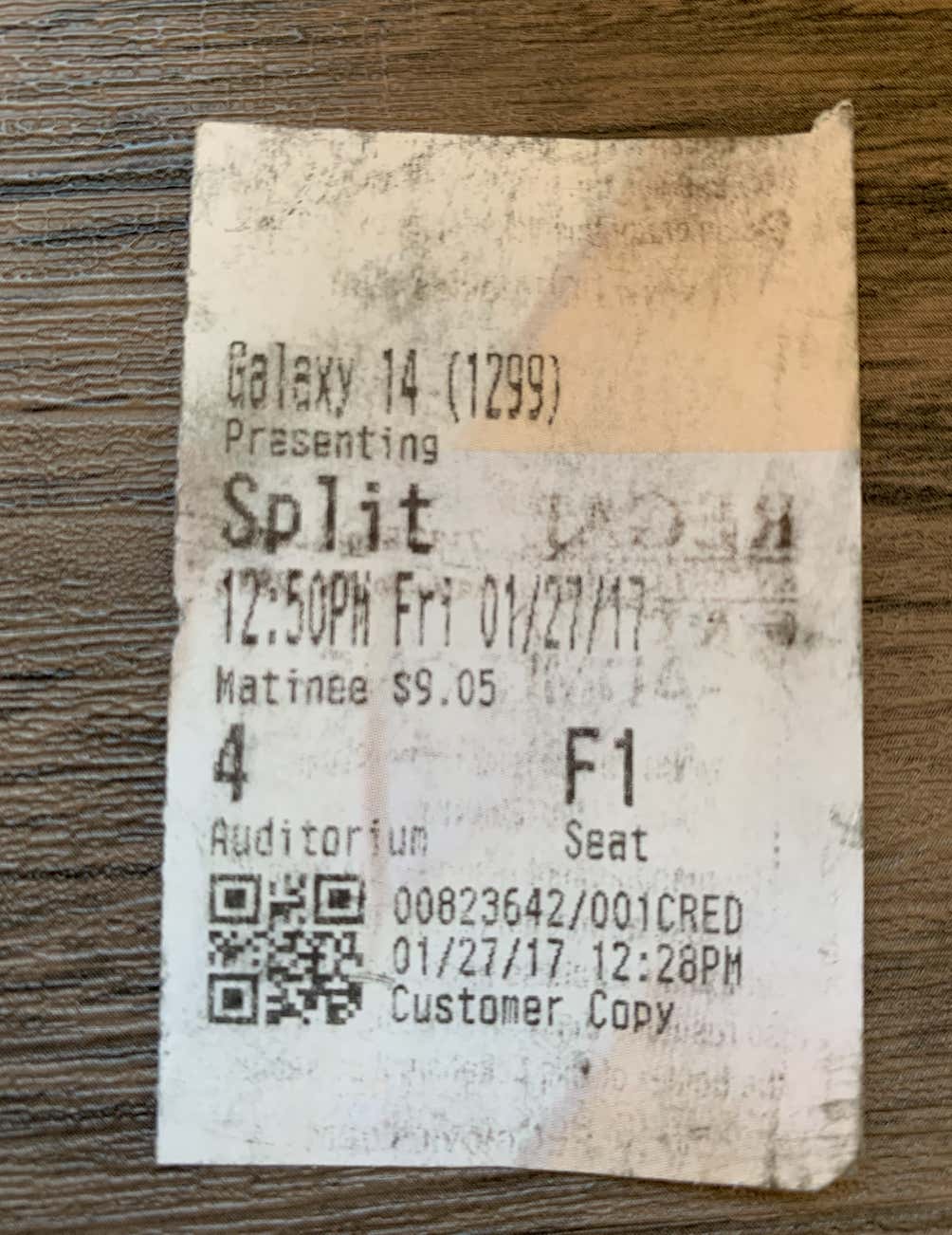 14. Star Wars: The Last Jedi (2017) This movie went under fire for the scene where Princess Leia floats trough space and back into the safety of her ship, but BY FAR the weirdest most unnecessary scene (maybe in movie history) is Luke sucking down some green alien milk straight from the thing's tiddy. 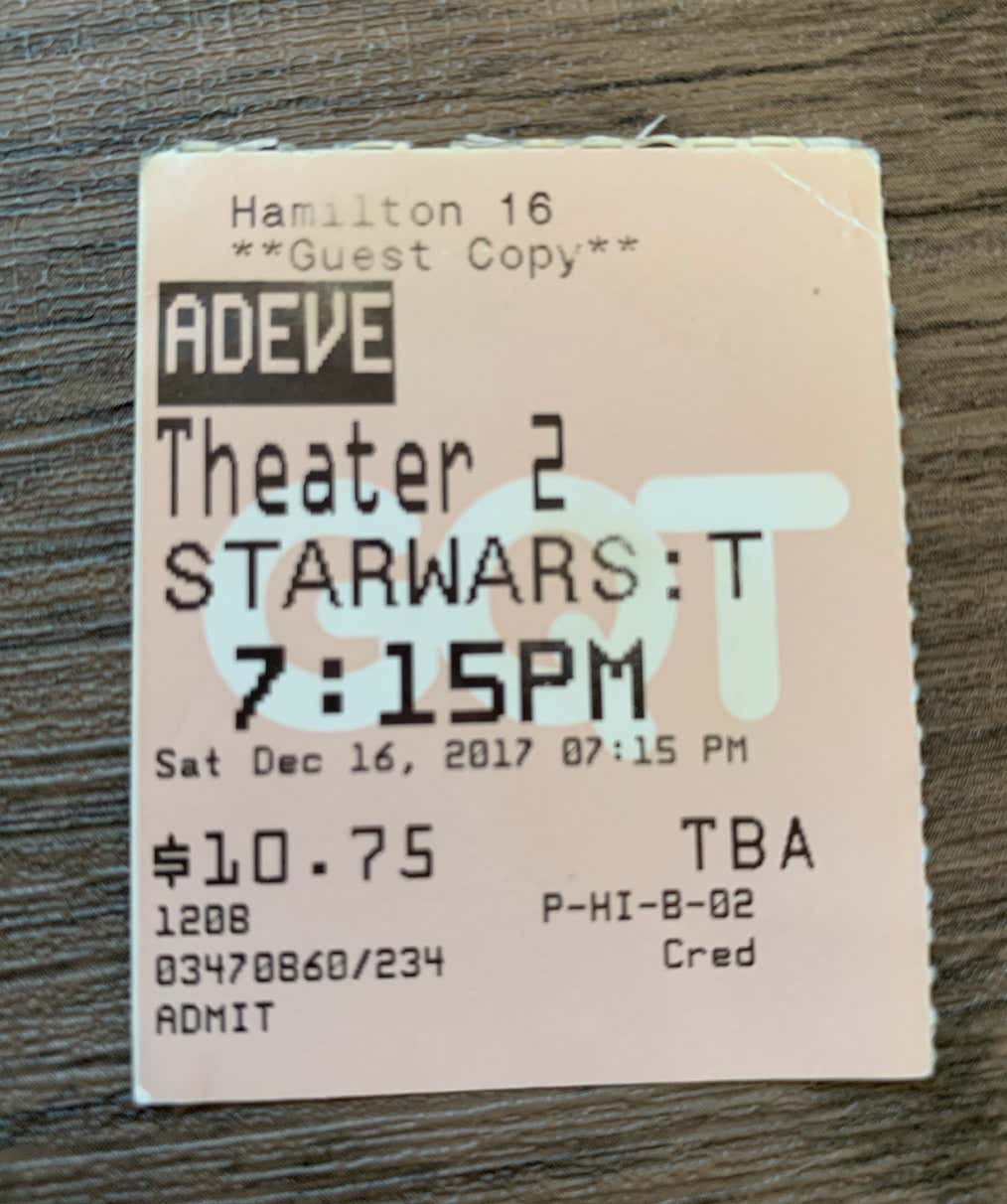 13. X-Men: Days of Future Past (2014)  Few things get me from 6 to midnight as quickly cold hard steel - make that steel retract from someone's muscle and bone. Mmmhm. I'm all in. BUT, Wolverine had bone claws for most of it and that was lame. 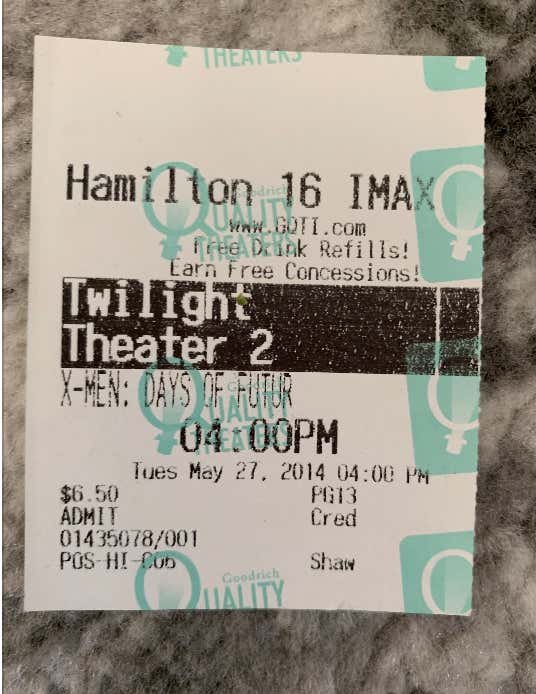 12.  Harry Potter and The Deathly Hallows Part 1 (2010) I'm ashamed to admit I lost interest in the Harry Potter series around book 4-5. I can't keep reading forever. Lord of The Rings had it right ... three books/ 3 movies. WRAP IT UP. 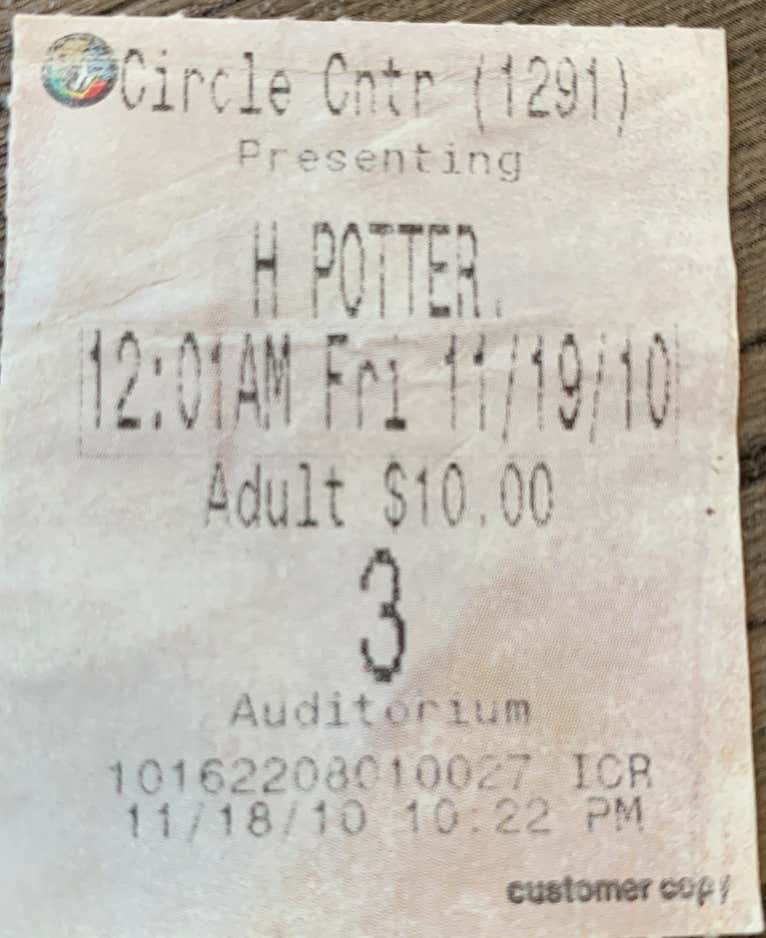 11. Star Wars: Rouge One (2016) Different story in the Star Wars universe, can't hate. I liked the part where everyone died at the end. Didn't see Disney doing that. 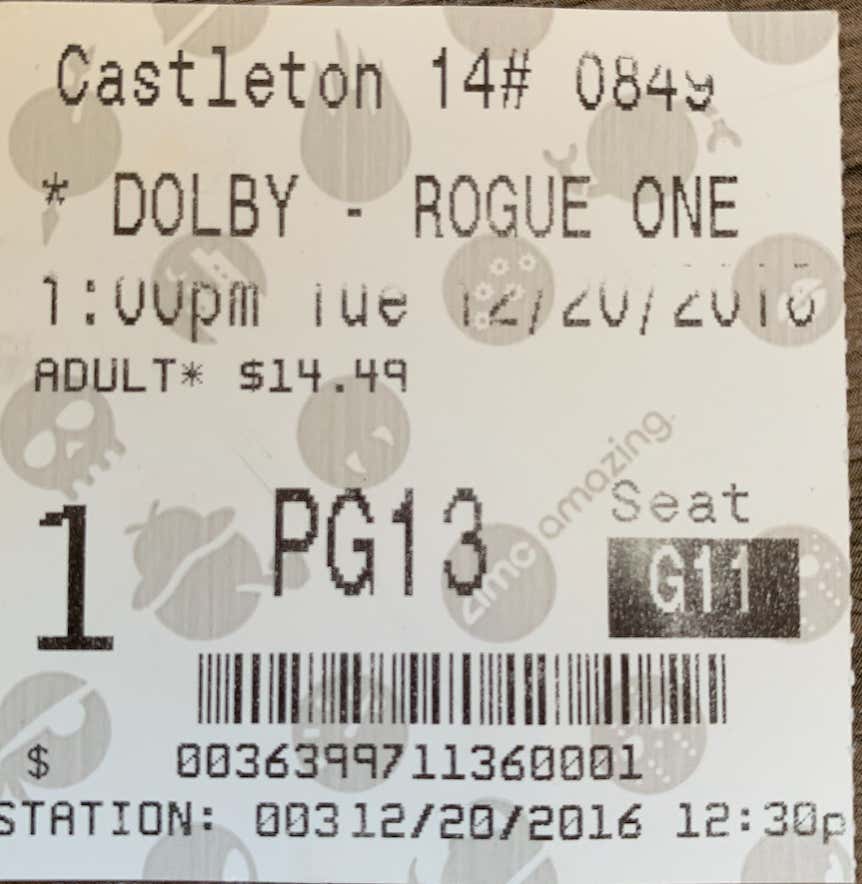 10. Cowboys and Aliens (2011): With such a shitty title I figured this movie would be an absolute turd like Amare Cooper. Maybe that's why I put it so high up on the list. 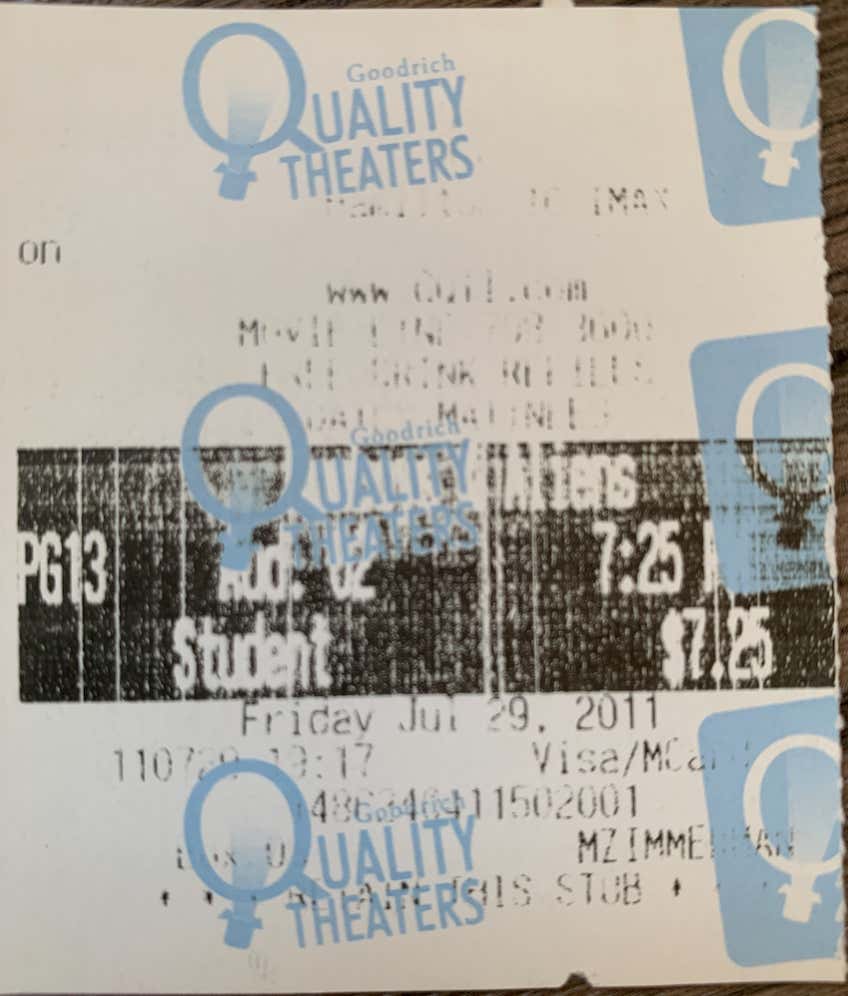 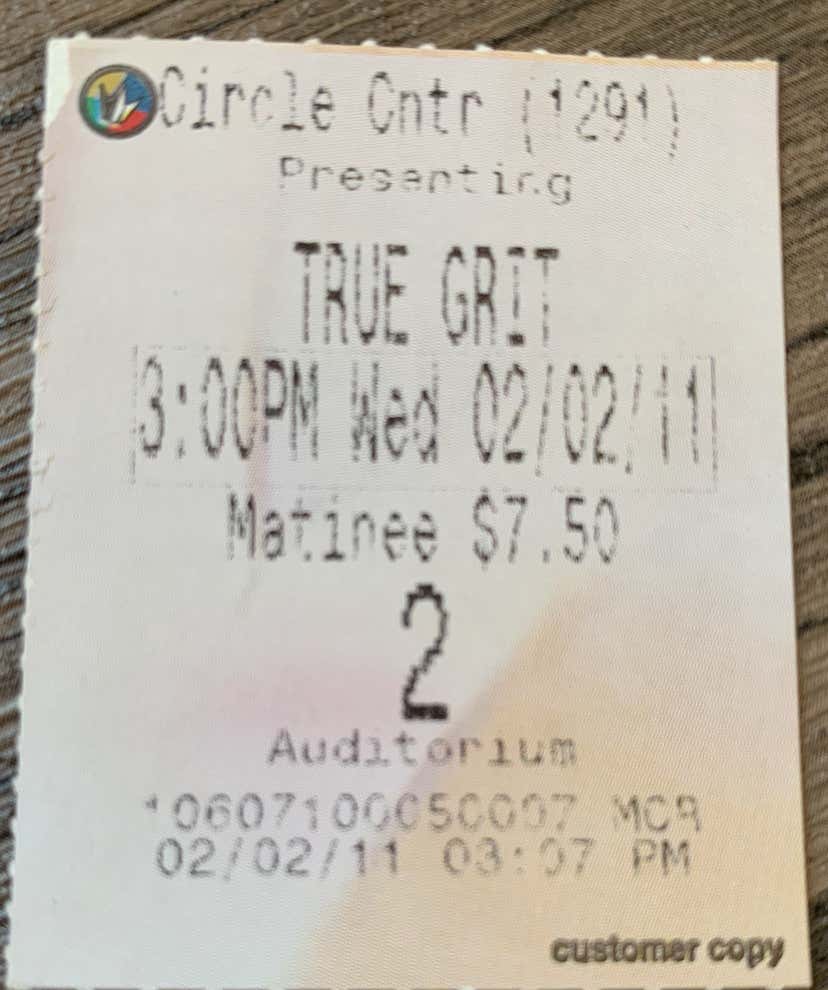 8. Arrival - Bit of a mind fuck and Amy Adams is great 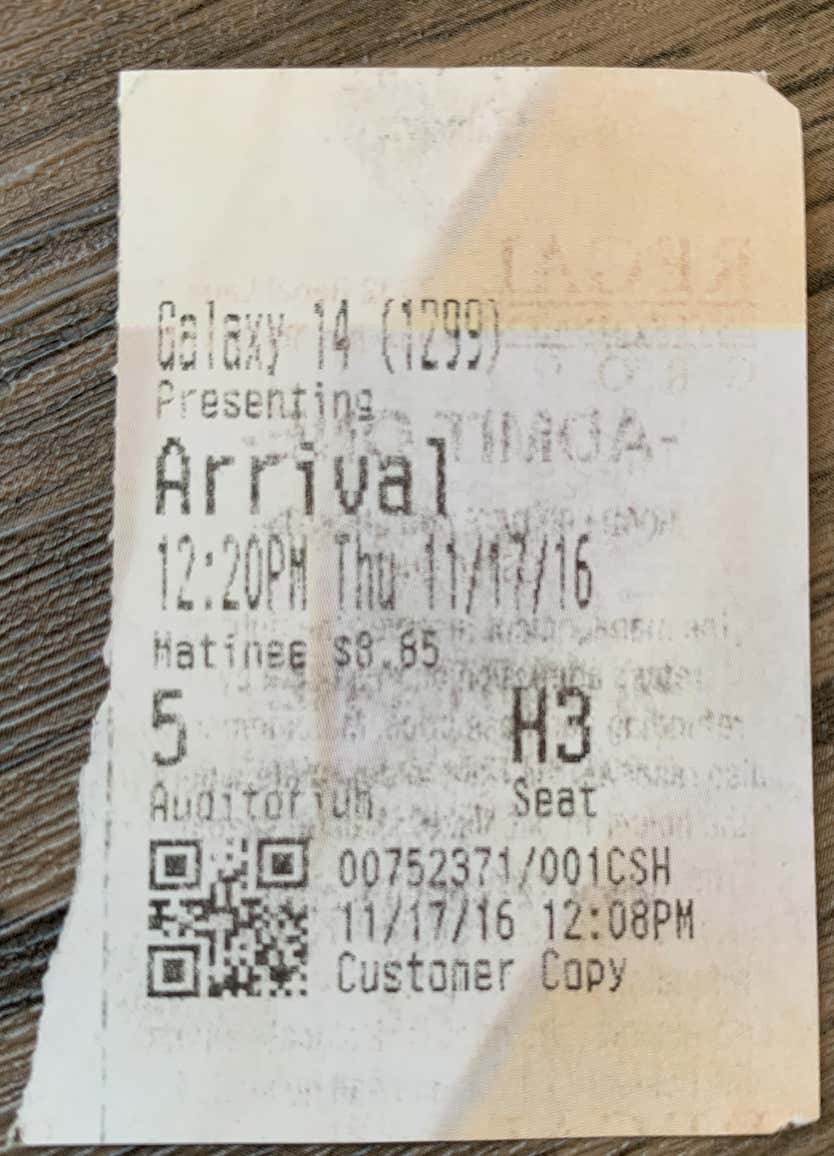 7. American Sniper - I hope the troops will forgive me for this not being higher, but I walked away from this one feeling depressed. I guess that's the point. The fake baby scene didn't bother me. The baby didn't have any lines. So What. 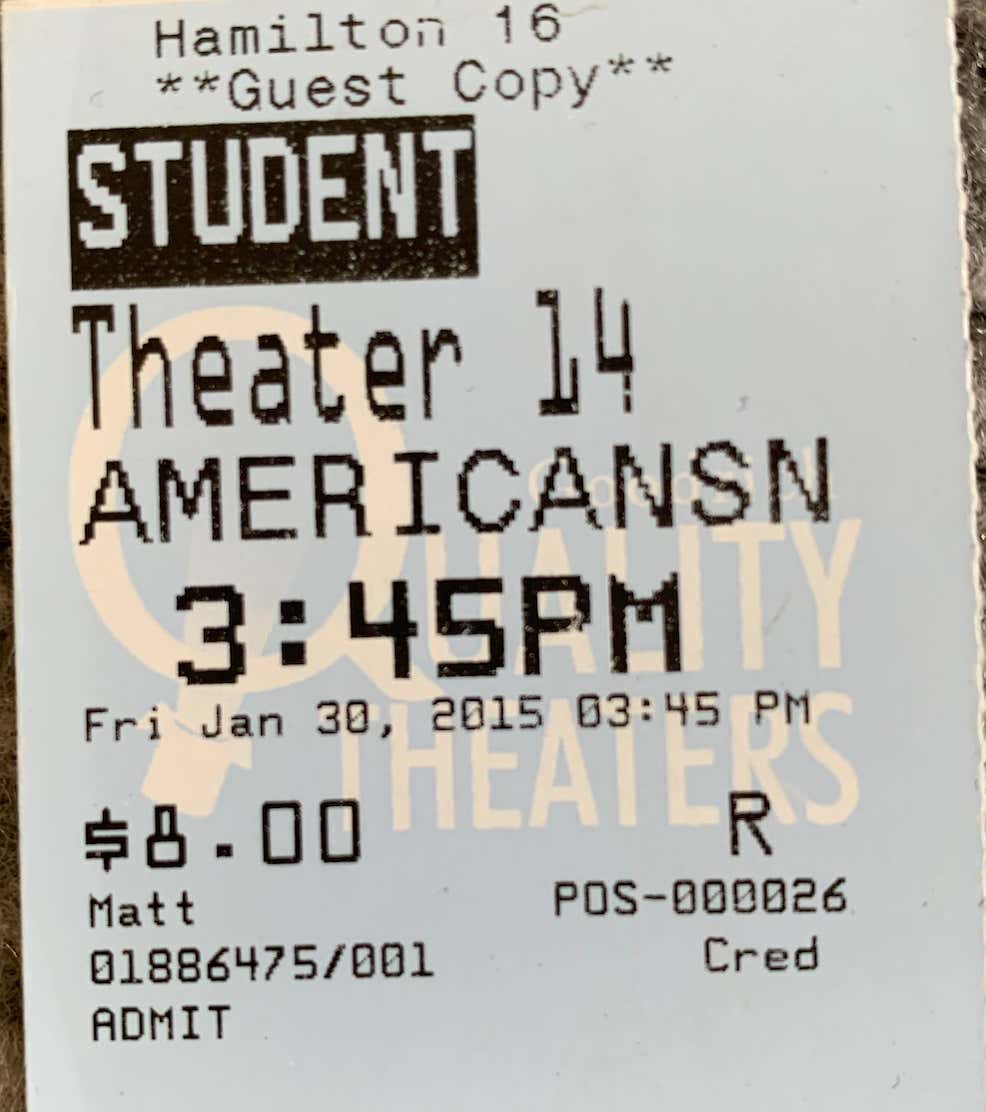 6. Mad Max: Fury Road (2015) People LOVED this way more than I did, but I still enjoyed it. Non-stop action. Charlize Theron scares me. If Charlize was an animal she would be the type that eats your head after sex and lays eggs in your neck hole. 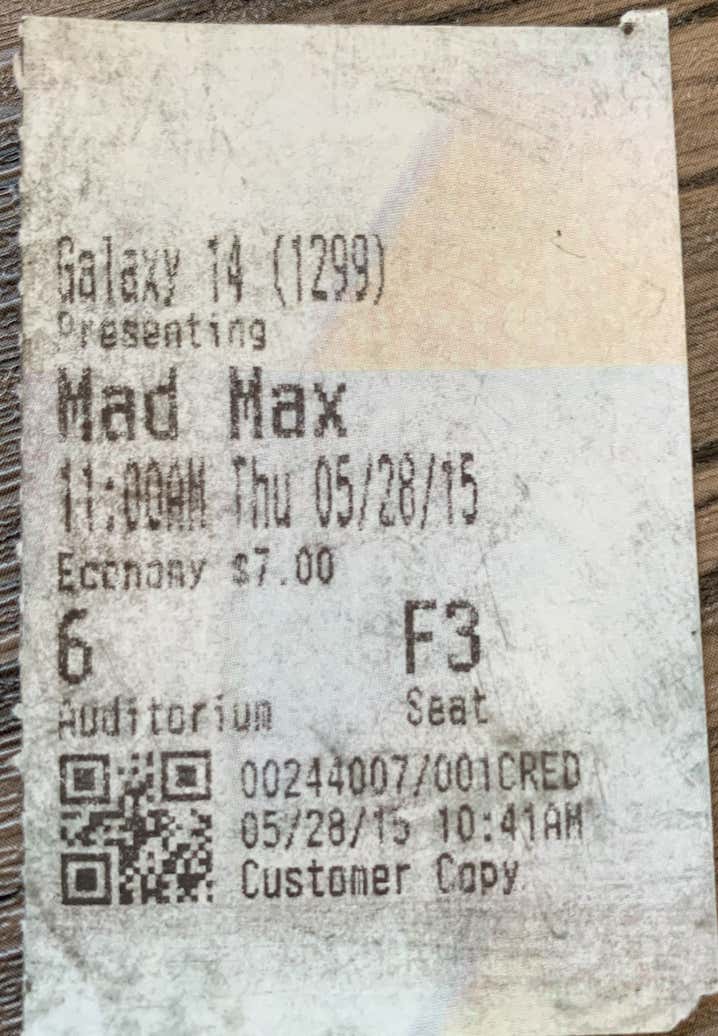 5. Baby Driver (2017) I feel like this movie would have done better if Kevin Spacey didn't get canceled during its release. Great soundtrack and incredible cast with the Hamaconda and Jamie Foxx. 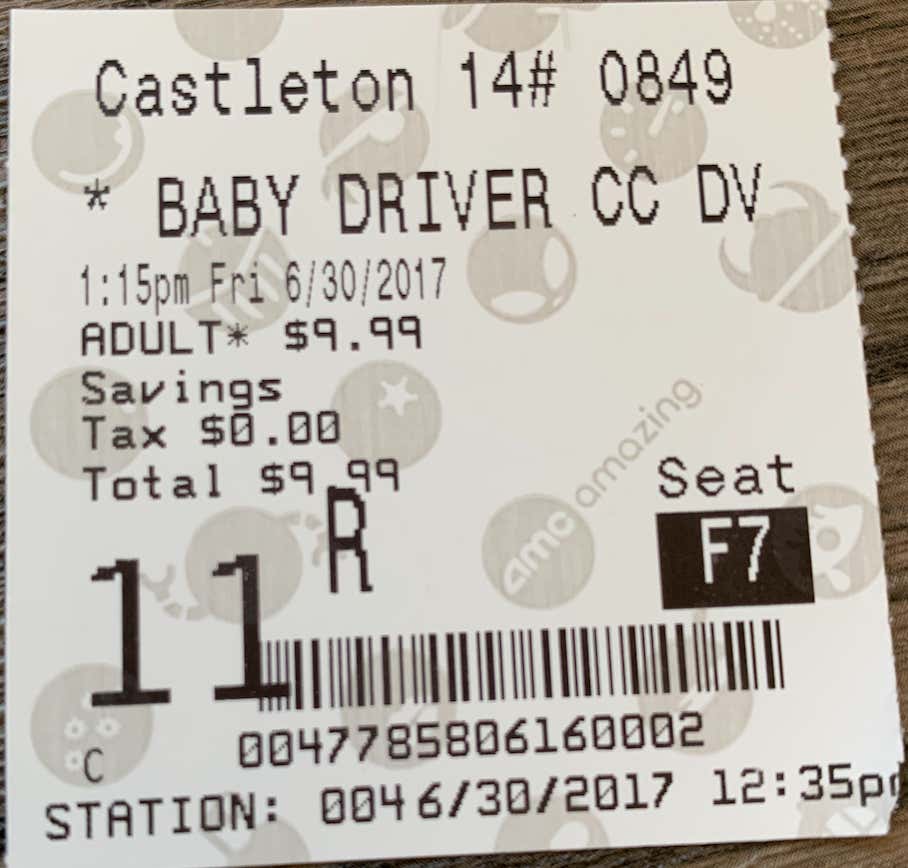 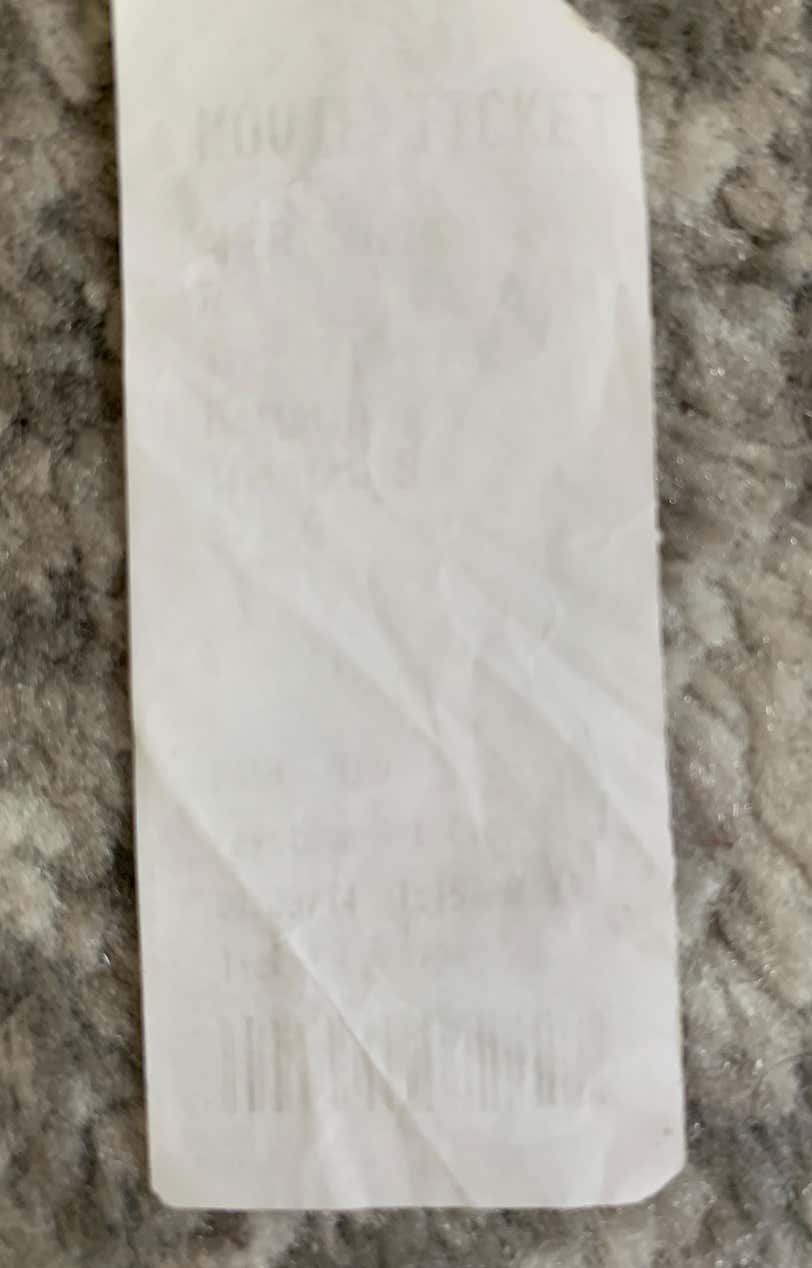 3. Place Beyond The Pines (2013) There is a scene where the camera zooms in on Bradley Cooper's eyes, and I gasped alone in an empty theater on a rainy April afternoon. 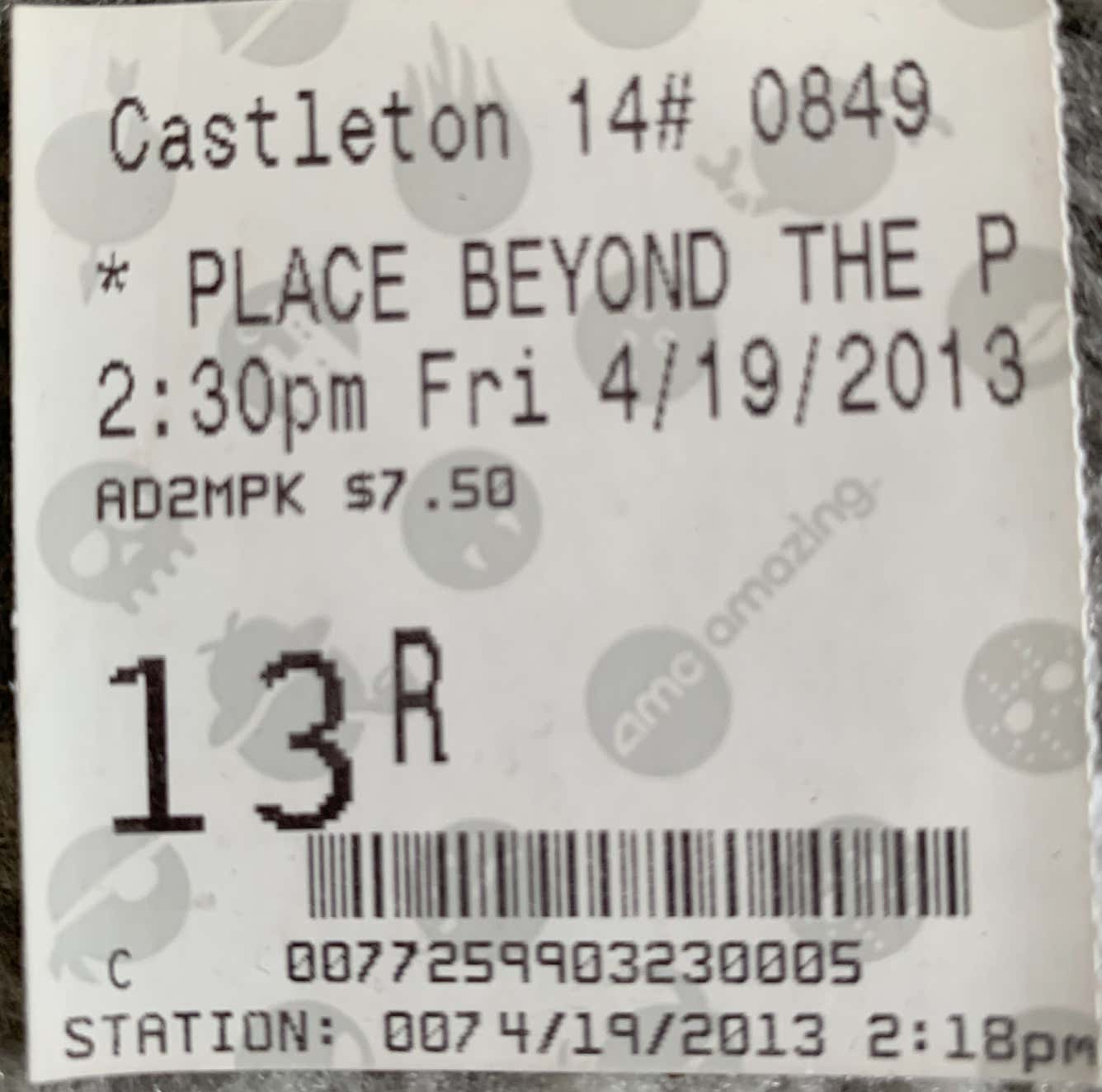 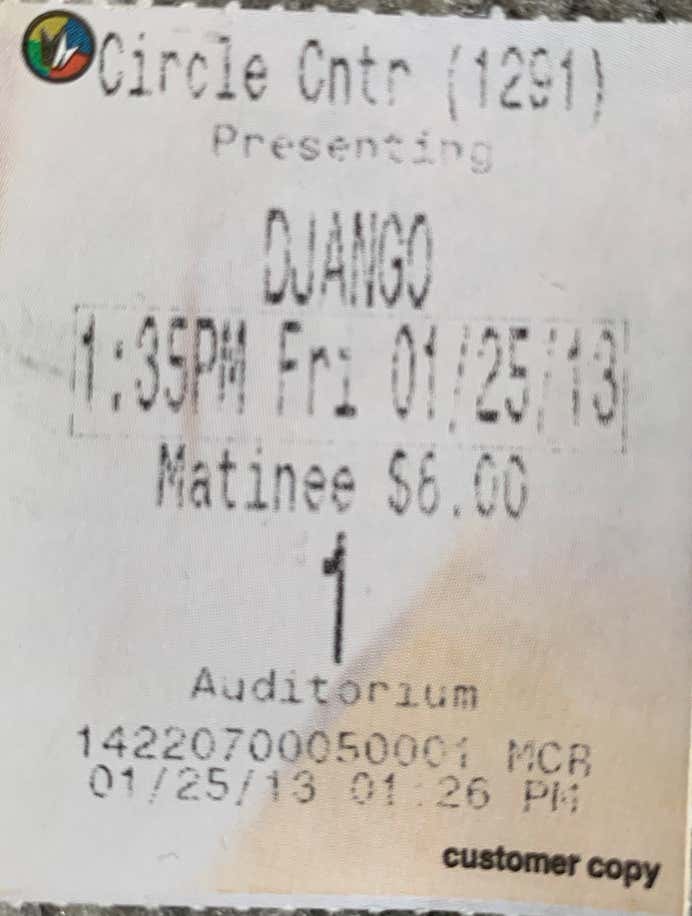 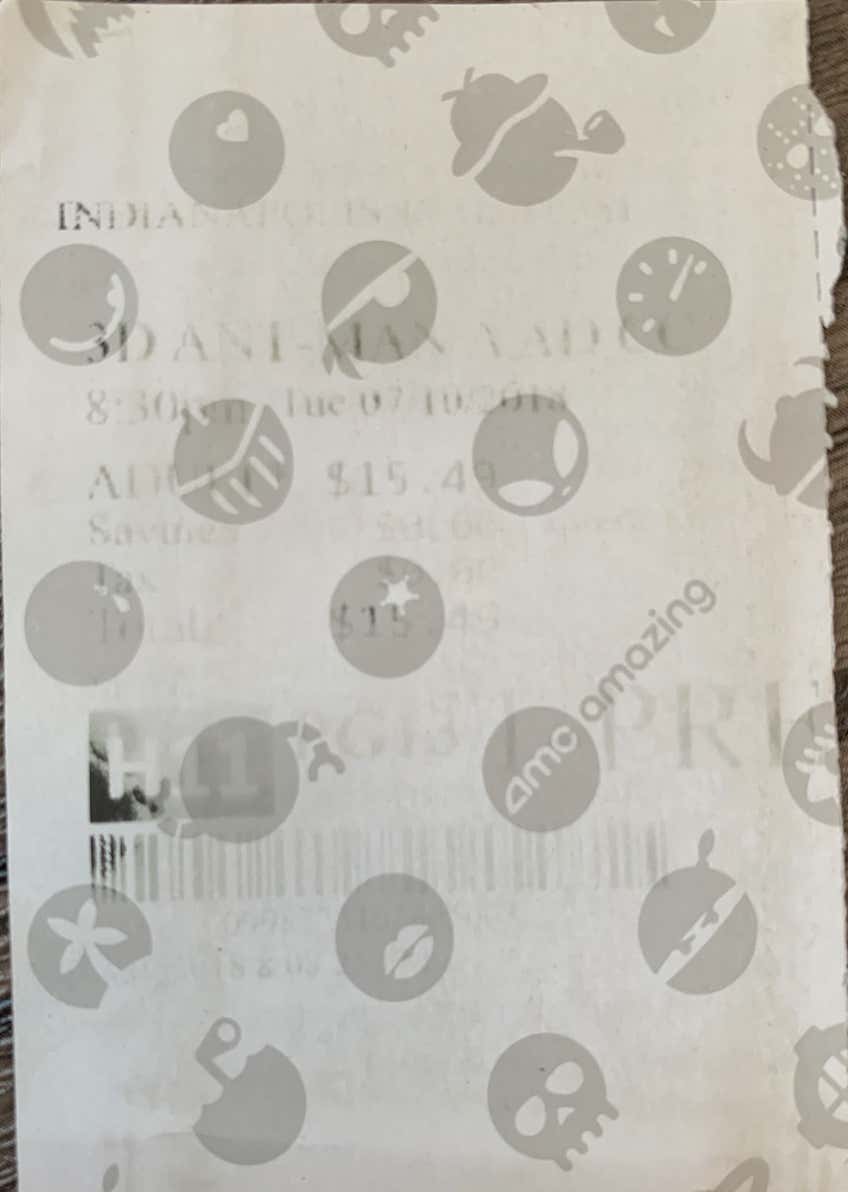