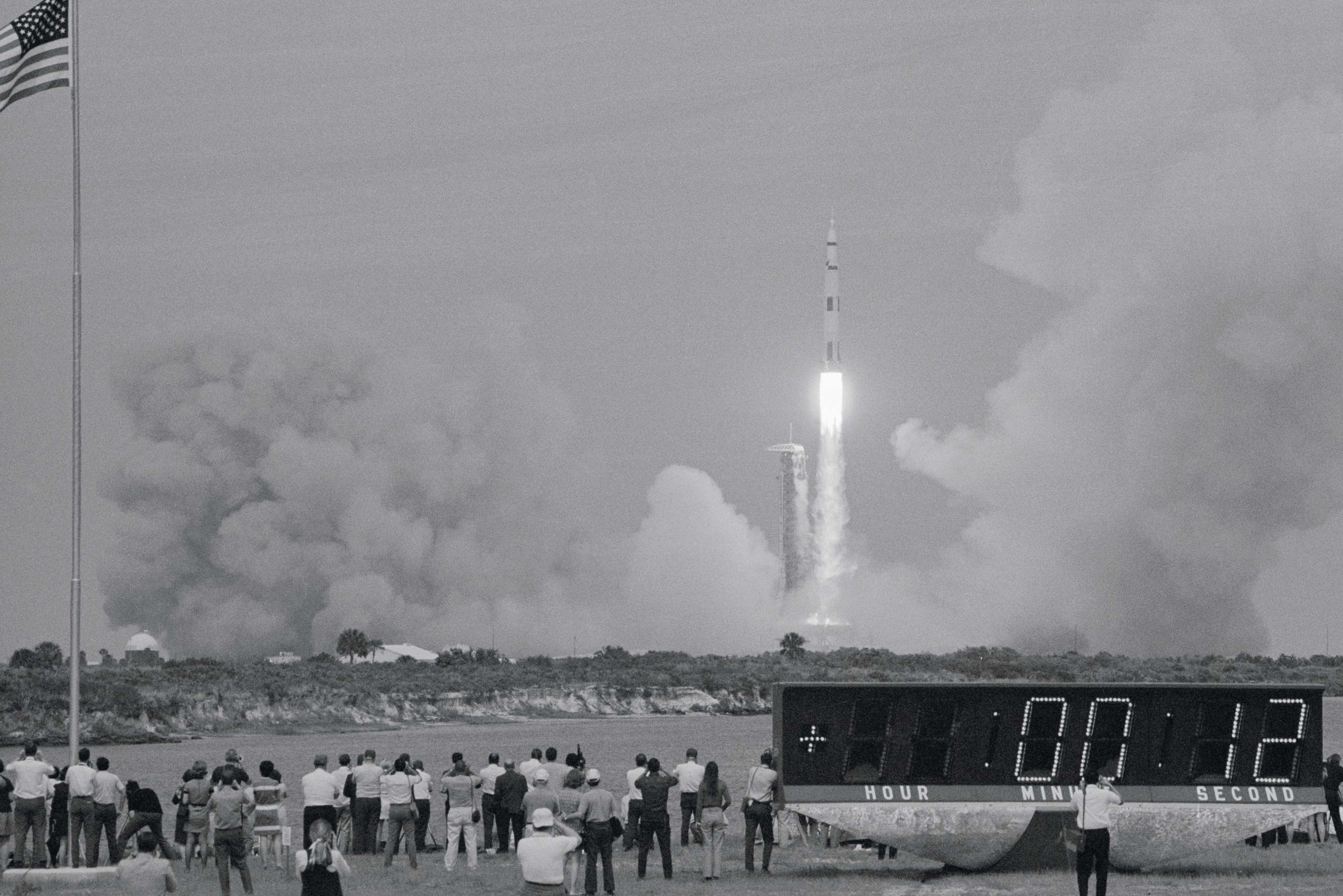 (The scene from the press sight, as the Saturn V rocket lifts the Apollo 13 spacecraft from the pad on April 11th, 1970)

Apollo 11 and 12 had both successfully landed on the Moon prior to Apollo 13, and the American public's interest in the mission was at a low point. That all changed just two days into the mission, as a routine stir of the oxygen tanks caused an explosion.

Ninety-five seconds after pilot Jack Swigert activated those switches, the astronauts heard a "pretty large bang", accompanied by fluctuations in electrical power and the firing of the attitude control thrusters.

The SM (service module) began venting precious oxygen into space, threatening the lives of the crew. The ultimate goal of landing on the moon had to be aborted, and instead they looped around the moon and returned to Earth April 17, 1970.

(NASA Control Room During the Return of Apollo 13)

The crew of Apollo 13 faced incredible odds, as they were short on power, drinking water, and heat in the cabin. It is often cited that an iPhone 6's clock is 32,600 times faster than the Apollo era computers, and could perform instructions 120,000,000 times faster.

They also had a major problem emerge after the explosion, where not enough carbon dioxide was being removed from the useable oxygen inside the LM (Lunar Module) now housing the entire crew. Back on Earth, the team supporting the crew worked tirelessly to create a makeshift filter using only the materials the crew had on-board.

Their ordeal was depicted in a 1995 movie starring Tom Hanks

It was later found that Teflon material had been placed inside the oxygen tank that had exploded. It had not been tested properly prior to launch. This combustable material was removed for Apollo 14. 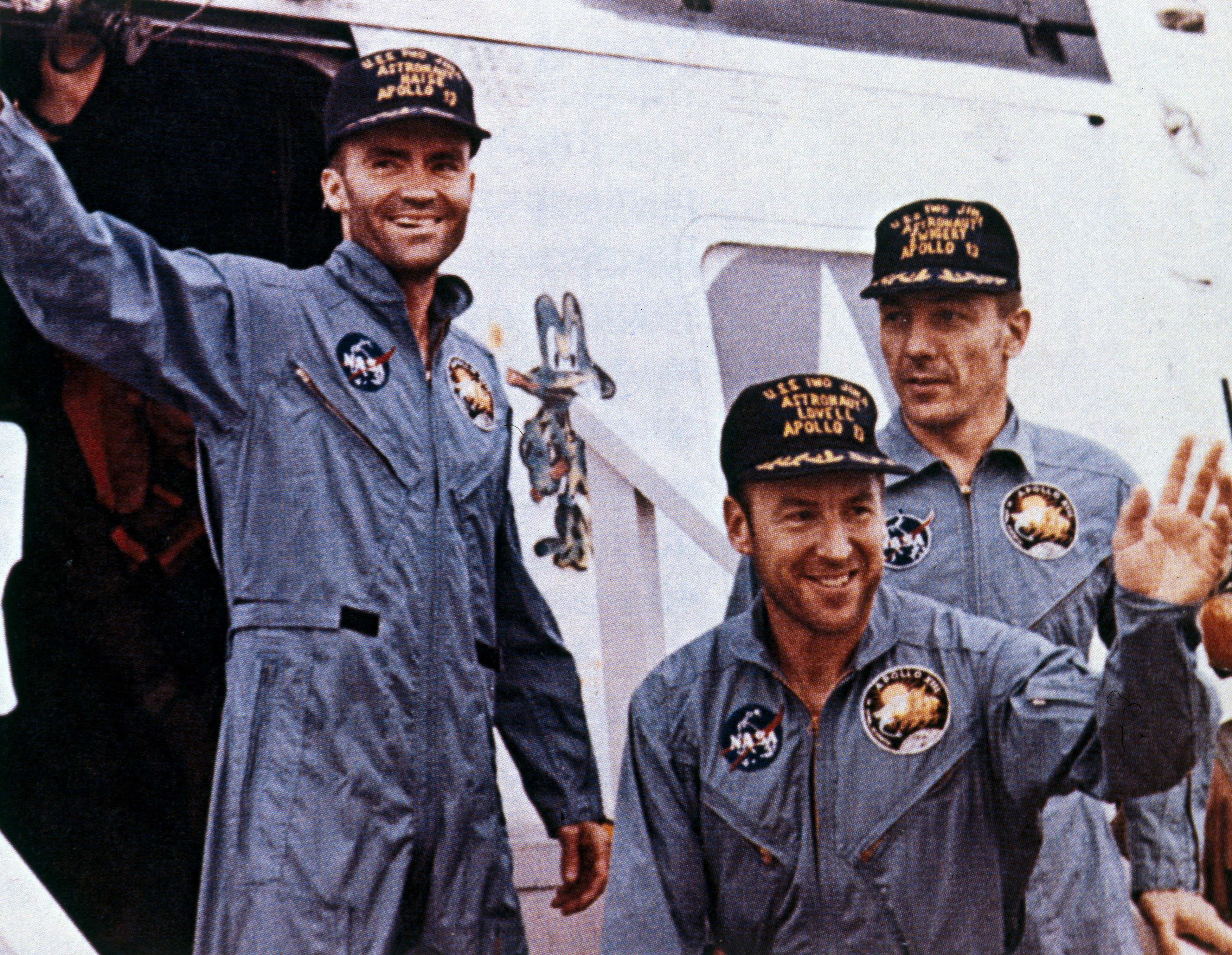 Check out Twisted History Podcast with Large and Vibbs