BIG one tonight. Huge. Iconic programs. Under the lights. Prime time. A shot at a National Championship on the line. More than that. It is a shot to right a wrong. Let's go back to 2014

Absolutely FUCKED by homecooking. Offensive pass interference on the road on 4th and goal. ROBBED. Who knows what would've happened if the official leaves the flag in his pocket on that play. Who knows? I know. Notre Dame rides that momentum wave, finishes undefeated like they were supposed to. They beat Oregon in the playoff because Oregon is soft and then face that scumbag Urban Meyer in the National Championship.

Now we have shot at redemption. This is a world where a digital Everett Golson is a three year starter because digital Everett never needed to cheat on that test to stay eligible. This is the Notre Dame team that was young and hungry and ready for a title run. And now we are supposed to be scared of Coach Dugs? That sweaty fuck just dying in the Tallahassee heat and humidity. The guy who looks like Mark Mangino ate Scott Van Pelt? Oh he's got his first 15 plays scripted?

Oh let me guess what that is going to look like…15 straight passes? 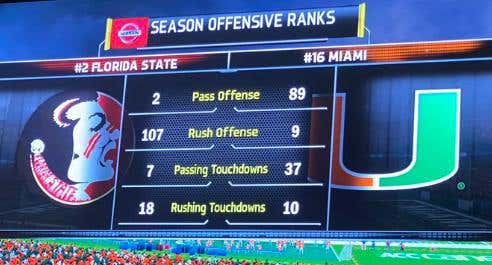 15 straight passes with small handed, half blind, full dumb quarterback with Keivarae Russell, Jaylon Smith with all of his ligaments, Matthias Farley, and a 5star sophomore Max Redfield at safety who is probably a stud because the game never figured out that he sucked. Coach Dugs is in BIG trouble tonight. An OC who isn't a cultural fit in the south and his star player is about to leave. His entire career and reputation is on the line tonight and he's done way too much talking on social media if you ask me. Irish win going away.

Hey Big Cat, put it on Heisman level, you won't.