It all started, as Twitter beefs so rarely do, with the Falcons official account Tweeting out about their new uniforms. And one man, who just so happens to have been the bane of their existence for the better part of the last 15 years, decided to stand with the 1% of Americans who didn't compare the new unis to the XFL, the Mean Machine, or crack wise about certain blown leads. As a matter of fact, Sean Payton took the dreaded and traffic-free high road.

Apparently, the thought of a divisional rival saying something nice about your team's universally despised new look - which we can all agree is the football uniform equivalent of the non-butthole version of "Cats" - is triggering to some people. And so one Falcon fan, who definitely can't take a compliment, emptied his/her clip and threw the empty gun.

But like they say, if you come after the king, you best not miss. It took me a while to figure out what Payton was getting at with his cryptic, almost Haiku-like response. 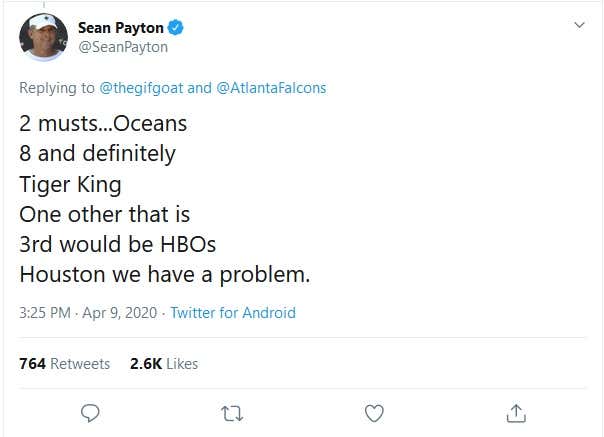 I just assumed it didn't mean nothing. It had to be more than a weirdly formatted reply, which reads less like a Netflix recommendation and more like the text you forgot you sent when you were black out drunk. I didn't get it. Until I got it. 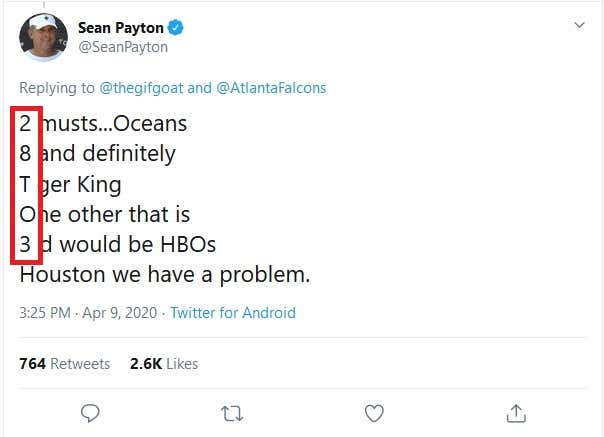 What a masterstroke. And where was the 23 to 3 game played? You got it. 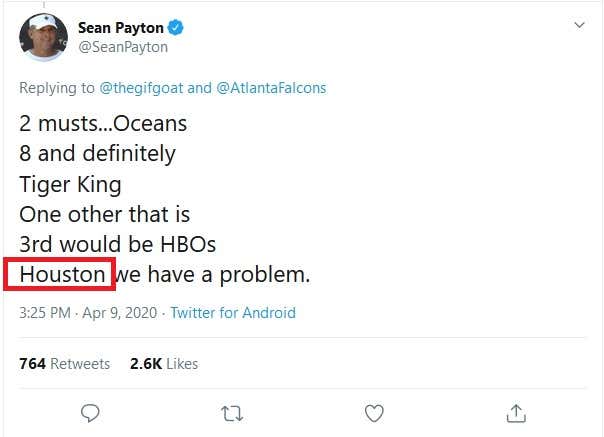 It's like a puzzle box you have to solve, and once you do it unlocks the insult hidden inside. And it not on speaks to Payton's own 7th-level Shaolin Troll Master skills, it drives home the point that the Falcons and their fans will never, ever be able to win an argument again. They're forever the kid who crapped his pants in school and nothing he ever did before then or does or says going forward will ever matter again. A Falcons fan could carry all the puppies out of a burning rescue shelter or win the Nobel Prize for curing coronavirus and a 23-3 reference is forever hanging over their head like an insult Sword of Damoclese, just waiting for someone to cut the string and let it fall.

Goddamn, Sean Payton. I've obviously got the only guy I'd ever want to coach my team coaching my team. But he can drink from my canteen any time.