By now, it’s widely known that art is subjective. But when it comes to art’s helmeted and incestuous cousin — Twitter Comedy — those rules tend to be lost amongst some critics. As the most oppressed form of creative types by a strikingly large margin, we are always being figuratively spat on for making  “inferior” forms of art. Just because all of our tweets aren’t Symphony No. 5 doesn’t mean we aren't composing masterful works. Just because we aren’t telling our jokes in front of a “live audience” doesn’t mean we aren’t real comedians. Yet those are the burdens we face on a daily basis. And this is coming from a man’s perspective. Imagine what it’s like to be a female Twitter comic and what they must go through on a regular basis. Now stop imagining. Because I’m going to show you. 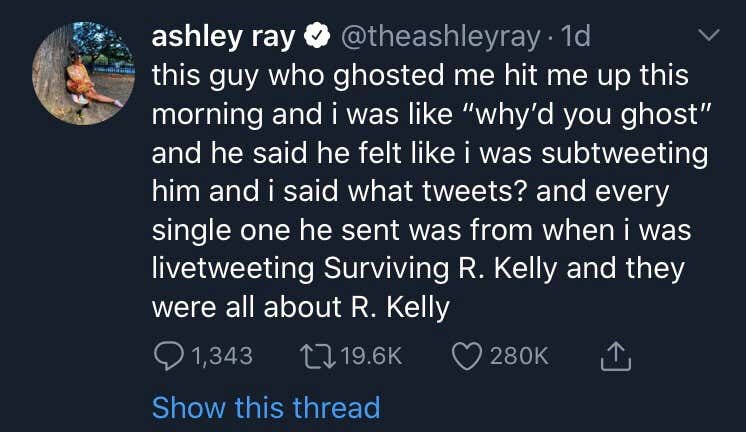 Pretty fucking good, huh? I think it's fair to say that this alone is funnier than anything that's come out of Cohen or Fallon's mouth in the past year. But take a look at the harassment Ashley was still forced to deal with after publishing her piece. 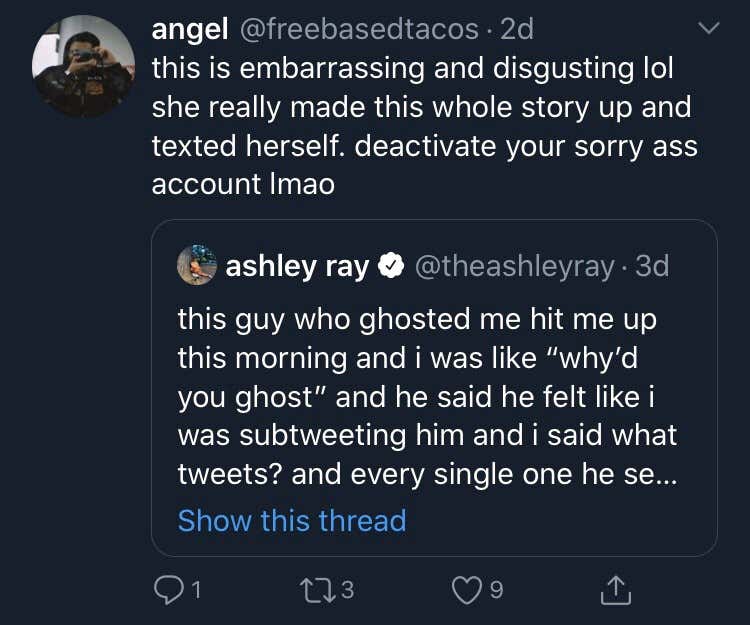 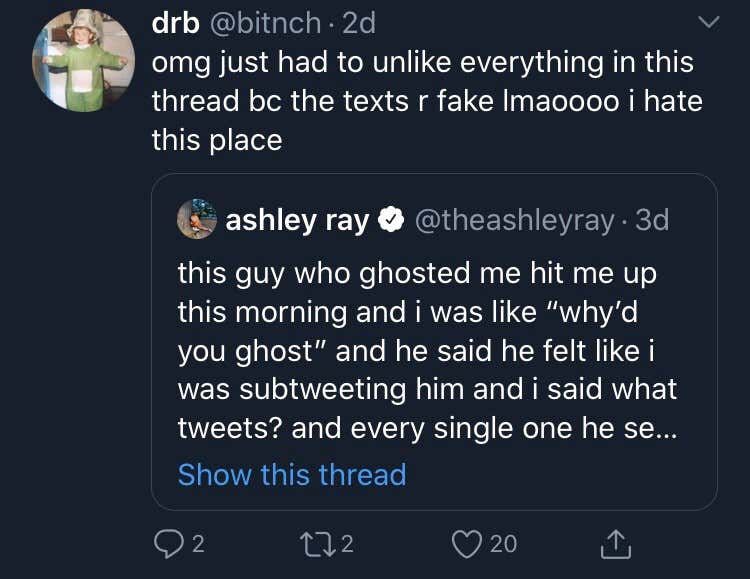 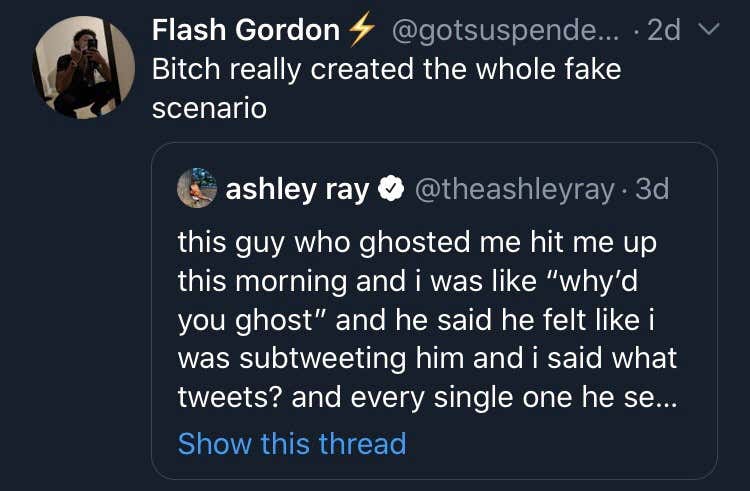 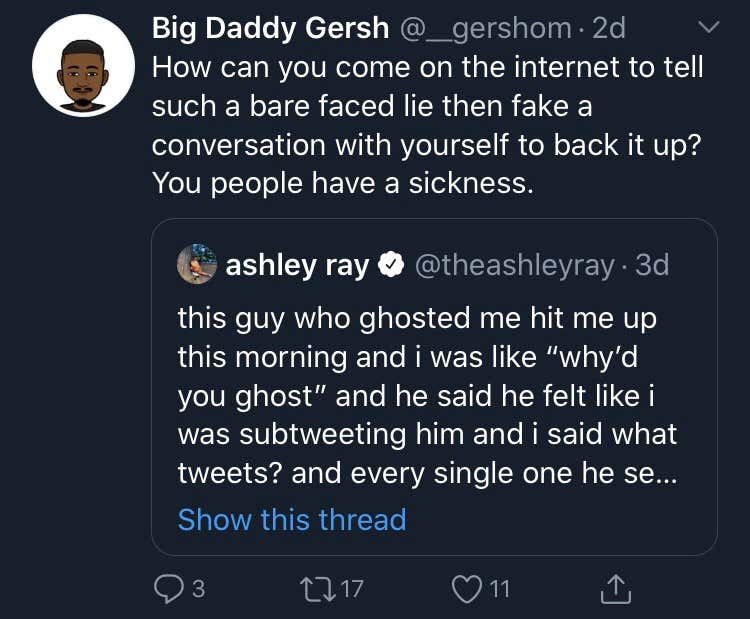 Ummmm, whaat? Leave it to men to have that delusional train of thought. The fact that nothing in Ashley's tweet even remotely happened isn’t important at all. She implemented the art of fabrication to concoct a comedic and cultural masterpiece. Making herself the sought-after hero of her own story, and her fictional former fling the disgustingly horny and villainous antagonist, is nothing short of creative genius. By the first five words I was already rooting for Ashley and feeling contempt toward the vile “guy” who emotionally abused (ghosted) her. And by the climax of the tweet, I was ready to denounce the entire male race and singlehandedly give Ellie Schnitt her merch bonus.

Leave it to a fictional man to confuse the very specific actions of a pedophiliac celebrity rapist with those of himself. Imagine the look on his hypothetical face as he opened Twitter only to find out he was the laughing stock and viral butt of a massive internet joke. He was probably sweating bullets and freshman piss as he desperately attempted to psychologically manipulate Ashley to delete the tweet. Not this time, sucker. 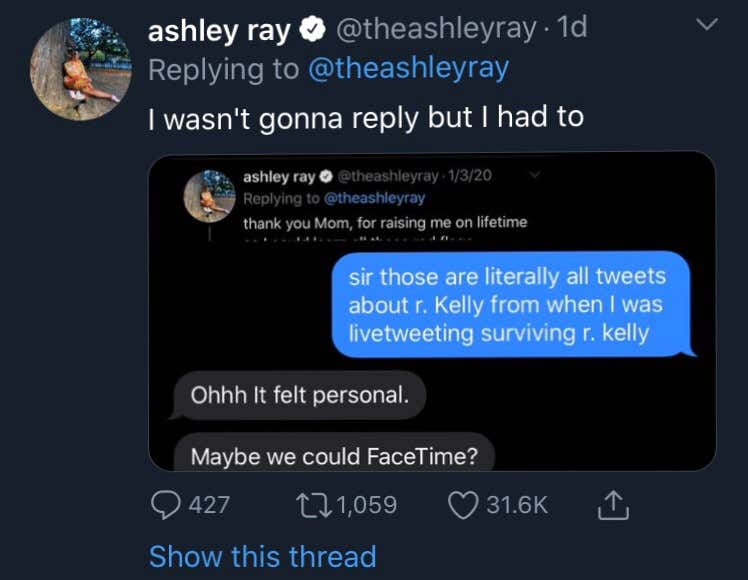 Like all good writers, Ashley provided us with a sequel to her tale — a brilliantly crafted text exchange between her and the infamous "guy." And it still managed to receive negative reviews. 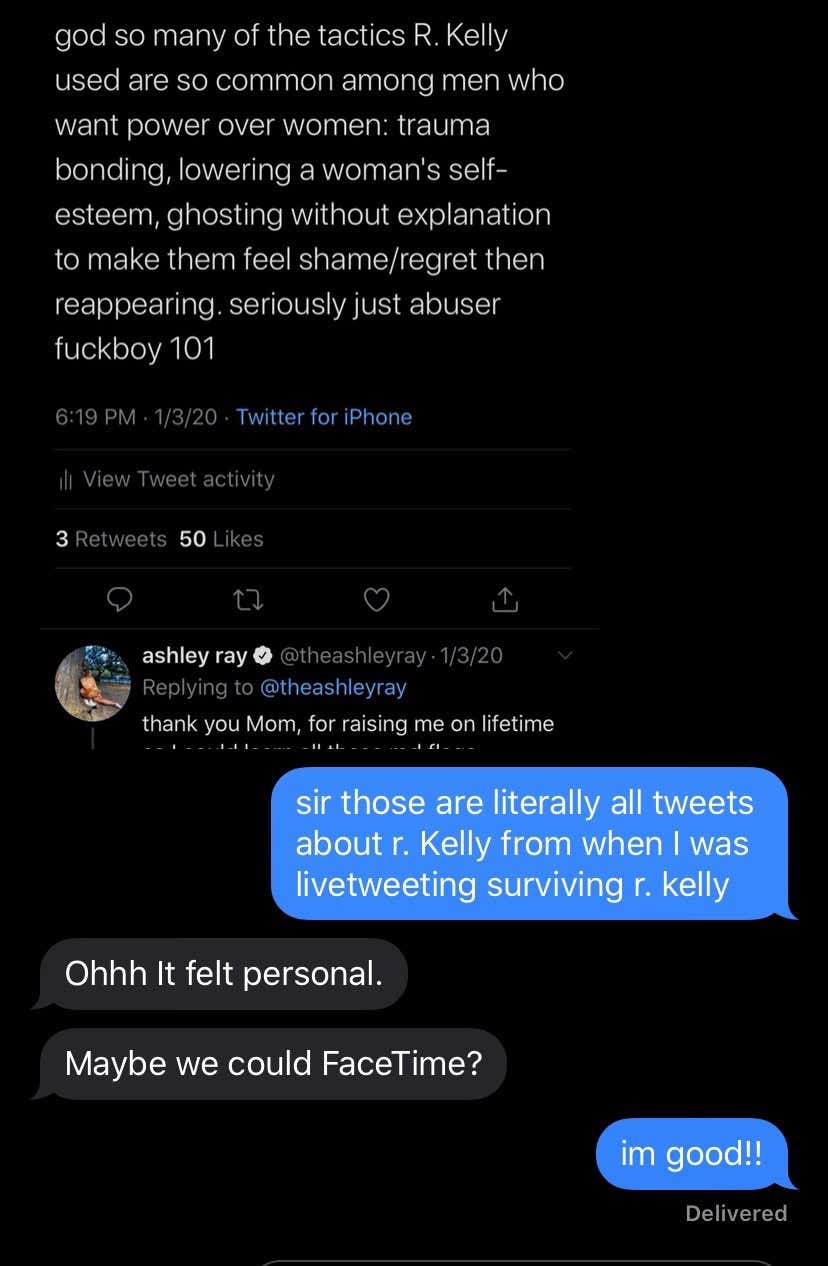 Take a look at this cum-brained cretin. Are men okay? Admitting his idiocy and attempting to get in the good graces of our blue-checked heroine in the same breath? Tom Six couldn't script a character with that much headassery. Ha. Yet the hatred continued for Ashley of all people. 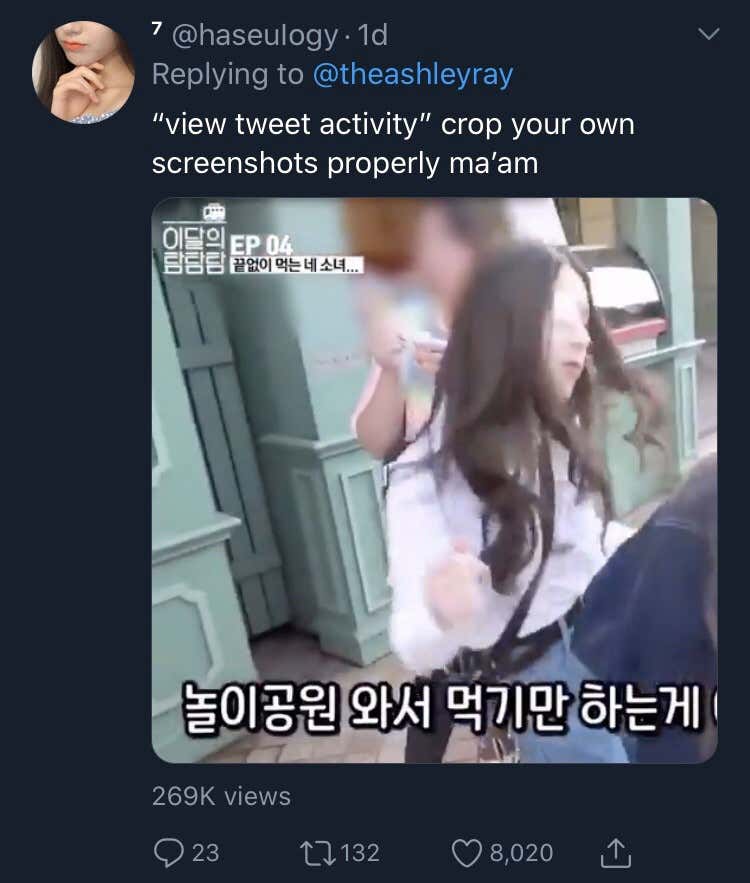 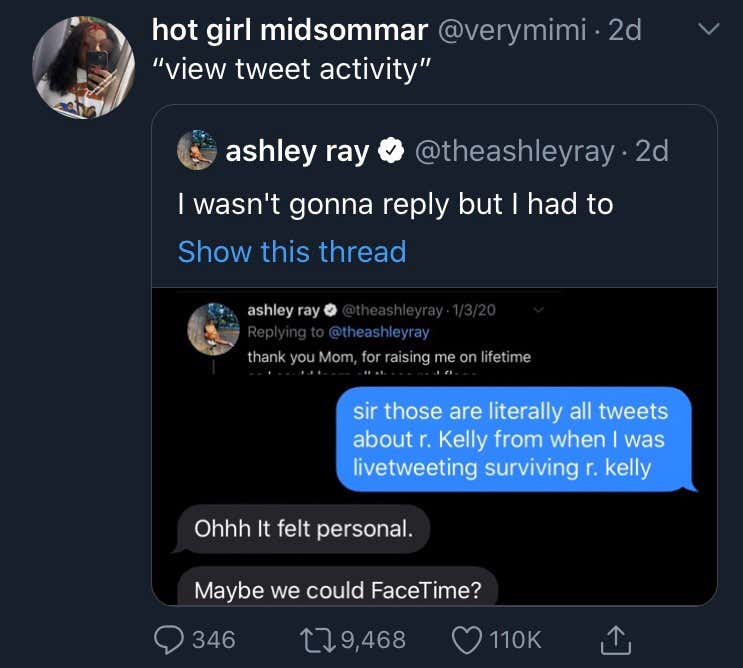 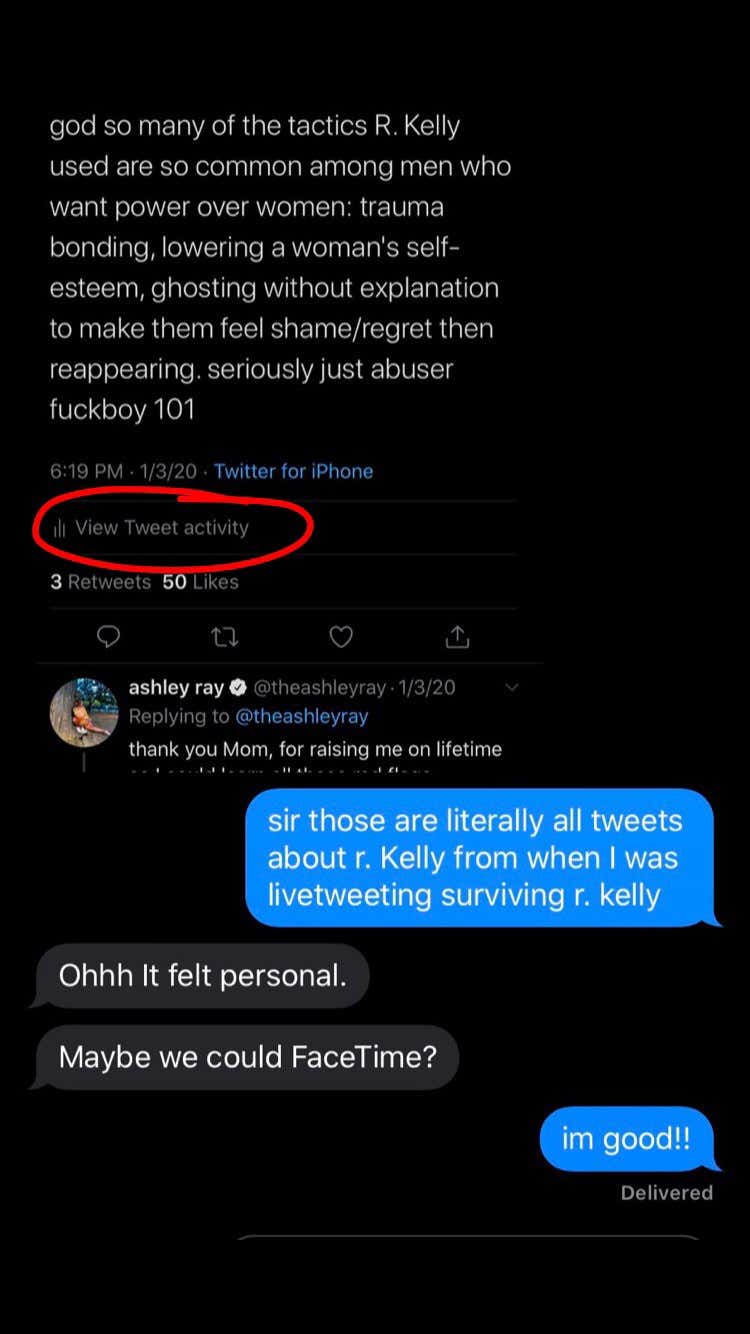 Apparently, since Ashley was “exposed” for texting herself and faking this entire exchange (I guess “View Tweet Activity” only shows up under your own tweets ), we should discredit her as an artist and comedy writer? Uhhhh, suspension of disbelief? Ever heard of it? Do you think JK Rowling expected Potterheads to actually believe that Ron Weasley was getting sucked and fucked by Emma Watson? 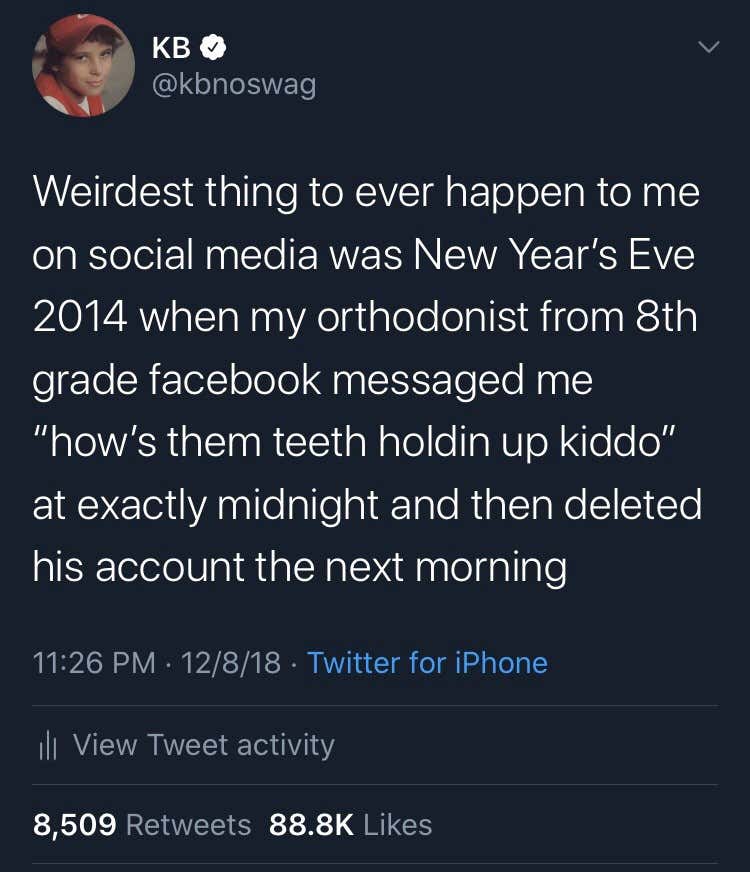 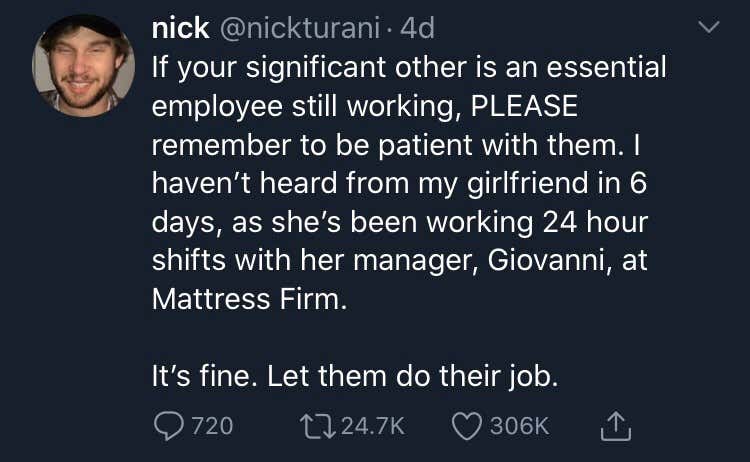 Do you think Kyle and Nick expected the ANUS Polyps to actually believe that Nick had a girlfriend or West Virginia had orthodontists? Certainly not. Yet the misogynistic barrage of backlash continued for Ashley. 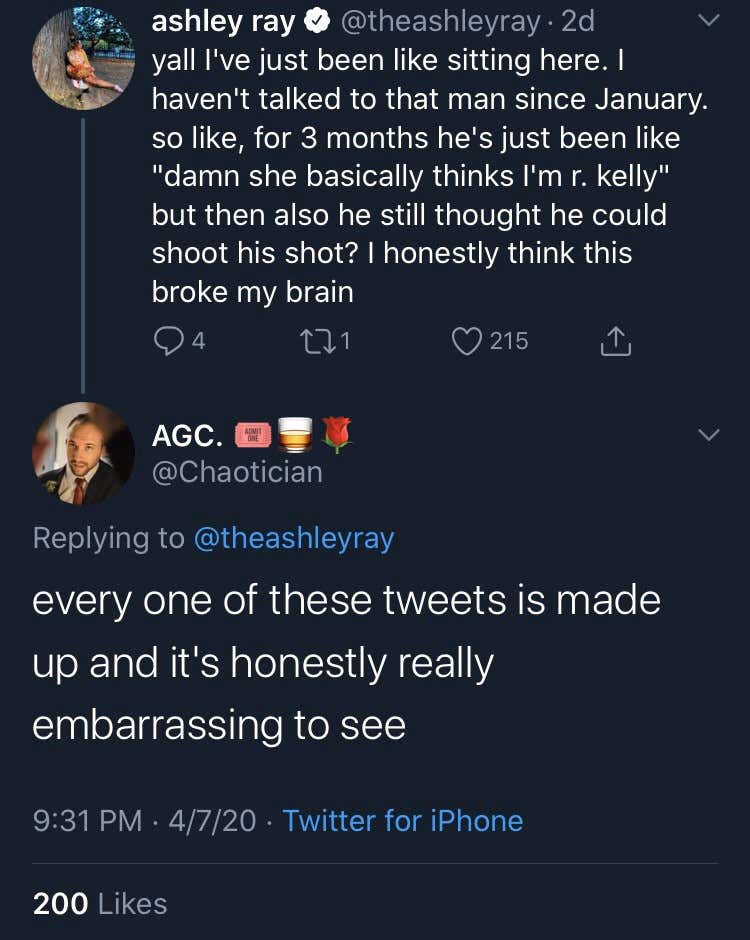 "Uhhh hey J.R.R....Mordor and Shadowfax are made up, you fucking embarrassment." 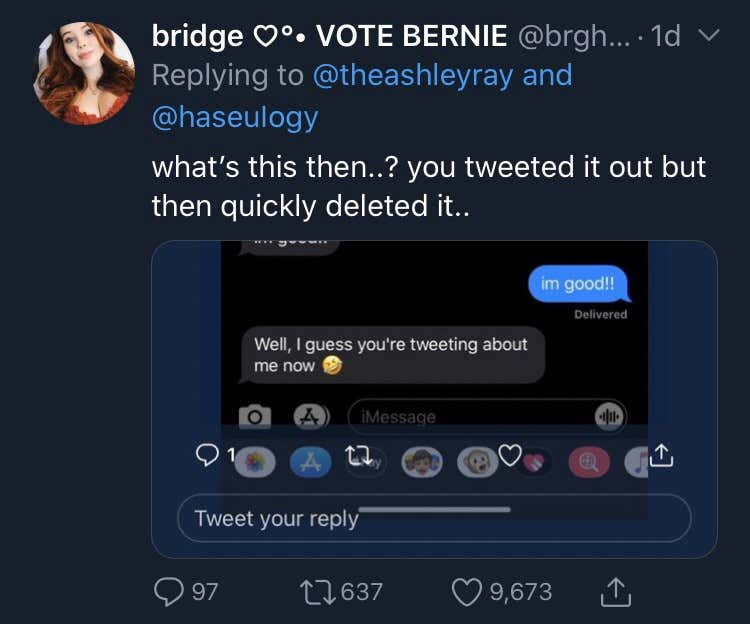 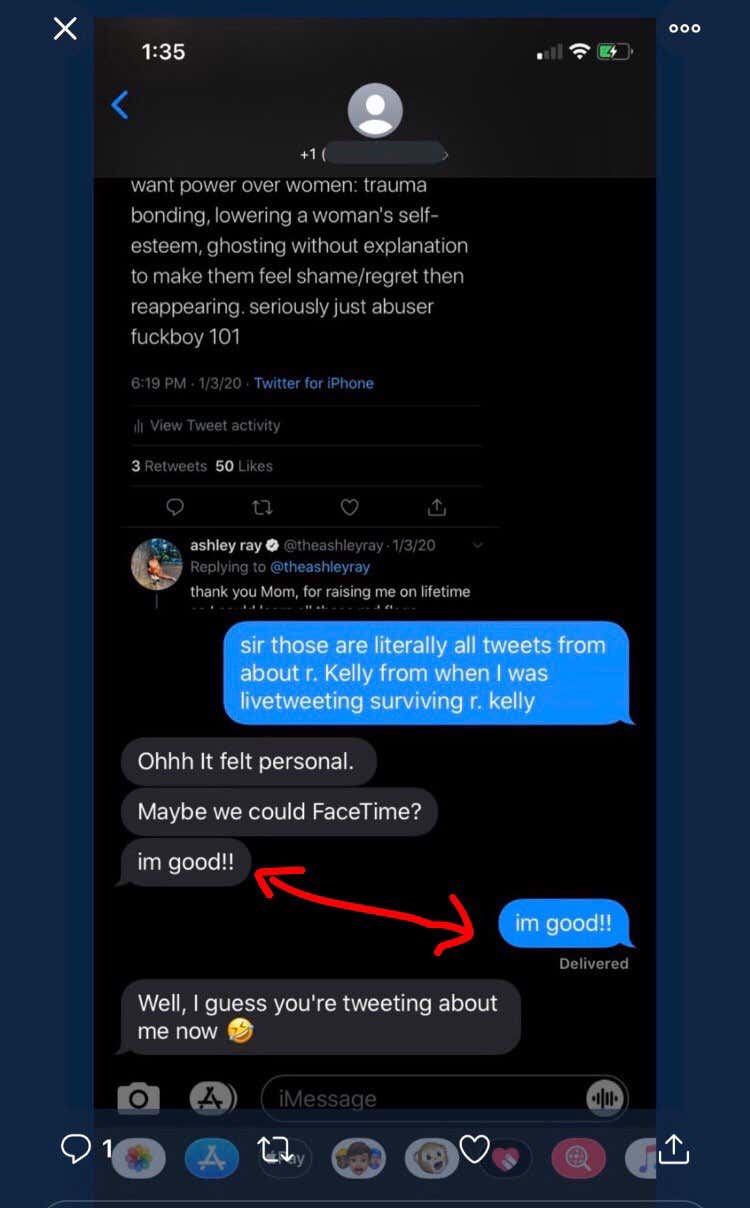 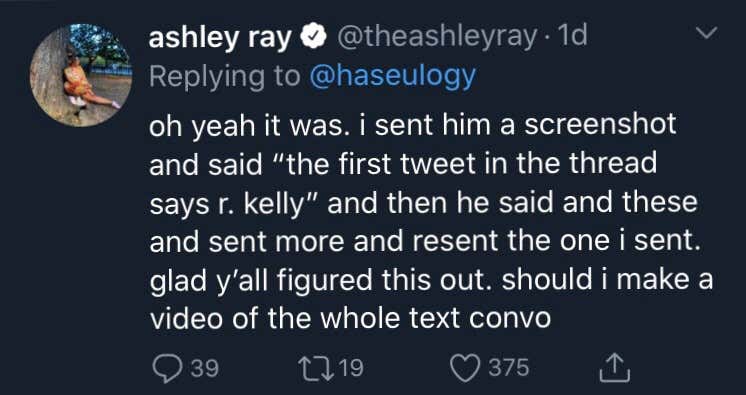