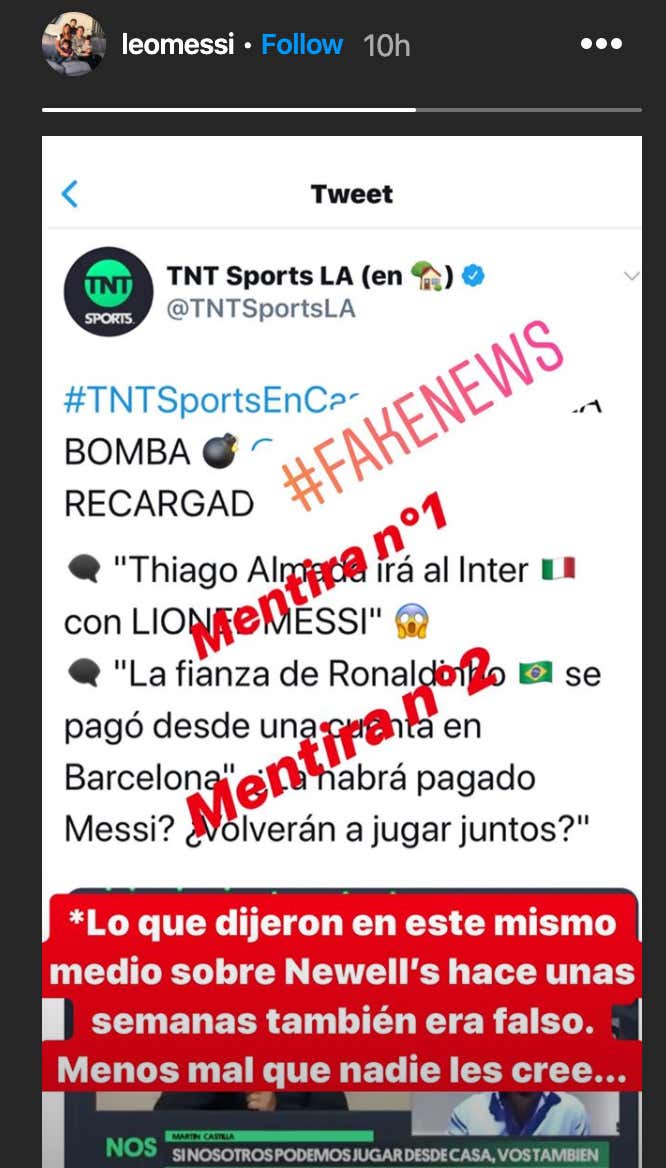 I can't get enough of these bizarre soccer stories. This one we have two of the most known, best soccer players of this era and really any era. Leo Messi out here Instagramming that he's not leaving to go to Inter Milan (more on that in a second, since that's serious) and he didn't bail Ronaldinho out of jail in Paraguay. That's such an outrageous comment too. I haven't stopped laughing at him using #FAKENEWS about it.

The background here is Ronaldinho was tossed in prison for falsified passports. He was bailed out after 32 days and put in house arrest - his house arrest is a luxury penthouse suite in a hotel. So just like everyone else on house arrest, except in an AWESOME spot. Shit, when he left his prisonmates threw a goddamn bbq!

How does one throw a bbq in prison? Do they do it out in the yard? Do they just have a party in a cell? I have so many questions as someone who isn't up to speed with prison bbq's. Anywho, reports started to leak that it was Messi that bailed out his former teammate. I have no idea why it would matter if he did or not, but he really wanted to make sure everyone knew it was a made up story.

Now onto the second part of the FAKENEWS. What's going on at Barcelona is fascinating. They are an absolute powerhouse obviously at the club level. But shit is getting weird there. Messi got into an argument with the sporting director earlier this year. Last week he and all the other players put out a statement criticizing members of the board for leaking that players were reluctant to take a paycut during coroanvirus. Oh and then yesterday 6 board members resigned because everyone is disagreeing with how the president runs the club.

So there are rumors that Messi wants out, he's saying he's going to stay with Barcelona. If he went to Inter that would be MASSIVE. We'd have him vs Ronaldo again but this time in Serie A. Inter would continue to be loaded.

I've said it before and I'll say it again. There's no bigger THIS LEAGUE than international soccer. Just chalk this one up as another story.