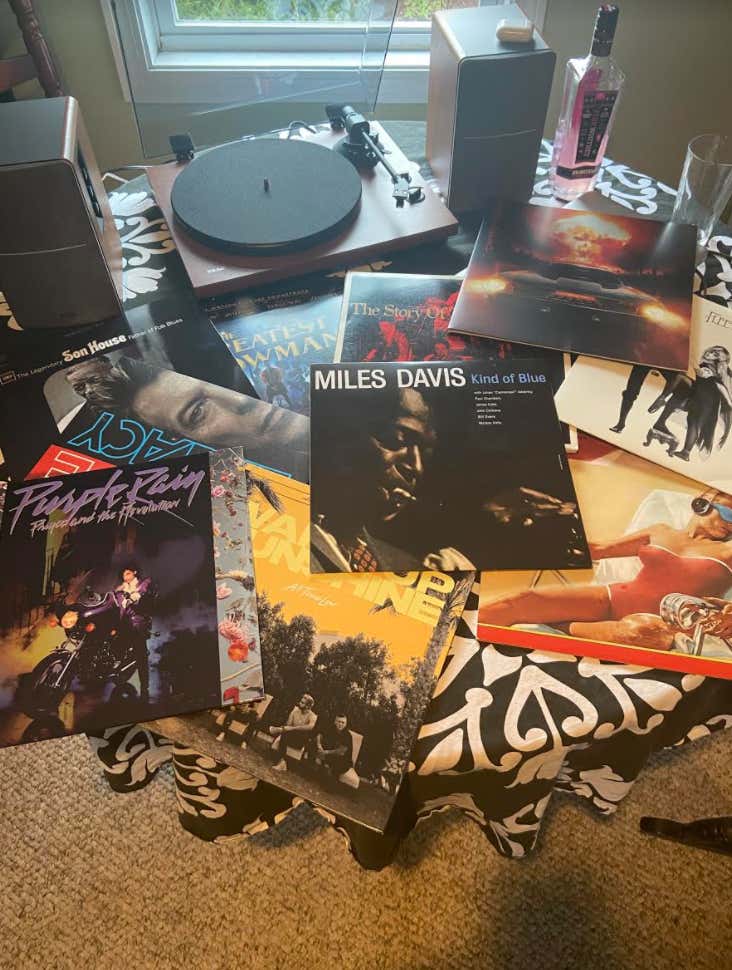 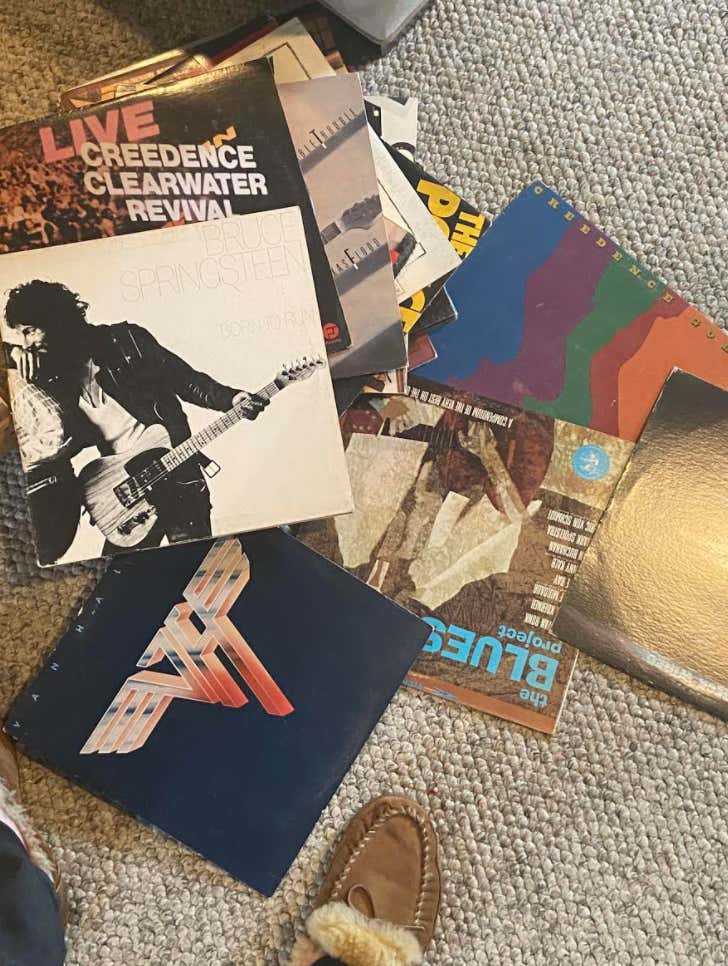 Two Christmases ago my sister got me a record player as a present. I loved it, but had left it at home because I don't have anywhere to put it in my apartment because it's a piece of shit and I've never made even the slightest effort to make it feel like a home. Well, seeing as I'm gonna be in quarantine for the foreseeable future I decided to set it up and let me tell you, it's changed my life.

I know, I know. That's the lamest thing anyone can say. It's such a cliche that "records are cool, man. This is how music was supposed to be heard." But guess what, I think that maybe this is the way music was supposed to be heard. Before this I didn't even really like music. It was fine, I'd listen occasionally, but I didn't have much I loved outside of the stuff I listened to in high school and Taylor Swift. Friday mornings I'd play New Music Friday while I showered and then I'd mindlessly have it in my headphones while I walked to work, unsure of what the song title or artist even was. I just used it as a distraction and a tool to almost get myself hit by cars as I crossed the street with my head buried in my phone.

As I said in my Cribs (watch here) basically every night I pour myself a drink then sit in a rocking chair and listen to blues. It's relaxing as hell. While working I've been playing Prince or Fleetwood Mac or Bowie. Last night my mom and dad came out and we went through their old records and it was the best night of quarantine. Just drinkin' some whiskey, listening to the Rolling Stones and Bruce and Boz Scaggs (who I hadn't heard of but is a whole fuckin vibe) and The Kinks and The Clash and Madonna and Eric Clapton and Cream and basically everyone.

Now this is a lose-lose blog to write. People who have a record player are gonna yell at me that I'm late to the game and they got one in 1922, people who don't are gonna say I'm a loser. BUT I DON'T CARE. Record players are cool as hell, the artwork is cool and they sound cool and all around just make you feel infinitely cooler. That's all we want, isn't it? Just to feel cooler.

PS - What are must have albums? I basically buy 5 a night. I don't even buy music I know I like, just music sung by someone who I look at and say, "I bet they sound great on wax." Yeah, we call it wax, deal with it.