I logged into my federal student loans account today to see when they plan on bending me over a handrail next and was astonished at the message I received: 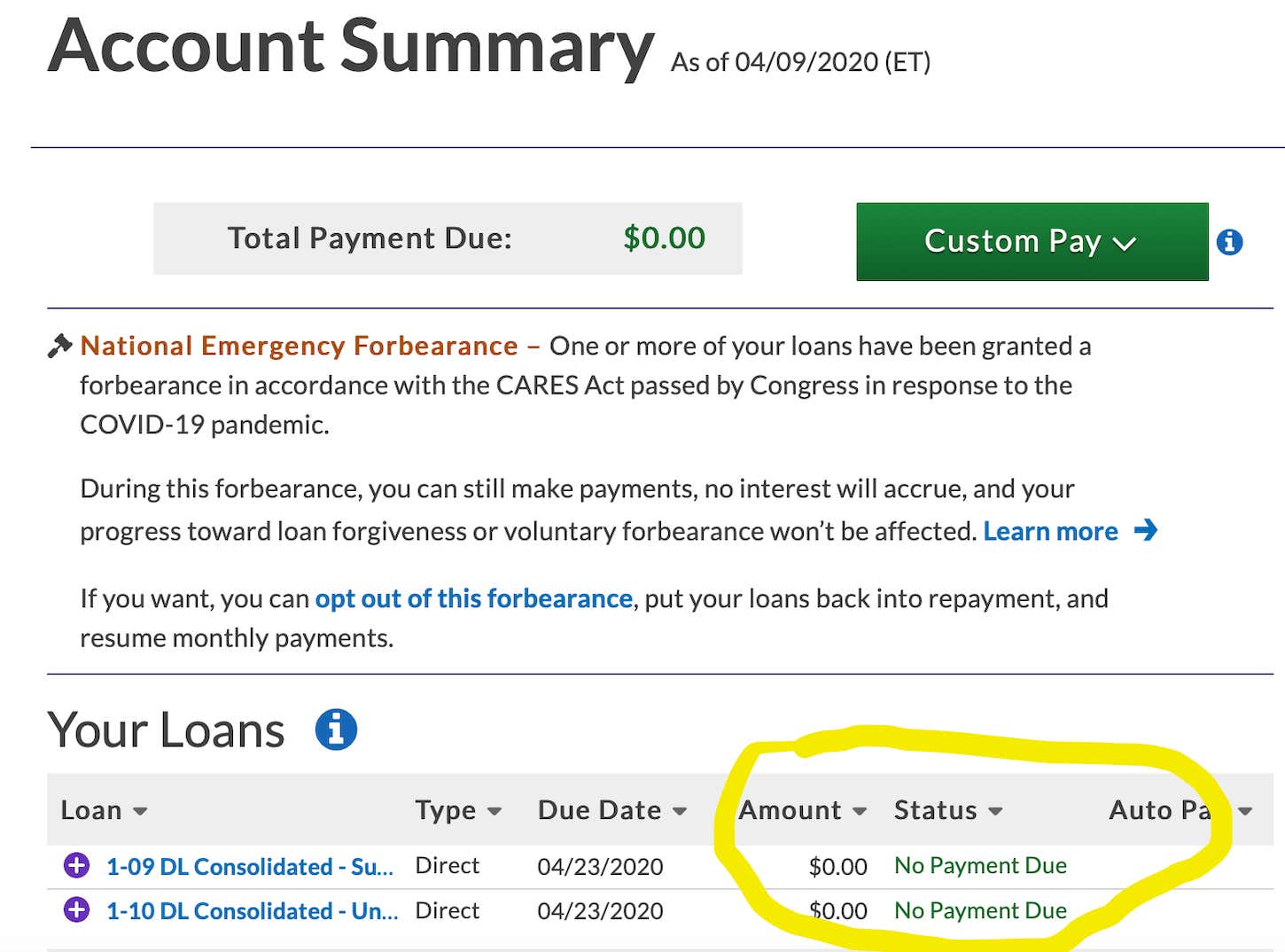 I heard that this might happen, but I have the attention span of a gold fish so I never really looked into it, so it might not be breaking news to YOU, but it's breaking to ME, and that's all that matters for this blog, for all intents and purposes, at least until my bi-annual rant that's on deck.

Now can I still afford to make my monthly payment? Yes, yes I can. Luckily, and I mean this sincerely, I'm still employed. But does that mean I'm not going to take full advantage of putting off these loans until October? No, no it doesn't, and for no reason other than to say "fuck it let's blow that $437.12 Navient auto-debits from my checking account every month on other things like fried food and pizza." Once I have to pay them again I'll do so and then bitch and moan about it as I see fit.

See, here's the thing about me. I fucking HATE the American education system. I hate it with the fire of a thousand suns. It's so goddamn archaic and ass backwards it's not even funny and sooner or later that bubble is going to pop like a zit on a 13 year old kid if it hasn't started to do so already.

Myself and Nate have written about this 100x in the past, and it's VERY ranty, but it is something that drives me batshit crazy and resonates with a lot of people, so you're getting the rant again. Maybe it'll help save some 17 year old kid from making the same mistakes I did, and if it does, writing this blog (again) was worth it to me.

Think about it - we're taught to go to school for 20 or so years, accrue a mountain of debt, get a job and work for money until we're 65+ years old and ready to kick the bucket. The vast majority of us, and I'm talking 99.99% (I'm citing my own brain here) of us, we're taught to be a slave for money instead of making money slaves for us. I'm pretty sure it's illegal for teachers to even utter the words "passive income" in lectures and if they do, they'll be sentenced to capital punishment.

It's sickening. My vendetta against the American education system and North Central College specifically knows no bounds. They prey on the ill-informed. Now, I don't believe in straight up loan forgiveness or abolishment like the libs want. No way - in the end, people that consume a service (higher education) should pay their tab.

But that's not why I hate the higher education system; I hate it because they parade around acting like they "mold America's youth" when really they're just a business that cares about their bottom line and endowment. They don't *actually* give a fuck about you, me or any other individual. It's predatory because they rely on taking advantage of idiotic 17 year olds like myself by saying they're in it for you. "North Central College, where YOU are central" is NCC's motto.  LOL, fuck off. I could have gotten my entire shitty liberal arts education for $1.50 in late charges at the public library. But I was conditioned to believe that I NEEDED them in order to succeed financially and professionally in life:

Fuck outta here. If your parents aren't paying for your school like mine didn't, take my advice and go to a JUCO or trade school and don't let a 4 year school that costs $40K+ a year swindle you into you thinking you can afford it. More than likely, you can't, no matter what they tell you.