A whopping 88 percent of Football Bowl Subdivision (FBS) athletic directors want an expanded College Football Playoff when the current playoff contract ends after the 2025 regular season, according to a survey conducted by Stadium.

Of those athletic directors who favor an expanded playoff, 72 percent believe eight teams should qualify. Also, 66 percent of the ADs said the highest-ranked non-Power Five team should receive an automatic bid to an expanded playoff. 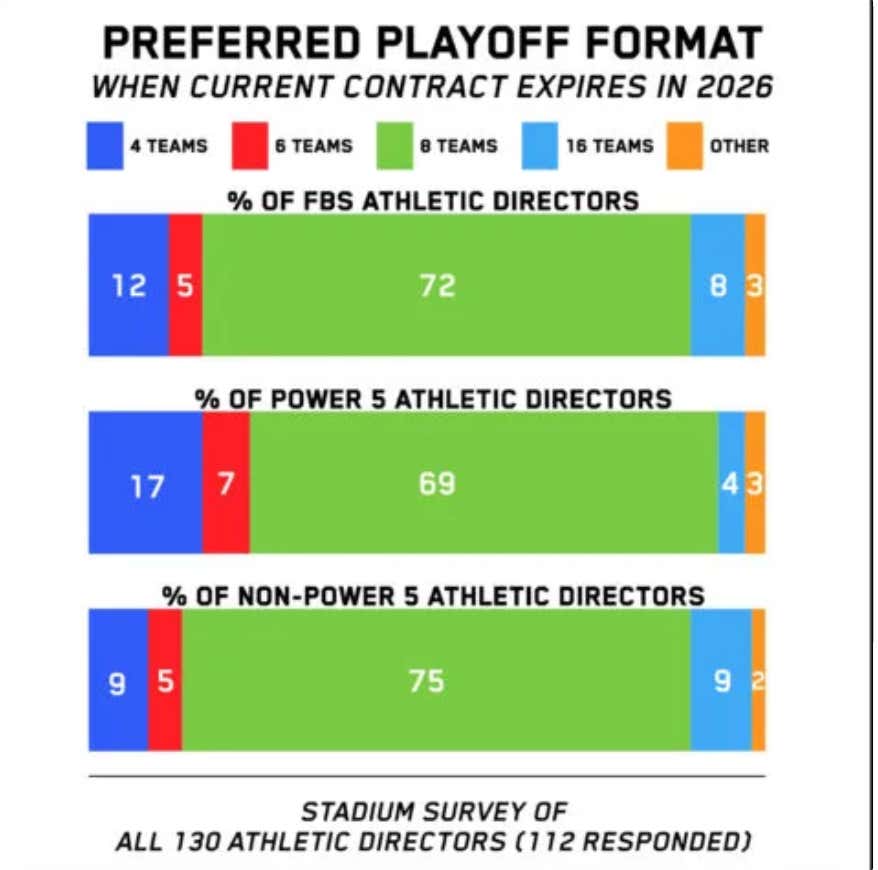 I go back and forth when it comes to expanding the playoff. Moving it to 16 teams would dilute the season and make every week not as important as it is now, would that take away from the college football product? I think so. Would I complain if it got moved to 16 teams? No, but I think it would have it's obvious downsides.

If we get rid of the 4-team playoff, I'd be more than okay with an 8-team playoff, where the top 8 teams make it. No autobids, yes even for the G5. I'm as big of a supporter of the G5 as anybody, but if a team is playoff caliber, I'd believe they'd finish the season in the top 8.

The contract for the current playoff is up in 2026, so we'd have to wait until then for a change I assume.

The argument against expanding the playoff is pretty simple...just look at the 1 vs. 4 games we've had the past two years. That being said, was Oklahoma truly the 4th best team last year? Probably not. Take a look at the SP+ rankings before Selection Sunday: 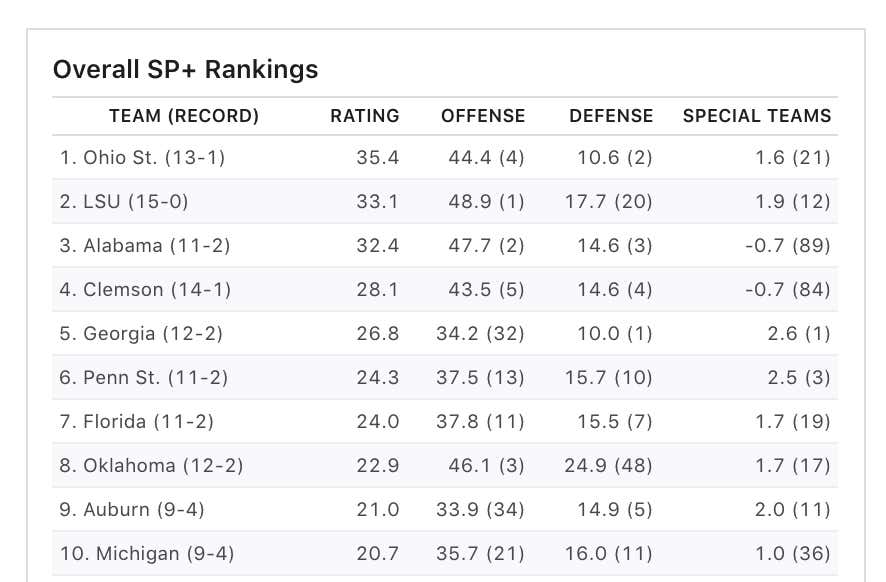 Oklahoma ranked 8th. Alabama was probably the 4th best team, but Tua was hurt, so Georgia/Penn State/Florida was in the conversation for #4 if we are going off a true "best team" formula.

My dream playoff would be this.

Could you imagine the month of December and January with all that going on? It would be amazing.

The entire structure of CFB would have to change for this to occur. Contracts would have to be flexible within conferences. P5 teams would never agree to this because they would never want to lose out on the money of the P5 if they have one bad season. However, if we could somehow do a total overhaul of the system, this would be an amazing way to restructure it.