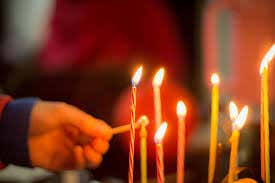 Washington Post - In February, family members gathered for a Chicago-area funeral. A family friend who had been out of state attended and was just a bit sick with mild respiratory symptoms.

Before long, 16 people between the ages of 5 and 86 had been infected with the novel coronavirus (seven confirmed and nine probable), and three had died.

The case study, published Wednesday by the Centers for Disease Control and Prevention, is one of the most detailed looks at how covid-19 moves through communities and shows how a single person can set off a chain reaction of infections. The transmissions — traced to a funeral and birthday party held three days apart — took place before major social distancing policies were implemented and may have facilitated transmission of covid-19 to the broader Chicago community. (The CDC also previously investigated how those aboard the Diamond Princess cruise ship that had docked in Japan became infected.)

I highly, highly recommend checking out the full article by the Washington Post to understand what I mean when I say that it's extremely scary.

Obviously, we know all of this now, but to read about an actual gathering and how it just spread from person to person who attended kinda shook me. Like, imagine being that person who just arrived from out of state to only give it to the people who just had you over for dinner and then a bunch of other people you hugged at a funeral? I'm not sure how far along into the whole social distancing it was, but I don't think it matters as there's virtually no way they unfortunately don't feel tremendous guilt.

How alot of these incidents are being traced now is just insane. Imagine going to that Italian soccer game? You think you're going to have a great time rooting on your team only to find out that it was a legitimate death trap for many people in your country. Let's hope the curve flattens soon because this is all too horrible.