Currently (as of 12:45am) Bryce Harper is on Instagram Live playing Fortnite with another pro-athlete I think, who's named I missed not because I don't know athlete names but because, ah, a bus went by my apartment and I couldn't hear, his buddy Pat, and "some man named Armando".

Gotta say, I felt like a total weirdo-creeper even blogging this and taking screen shots. But it's kind of cool if you're a baseball fan because it really is an AMA of sorts with one of the best in the game. He's being pretty great about answering everyone and ignoring the trolls. Some takeaways so far:

Favorite visiting park to play in: Wrigley. "A day game in Wrigley is one of the coolest things ever."

Favorite Cheesesteak: HE HASN'T HAD ONE YET! (Outside of the Phillies stadium where "they make really good ones".)

I am enjoying it, but that being said it's grinding my gears that some people are asking him the stupidest questions on the planet. You have a $330M man paying attention to you and you choose to ask,

Uh... ya think? I mean people are absolute MORONS who don't know how to behave around these folks.

"Is your beard itchy?"

"What shampoo do you use?"

Embarrassing. Amateur hour. Act like you've been there before, folks. Sheesh. 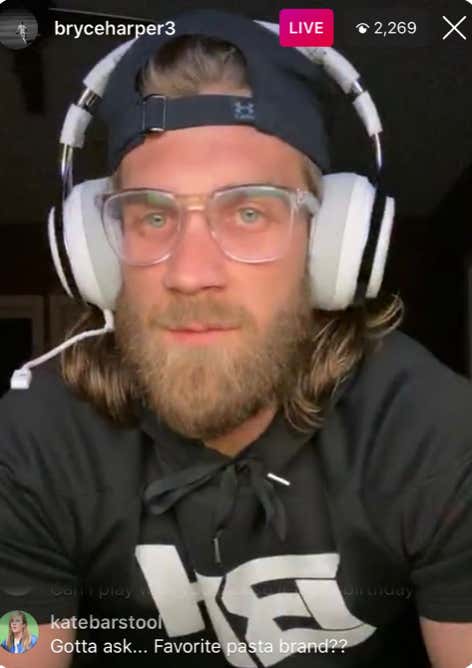