Woah woah woah woah. Careful with your applause there. While $50,000 might seem like a generous donation to some, we need to hold right on the appreciation until we find out exactly how much of his net worth that comes out to. You see, I only appreciate donations that meet the qualifications of random people on Twitter. While it might look like DK is doing a fantastic thing for his communities in Seattle and Mississippi, has Rovell decided if it is generous enough yet? 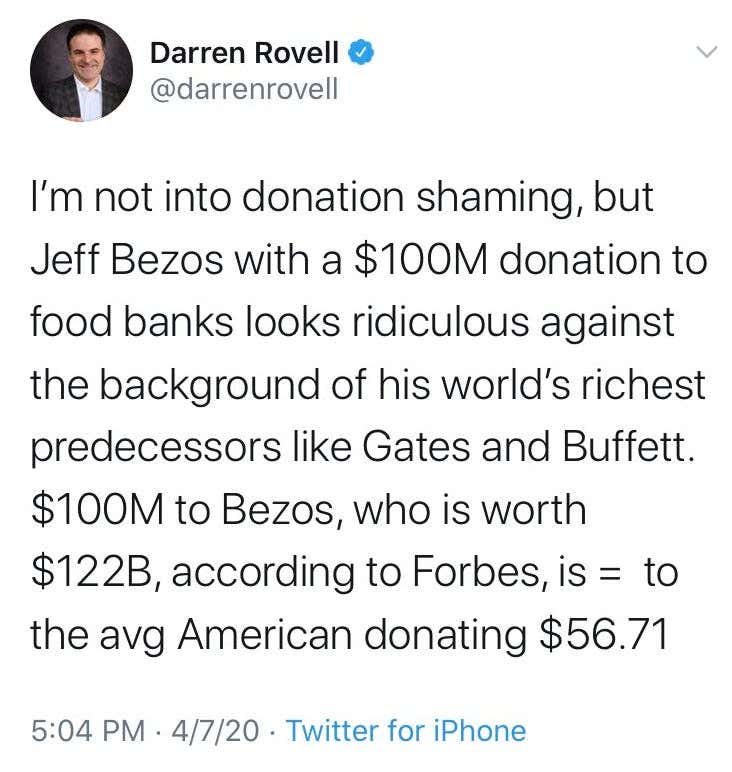 But more importantly, has Ken Klippenstein weighted in yet? You see, Ken is my king. He is the guy on Twitter who gets out his TI-83+, pounds the keys furiously, and ultimately decides whose donation is big enough to be ok.

He did it with Zuckerberg,

And yesterday did it after Bill Gates only donated a pathetic $50 million.

So thus a war started in my Twitter mentions between people who are so incredibly anti-billionaire they'd rather people die than a billionaire feed the hungry, and the opposite side where people are like yeah it's pretty cool to see the wealthy give back. Each side has a counter-argument and angry insult and mean jab for the other side, and round and round in circles they go. All I said is I think donating $50 million is better than not donating $50 million and got called a boot licker infinity times.

And so today I switched sides obviously as a joke

and now have people screaming at me in my mentions that the size DK's donation doesn't matter, it's just the fact he did it. Heh, imagine that. I mean shame on me for using sarcasm on Twitter, I should have known better.

I think the lesson here is let people donate what they want, let's not shame anyone who donates even a penny, and please stop saying $50 million is a cup of coffee. It's just not. It's 50 million dollars.

PS: It's about 7% of his base salary for next season. Very generous.