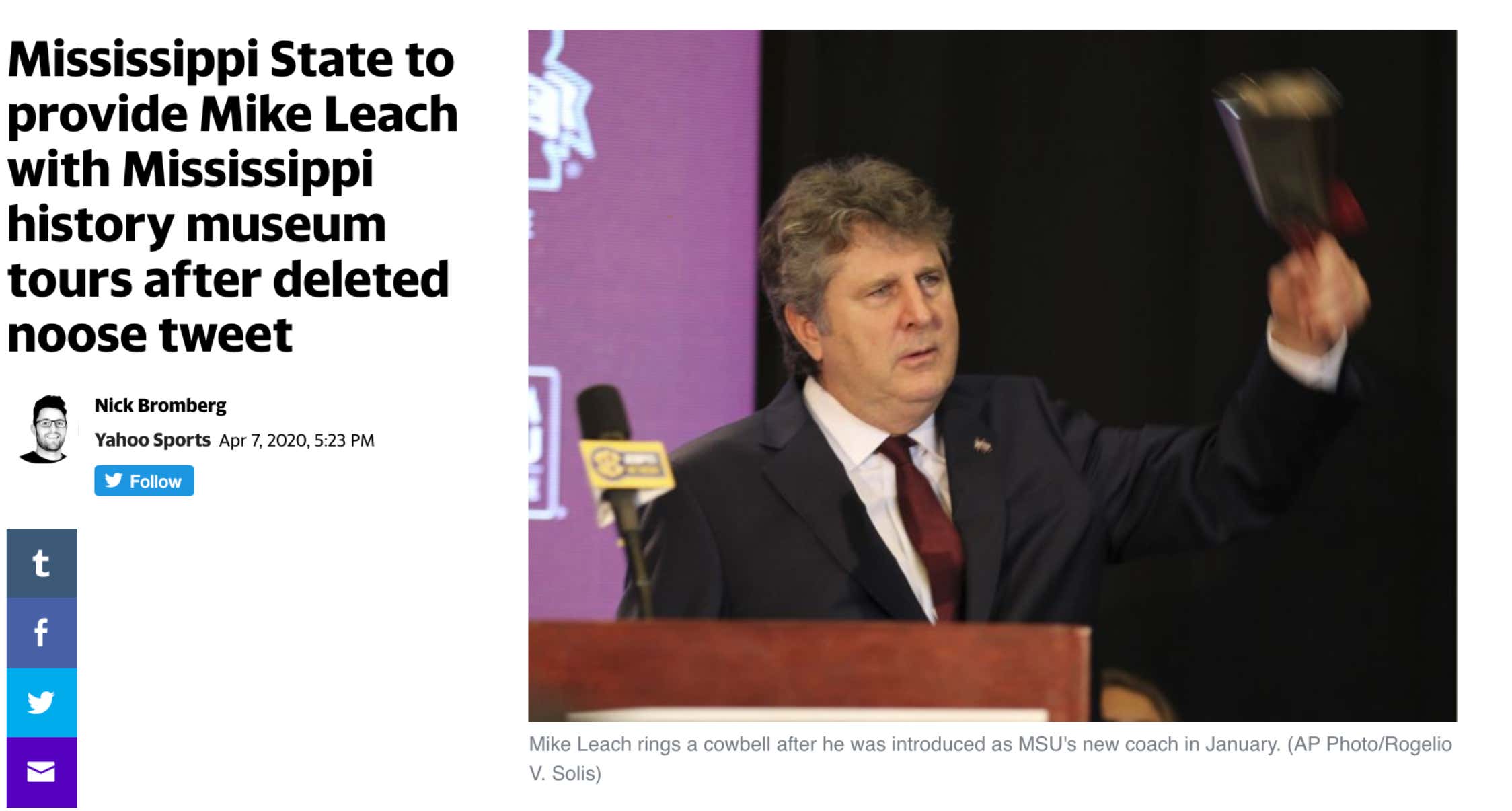 For those of you who aren't caught up on the situation at hand, let's review. Mike Leach loves tweeting memes. He finds them on Facebook or one of those meme apps that boomers use (I assume) and then tweets them out and everyone goes crazy. However, Mike Leach meme'd too hard one night and shared a meme that featured a noose: 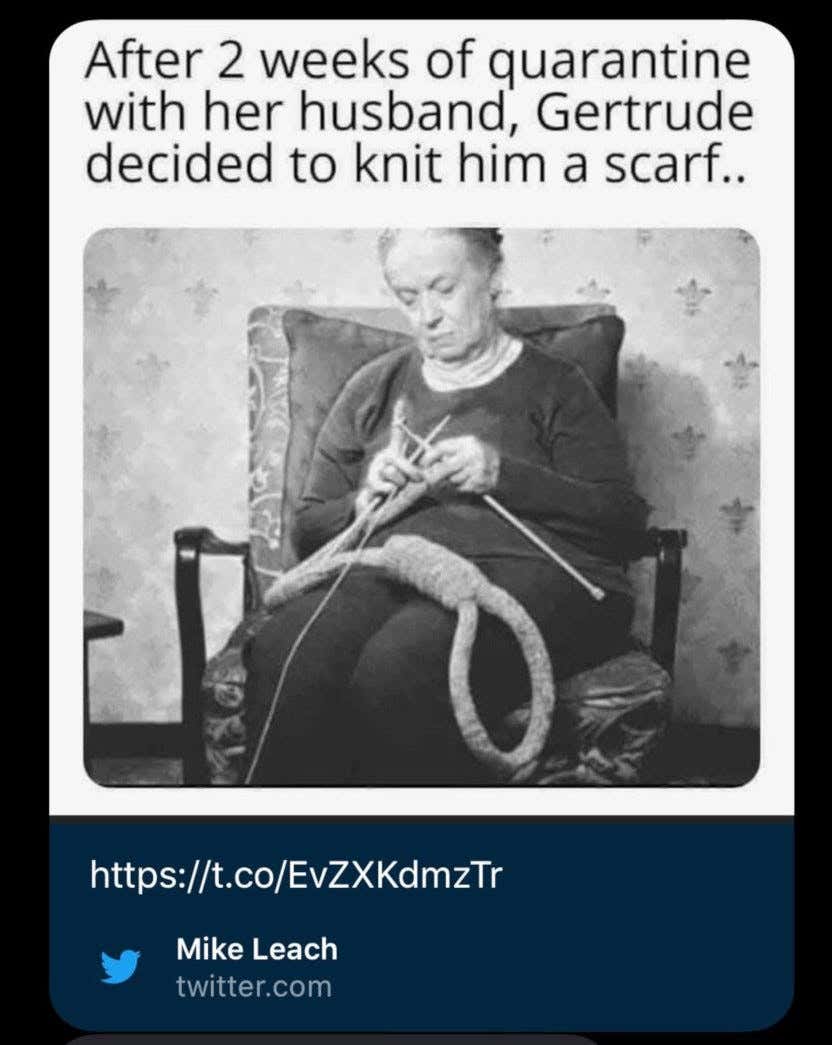 As I'm sure you are aware, there is a massive history in the United States with nooses, specifically in Mississippi. This, rightfully so, turned people the wrong way, including his players. At the time of this blog, two Mississippi State players have entered the transfer portal since Leach tweeted the meme above:

Did Leach mean anything more than just thinking the meme was funny? I'd say no. He apologized for the tweet after deleting it:

However, if those players felt uncomfortable playing for Coach Leach after seeing that it is their right to go seek out other options in the transfer portal. It's a free country after all as much as the NCAA doesn't want it to be.

SOURCE-“No matter the context, for many Americans the image of a noose is never appropriate and that’s particularly true in the South and in Mississippi,” Mississippi State athletic director John Cohen said in a statement. “Mississippi State University was disappointed in the use of such an image in a tweet by Coach Mike Leach. He removed the tweet and issued a public apology. The university is confident that Coach Leach is moving quickly and sincerely past this unintended misstep and will provide the leadership for our student athletes and excitement for our football program that our fans deserve and that our students and alumni will be proud to support.”

A strong statement from Cohen, one I think many agreed with. Leach tweeted something he shouldn't have. He apologized and now he will take the necessary steps to educate himself on why the meme drove some individuals the wrong way, no matter the context. That education will include a trip to two museums in Mississippi:

“Cohen said that a plan is in place for Coach Leach to participate in additional listening sessions with student, alumni, and community groups and to provide the coach with opportunities to expand his cultural awareness of Mississippi,” the school’s statement said. “One of those opportunities will include a guided visit to the “Two Museums” – the Museum of Mississippi History and the Mississippi Civil Rights Museum – in Jackson as soon as restrictions from the current public health crisis will allow.”

Coach Leach is a fascinating mind that goes beyond just football. He has always been into history and has even written a book on Geronimo, an Apache leader who was legendary for fighting off anyone (Mexican or American) who tried to take over his tribe. I'm sure Coach Leach understands the history of race relations in this country, he just had a lapse of judgement when he tweeted out the meme.

In the end, Mike Leach just meme'd too hard.