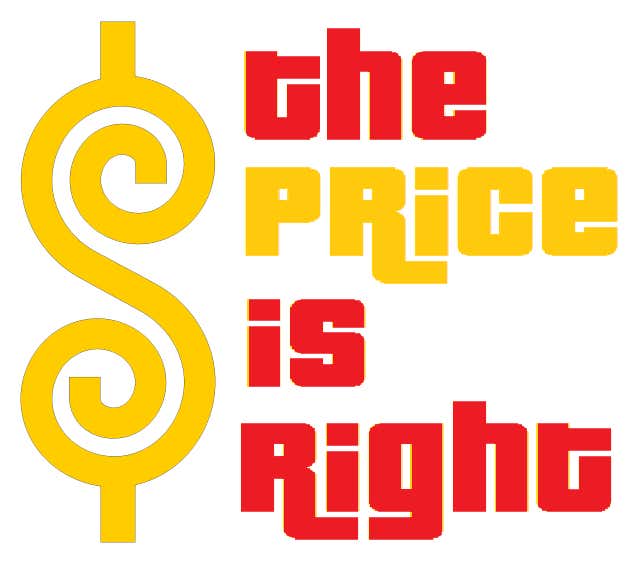 Today I woke up like every other gray day during this quarantine: Expecting not many highs or lows but mostly boring middles along with the requisite dump truck of terrible news delivered directly to my brain via TV or the internet. To combat this, I decided to throw The Price Is Right on in the background to start my work day, knowing there was a good chance it would be interrupted by a Governor Cuomo press conference about the chaos that coronavirus has unleashed on New York.

Instead I witnessed the birth of a legendary rivalry and one of the great first half performances in Price Is Right history with electricity right out of the gate.

What a look! What a moment! 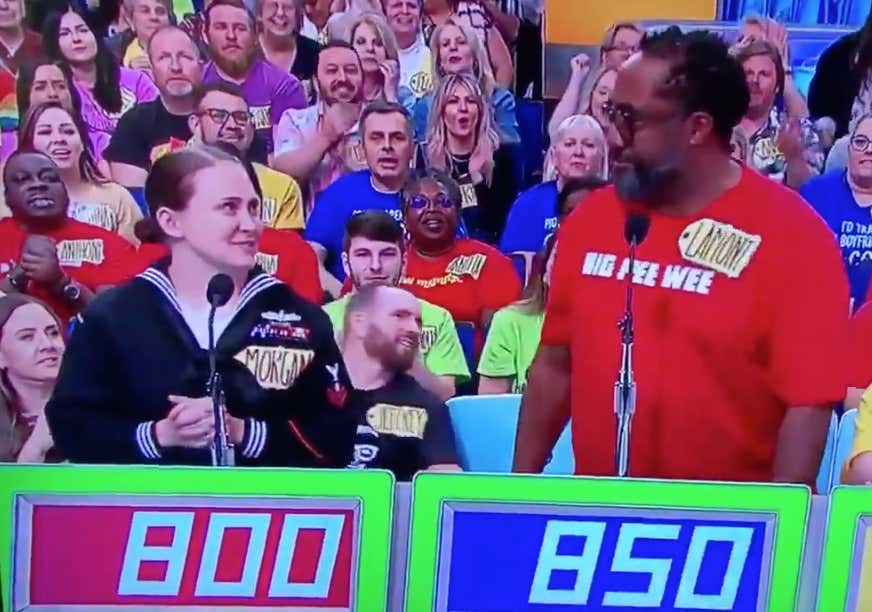 Lamont staring down Morgan as he almost certainly doomed her to another round on Contestant Row felt like AI stepping over Tyronn Lue after his shot in Game 1 of the 2001 NBA Finals. EXCEPT there was a twist when Morgan took out her (insert name of a Navy weapon here) and blew Lamont along with everyone else on Contestant Row out of the water with an exact bid.

However Morgan wasn't done there. Not by a longshot. She followed up bullseye-ing the first bid of the ENTIRE show by winning the most hallowed prize on The Price Is Right, "A NEW CARRRRR".

At this point, I could sense there was something special in the air like when Klay Thompson hits his first couple threes in the third quarter of a big time game. You don't take home two prizes plus $500 in straight cash homie for sniping a Contestant's Row prize. All that was left in the first hour of the show was the Morgan Monster to take on the Big Wheel. And not only did she take it on, but she took it down.

What you just witnessed in those three poorly shot Twitter videos is as dominating a performance as you will see on The Price Is Right. Perfection in Contestant's Row, winning a car on stage, and then making the Big Wheel bend its big knee by getting $1.00 (She didn't cash in on the bonus spin). You can do the first two if you are Rain Man with the ability to remember every Suggested Retail Price of every item. But slaying the Big Wheel takes a whole other set of physical skills.

At this point I thought there was a very real chance of a Stinson, which for the layfolks is when Barney Stinson laid the smack down on Price Is Right during an old episode of How I Met Your Mother (which he had mastered as a kid because he was told by his mom that Bob Barker was his dad. Great episode of a great series save for the last season or two).

After the first Showcase Showdown, I did some stuff around the house while waiting to see if Morgan would pitch a perfecto. When I came back to the TV, I was amazed to see Lamont had not only gotten the call up to the Big Leagues on stage but he won his very own NEW CARRRRRRR with one of the most clutch moments you will ever seen on a gameshow.

I don't know what happened in Lamont's Showcase Showdown because some news about an election was getting in the way of my beloved Price Is Right time.

I don't care that we are in the middle of a global pandemic in a political climate where everyone hates each other! I tune to CBS between 11 and 12 to escape the shitty world we are living in, not to be given an update on it!

Luckily, we were sent back to Price Is Right just in time to see Lamar made it to the Showcase, which meant ended up back where we started. With a rematch from the first matchup of the day on Contestant's Row and that goddamn look.

Followed by two respectable Showcase bids and a helllllllllll of a finish.

Magic vs. Bird was nice if you were a basketball fan in the 80s because it saved the NBA during a very dark time for the league. But it ain't got SHIT on Morgan vs. Lamon considering the world we are living in and the lack of fresh competitive entertainment options we have on TV. The amount of video games I have either played or watched simmed is disgusting. But that's what happens when you live on the drug of sports your whole life and are forced to quit cold turkey because some dickhead ate a bat in China half a year ago.

I'm sure all the Price Is Right conspiracy theorists will say the fix was in from Jump Street because Drew Carey's show has had a little too much crazy moments during his time as host. But at this point I don't care. Just feed me this competition and chaos until we get sports in our lives. Even if it means bringing in Hollywood's elite to direct it.

I don't know what type of tomfoolery tomorrow will bring or if my episode of Price Is Right will even be shown depending on Governor Cuomo's press conference timing. But you bet your ass I will be watching to see if there will be more history

The Price Is Right+ 2 Tags