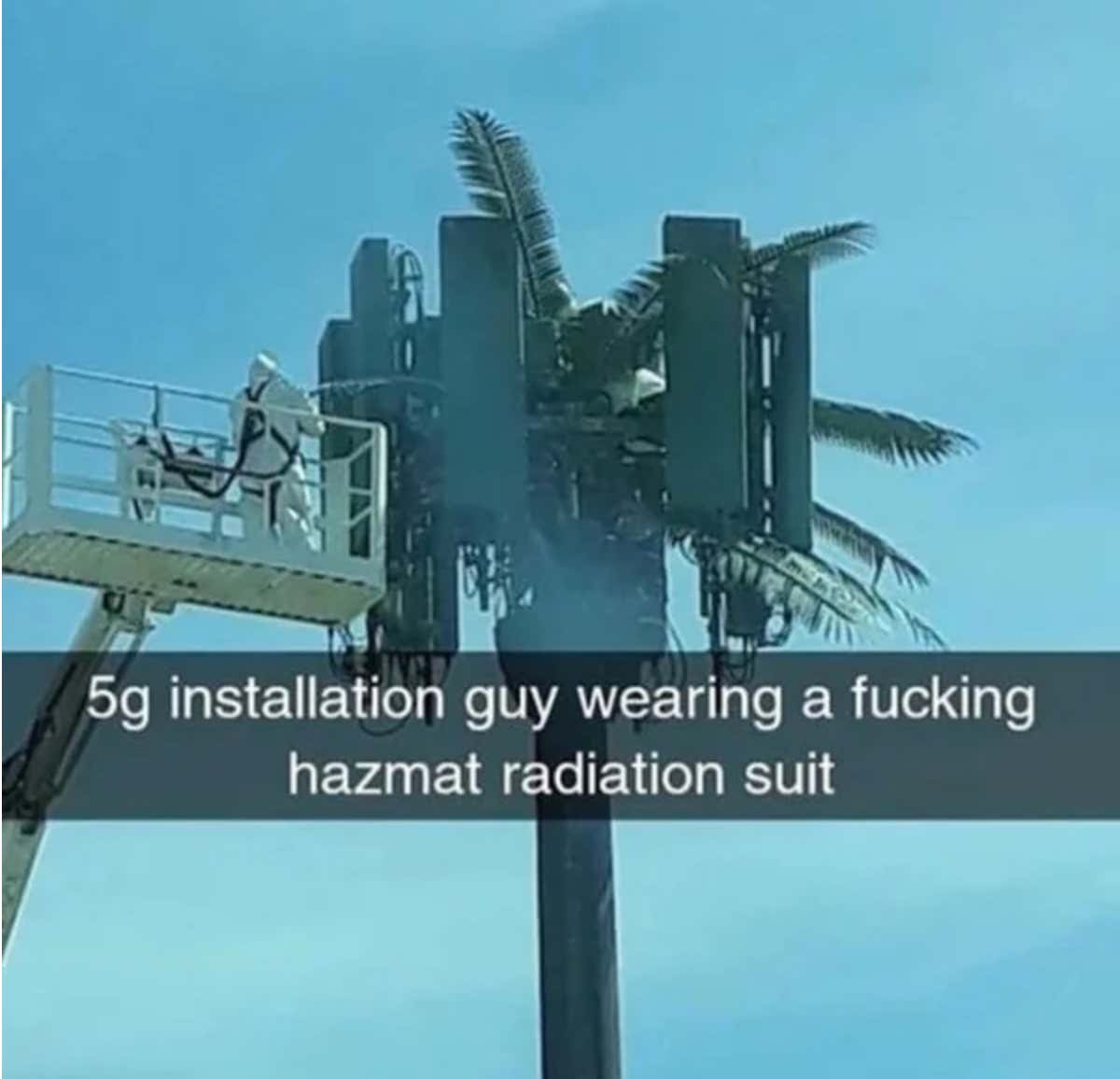 NY Post - Wild conspiracy theories linking 5G networks to the coronavirus pandemic are being blamed for a spate of attacks on UK cellphone towers — and are even being spread by celebrities such as Woody Harrelson. Fires at towers in Birmingham, Liverpool and Belfast have all been blamed on the conspiracy theories, UK officials said. The theories have ranged from 5G signals causing the virus, to the contagion being started as a cover-up for health maladies related to the networks. UK Cabinet Minister Michael Gove damned the tales as “dangerous nonsense” while noting that the damaged phone lines are crucial for emergency services battling the pandemic. Yet the conspiracy theories are quickly reaching a massive audience — thanks in parts to celebrities now sharing them with millions of people on social media. Former “Cheers” TV star Woody Harrelson recently posted a report “about the negative effects of 5G” and its supposed role in the coronavirus pandemic to his more than 2 million Instagram followers. “I haven’t fully vetted it I find it very interesting,” he wrote of the report claiming that “5G radiation” is “exacerbating” the contagion’s spread and making it more lethal. That post got 25,500 likes — while a later one of a video showing Chinese campaigners attacking phone towers there got viewed more than 300,000 times.

I love Woody throwing out the "I havent fully vetted it." Uh yea, Woody. We know. What would you trying to vet the cause and effect probability of a new worldwide telecom network creating a global pandemic..what would that look like? What would that entail? You calling up your contacts at the Pentagon or Silicon Valley? Or you drunk off a bottle of whiskey calling Ted Danson and screaming into the phone about how the towers are making us all sick? I'm thinking it looks a lot more like (B). The Post article goes on to day how rapper M.I.A. believes it, too, and that at the very least its fucking up our immune systems:

Singer M.I.A. has also repeatedly tweeted about her fears over 5G — recently saying that even if it does not cause COVID-19, it “can confuse or slow the body down in healing process as body is learning to cope with new signals wavelength s frequency etc @ same time as Cov.” The “Paper Planes” rapper even posted a photo of one of the burning towers. “People in England are setting fire to it. They should just turn it off till after the pandemic!” she wrote.

If you dont remember MIA she was the chick who like almost gave birth on stage at the Grammys:

So what I'm saying her is that even if 5G caused Corona Virus...or 5G compromises our ability to fight Corona Virus...well you gotta crack a few eggs to make an omelet. Sometimes the juice is worth the squeeze and if I get full service on my Metro North ride and down in the subway and in basements and elevators and also there a bunch of new shit that changed the world the way Uber and Postmates did? Well then global pandemic it is! Sorry! I gotta get these tweets off, you know?

Today on Mailtime we covered the 5G conspiracy theory, as well as the "Corona Virus is manmade" theory. Actually that was more of a, "If I were to create a biological weapon, here's how I would do it" segment. And we even dove into the whole "A meteor is on the way and so Corona Virus was created to maintain the peace and get people indoors while the government smuggles all the rich, famous, pretty, and talented people off the planet to a safe place." Thats why Tom Hanks and Idris Elba and Kevin Durant and the like "have it." Its just that they're getting ready to hop on the ark and get the fuck out of here. Which makes a ton of sense to me.

Also some non Corona conspiracy theories like whats up with the disappearance of Bitcoin creator Satoshi Nakamoto? Is there a chance that Satoshi Nakamoto isnt even a real person, and that it was Artificial Intelligence creating a persona to communicate and dupe our simple human minds:

And honestly, just how in the fuck does Bitcoin, and really all currency, work? We got deep on that one talking about what truly has value and the next thing we know we're debating capitalism vs socialism. We also discussed America's Stonehenge, after Dante wrote a phenomenal blog breaking all that down. And, of course, Aliens.

A LOT going on in todays episode of Mailtime, give it a listen. Follow on Twitter @MailtimeShow