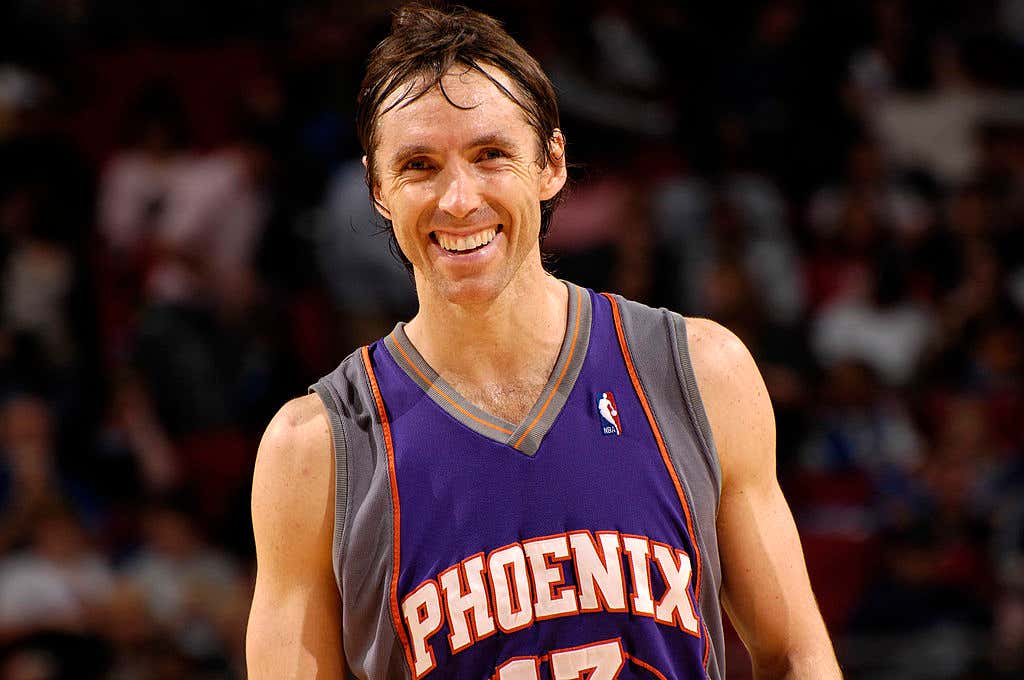 I couldn't tell you how or why, but the other day I found myself down a vintage Steve Nash rabbit hole on YouTube and boy was it a fun way to spend a quarantine evening. Those early 2000s Suns teams were so much fun to watch I remember staying up way too late as a teenager to watch them as the second game on TNT because the combo of Nash and Amare was something that didn't seem real. Nobody really played like them, they played fast and chucked threes before that was the cool thing to do. I know Nash's back to back MVPs are often debated, but you do forget how ridiculous he was during those two seasons.

Back to back seasons with a 60+% true shooting? That's ridiculous. That's not something you really see unless your name is Steph Curry. One of the best pure passers the league has ever seen, it's a damn shame that David Stern clearly boned the Suns during their prime and prevented them from ultimately winning a title. Few teams in recent NBA history were more fun to watch and Nash was a huge part of why.