Without hoops, a rivalry has started - Iowa vs Dayton. You might ask why the hell would two midwest schools start screaming at each other? Because of Player of the Year voting of course! It's honestly been hilarious to watch because when I think of Iowa fans I think of this:

Just a bunch of Trent's - the nicest people in the world who always asks how I am and then wants to talk some hoops and Tiger. My kind of people. What I didn't expect is to do a quick search of 'Iowa fans, Dayton' in Twitter and have a million tweets come up of people arguing back and forth. In just response to ONE tweet here are some gems: 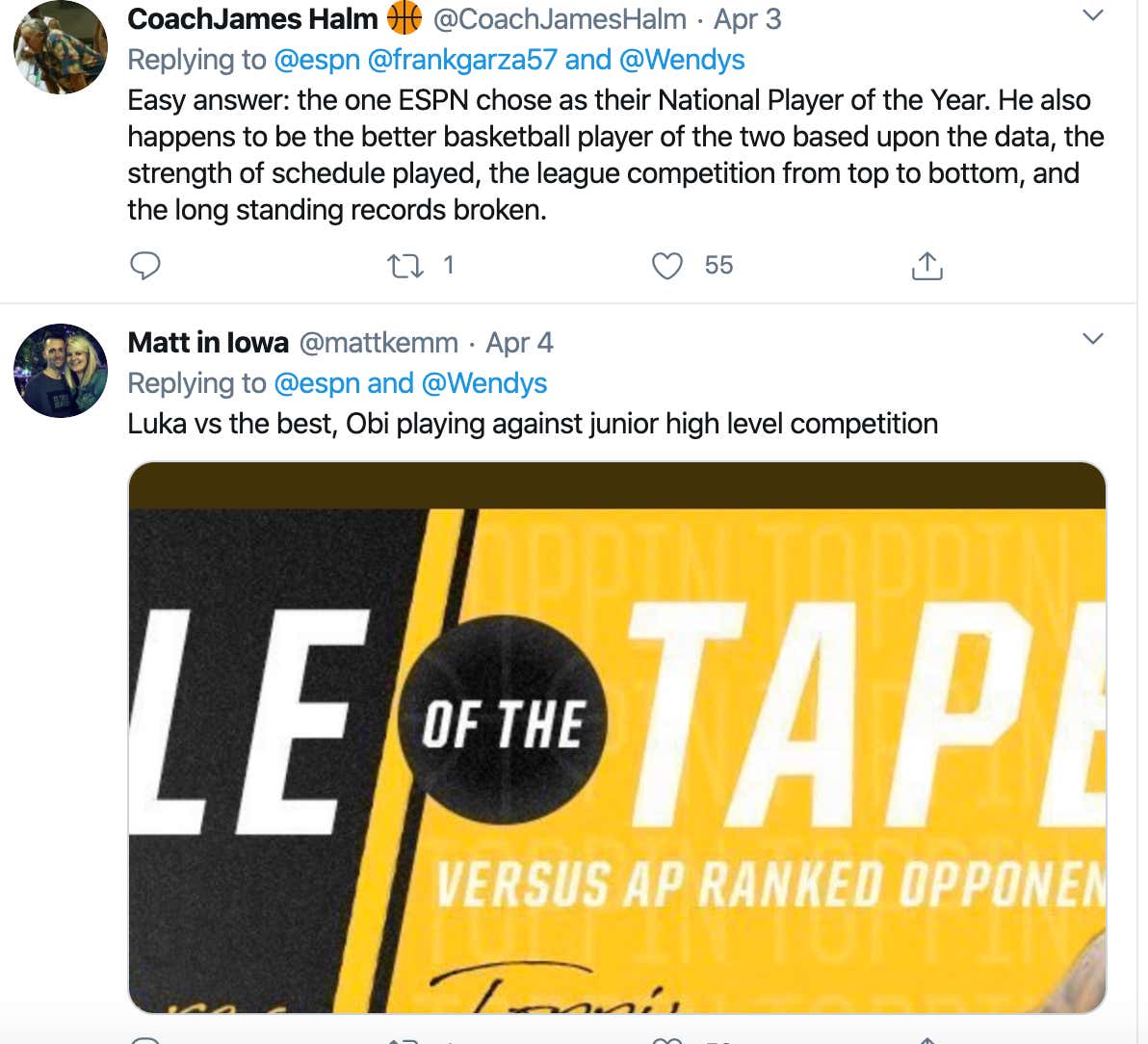 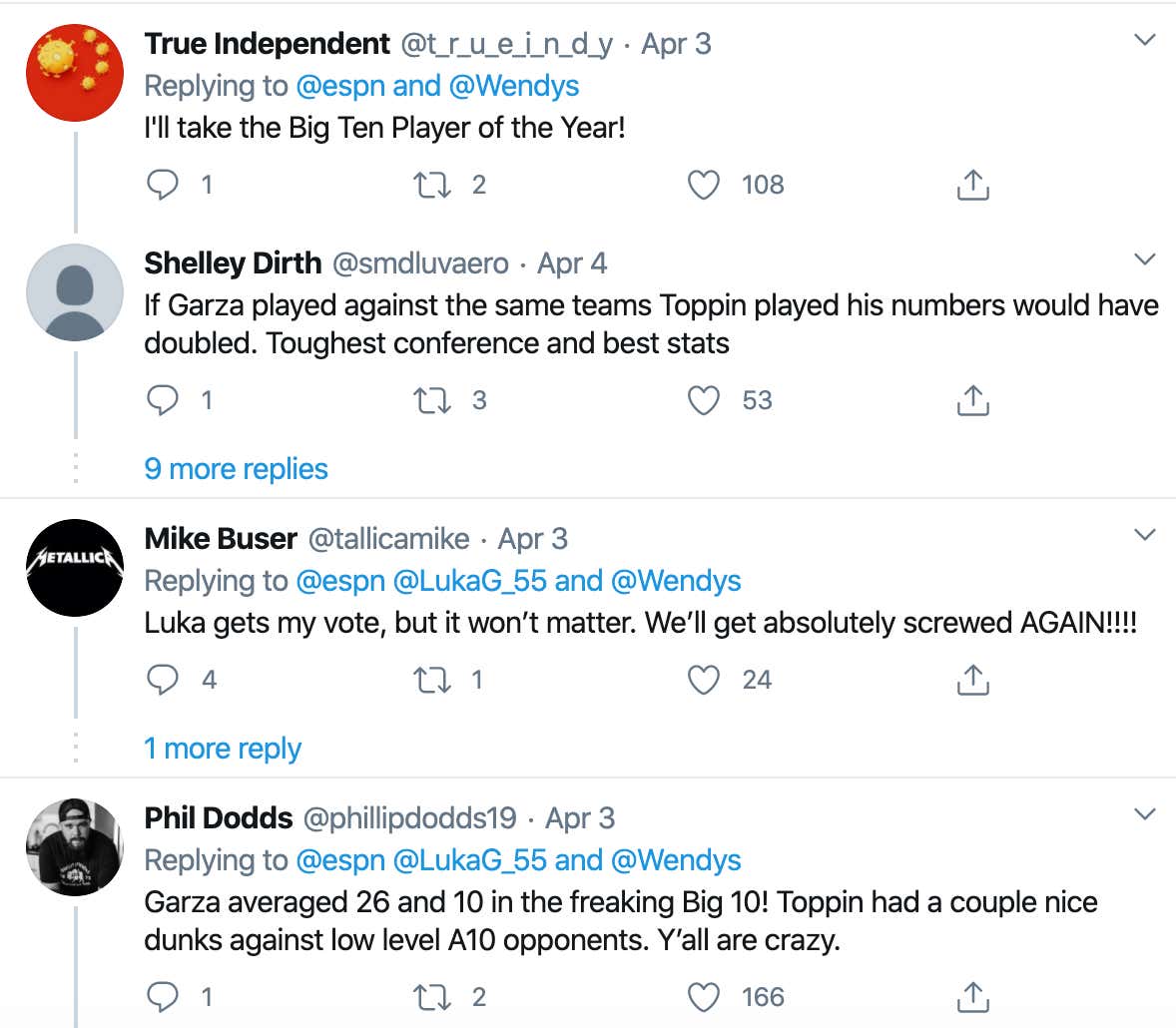 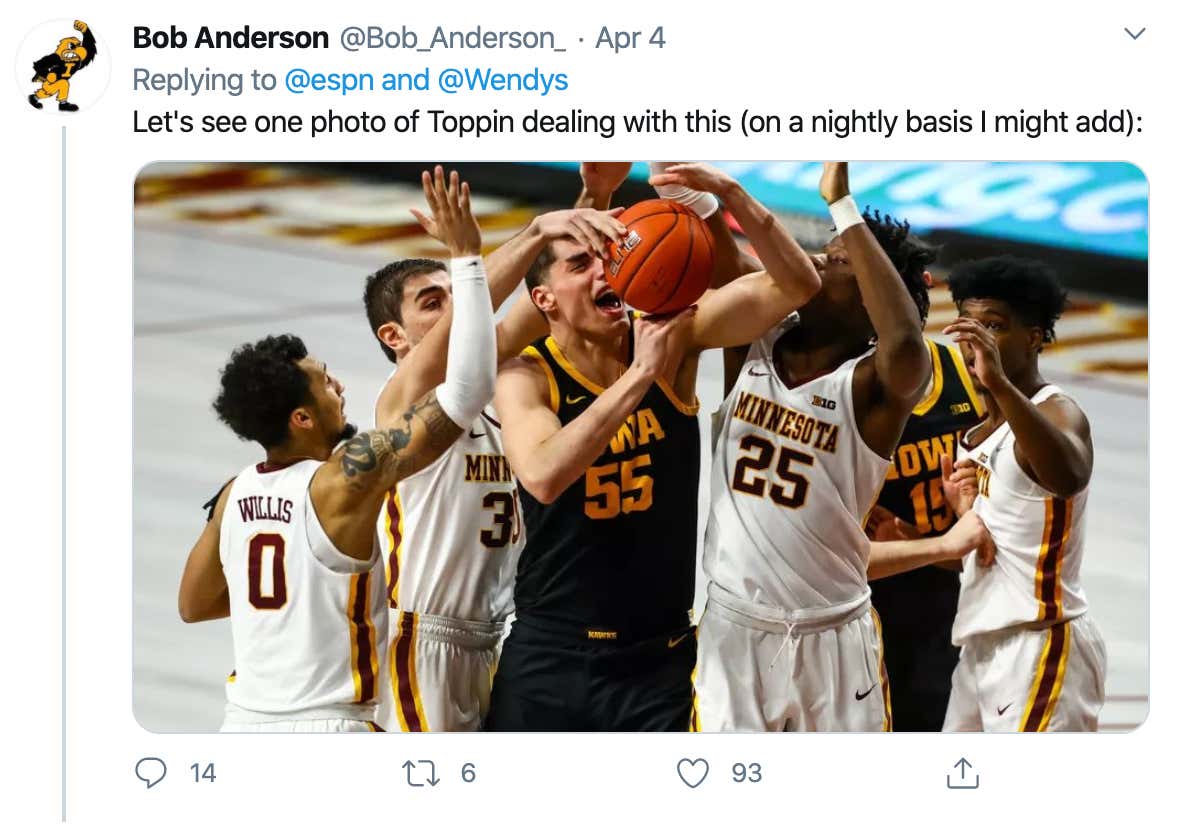 You get the point. Iowa fans have completely lost their goddamn mind especially since they've never watched Obi Toppin play. If you say the line 'all he does is dunk' you're a grade A moron. Toppin is the reason Dayton was better than Iowa. Toppin's ability to play the 5-out offense, initiate as a point-center in a way, be a playmaker and also attack off the bounce is why Dayton had arguably the best offense in the country. Yes, Garza was unbelievable and being a consensus All-American is pretty fucking good. But, it's not close for NPOY. Iowa legit had to run a defense to hide Garza because he struggles so much on that side of the ball. That matters too.

It's hilarious that Garza had to put out this statement though. Fucking Iowa fans are apparently ruthless when they have one great player.