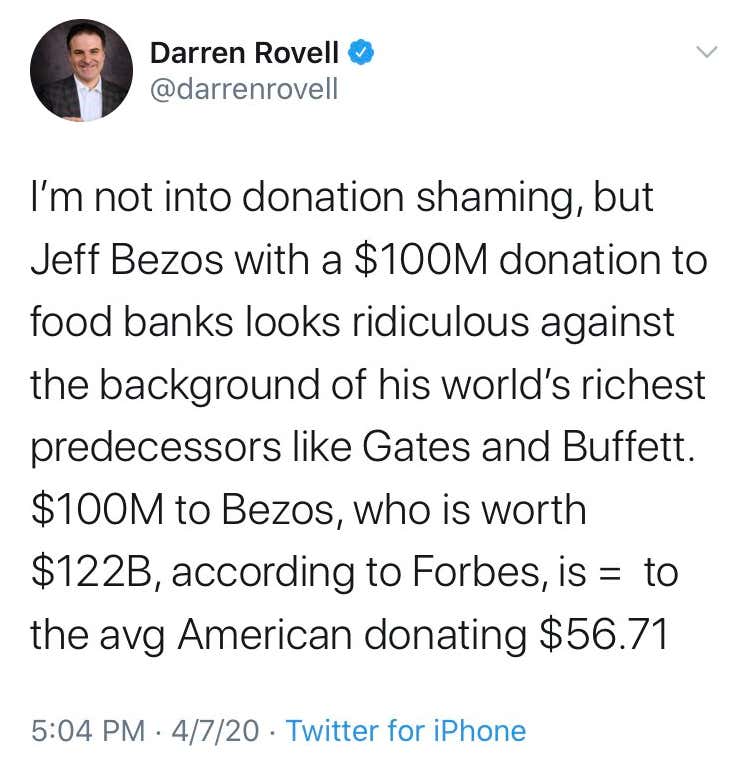 "I'm not into donation shaming but let me just get this tweet off right here and donation shame." What a fucking asshole this guy is. Deleted it like a coward to once he realized he sounded like a dickhead. 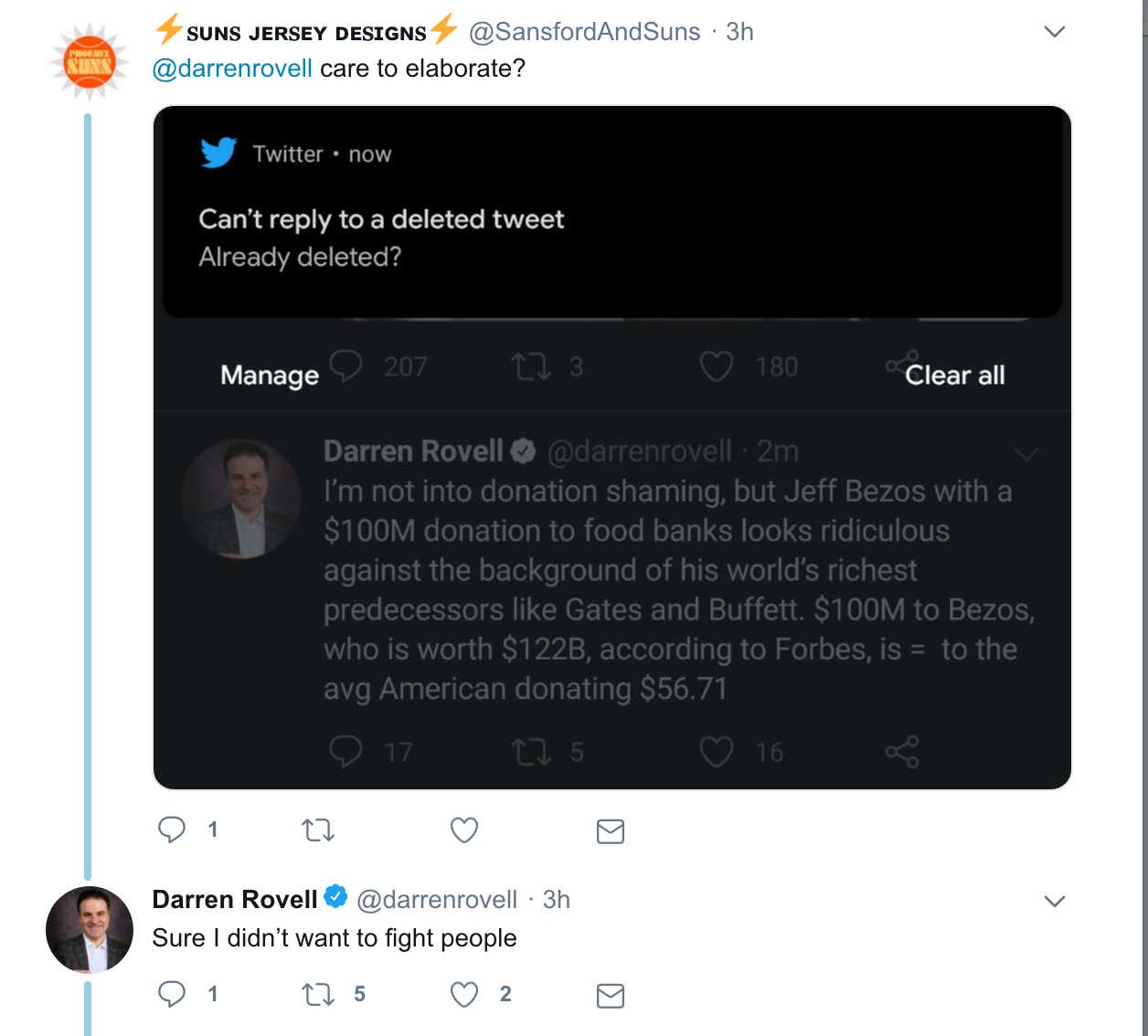 The people who play this game with the rich and generous people of the world are such goddam assholes. Its particularly astounding coming from a person with a job in social media and a brand all about money and figures, but its not just isolated to socially miscalibrated weirdos like Rovell. Its idiots of all kinds. Morons who are overly political. Jackasses who are ungrateful. Dickheads who are jealous. Who knows. Whatever your motivations are, and whatever your justification is, just understand this:

If someone donates ONE HUNDRED MILLION DOLLARS to a cause, that is a GOOD THING. Period. Stop. End of statement. No need to calculate percentage of net worth. No need to compare them to other generous rich people. The man donated 9 figures to food banks. Thats fucking incredible. No matter what your net worth is.

And by the way its not like net worth means Bezos has like 122 billion dollars in his mattress at home. Like hes got 100 billion cash, liquid on him. Like hes swimming in 122 billion dollars worth of gold coins like Scrooge McDuck. Yes, his Amazon empire and his stock and his total value is worth far more than 100 million...but I dont care what your business value is at, writing a check for 1, followed by 00,000,000...thats eight goddam zeroes...thats extremely, insanely, wildly, and overly generous. Any reaction other than "Wow, thats an amazing gesture!" makes you a complete goddam asshole. Unless you are gonna step up and donate $100,000,001, hes doing more than you. Nobody cares about the effort you're making relative to your broke ass bank account. The gold star you wanna give yourself based on percentage of net worth does not help food banks put more food on people's tables. More money helps them put more food on peoples tables. So until you donate more than him, zip it.