These Marines are serving up looks while they're serving the nation and I am very much here for it:

Before I blogged this I wanted to reach out and make sure it was ok, and was lucky enough to speak with one of the Marines in the video, Staff Sergeant Diana Renteria.

It makes me sad to admit this but thinking back to the culture when I was in and remembering it was not always accepting of military women, especially online (incredibly massive understatement), I felt nervous for SSgt. Renteria and the other Marines in the video. So I asked her why they chose to put themselves out there, likely knowing mil-bro/vet-bro sites would go after them.

Things are difficult right now and this was something light.

We also wanted to display to ladies across the nation… wanted to show them.. not to let a family member or someone stop them from reaching their dreams… Firefighter, cop, military, specifically the Marine Corps. That inspiration is difficult to come by.

So we said, 'Let’s do a video of Marines from different backgrounds, different people, different women,' to display that it doesn’t matter what walk of life you’re coming from. If you want opportunity and challenge this is where you’re going to find it. And that it doesn't have to be, 'you can do both'. It's that you can do whatever [job] you want and still stay true to who you are at the same time.

We also wanted to be tasteful and respectful because these are all active duty Marines, including me. Right now I'm a recruiter in the Los Angeles area, the station commander for Santa Clarita.

So those worries I had about any flak they'd get were not worries to them. I mean, don't get me wrong fellas, I get it, these ladies are indeed hot stuff… But the video wasn't for guys in the first place.. they weren't even a thought or a mention. (Sorry Vet Brogandy.)

It was for women like me who didn't ever see any images of women in the Marine Corps growing up. And for girls on the come-up who think they might want to serve but feel like they might be alone or won't fit in. And for women currently serving who are often one of only a handful of women in their units (if they're not the only one at all).

And it might seem like I'm making a lot out of some quick viral-trend video of military women looking gorgeous & then appearing in their Dress Blues, but that's how rare it is to see representation like that. Ask the ZBT group chat I excitedly rambled about it in today. I was floored. Women still make up only around 7% of the Marine Corps in 20-fucking-20, so seeing this many of 'em together at once was like catching sight of a unicorn herd. 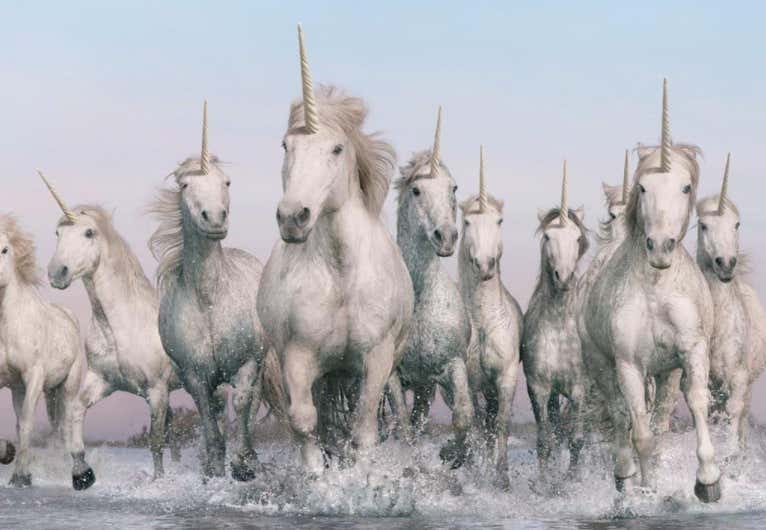 …but seeing them racking up tens of thousands of views on various platforms in theirs is good enough. A pretty smart move for women trying to reach more women if you ask me.

Thanks again to SSgt. Renteria & all the Marines out there continuing to serve (and slay) (nail polish emoji even though they can't wear nail polish).