If sports are going to be played this year then the likelihood of fans being allowed in the stands is basically 0%. Taiwanese Baseball is giving it a go this weekend and the master plan to fill the emptiness and create some kind of visual is to put robot mannequins in place of fans. Not just normal creepy mannequins, nope ROBOT MANNEQUINS. I guess those are just robots right? Anyways, are we going to get a robotic wave started in the stands mid-game? What about robot fights in the stands? That would kind of be electric assuming it doesn't lead to the robots taking over the entire stadium/world.  Would be funny if they were cheering when the team was losing like some video game and just completely malfunctioned.

Ever since I saw the movie I Am Legend I get freaked out by even the sight of mannequins. The whole thing with Fred creeped me out more than the zombies themselves. The whole time I was expecting him to be real. There's even a slow-mo shot of Fred turning his head which is really just the movie shows us Robert Neville losing his mind. Fuck Fred. Fuck mannequins.

Aside from the creepiness of this all, shout out this mannequin who's about to down a whole bottle of whiskey during a baseball game. I roll with that guy. 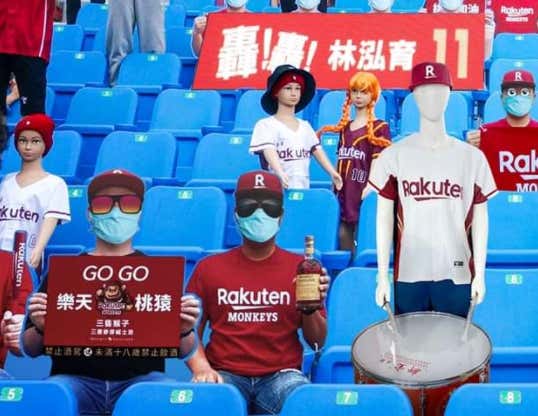